Our brands
Homepage > Uncategorized > Can’t top this: Watch the Northern Lights from this ‘hotel on skis’ in the Arctic 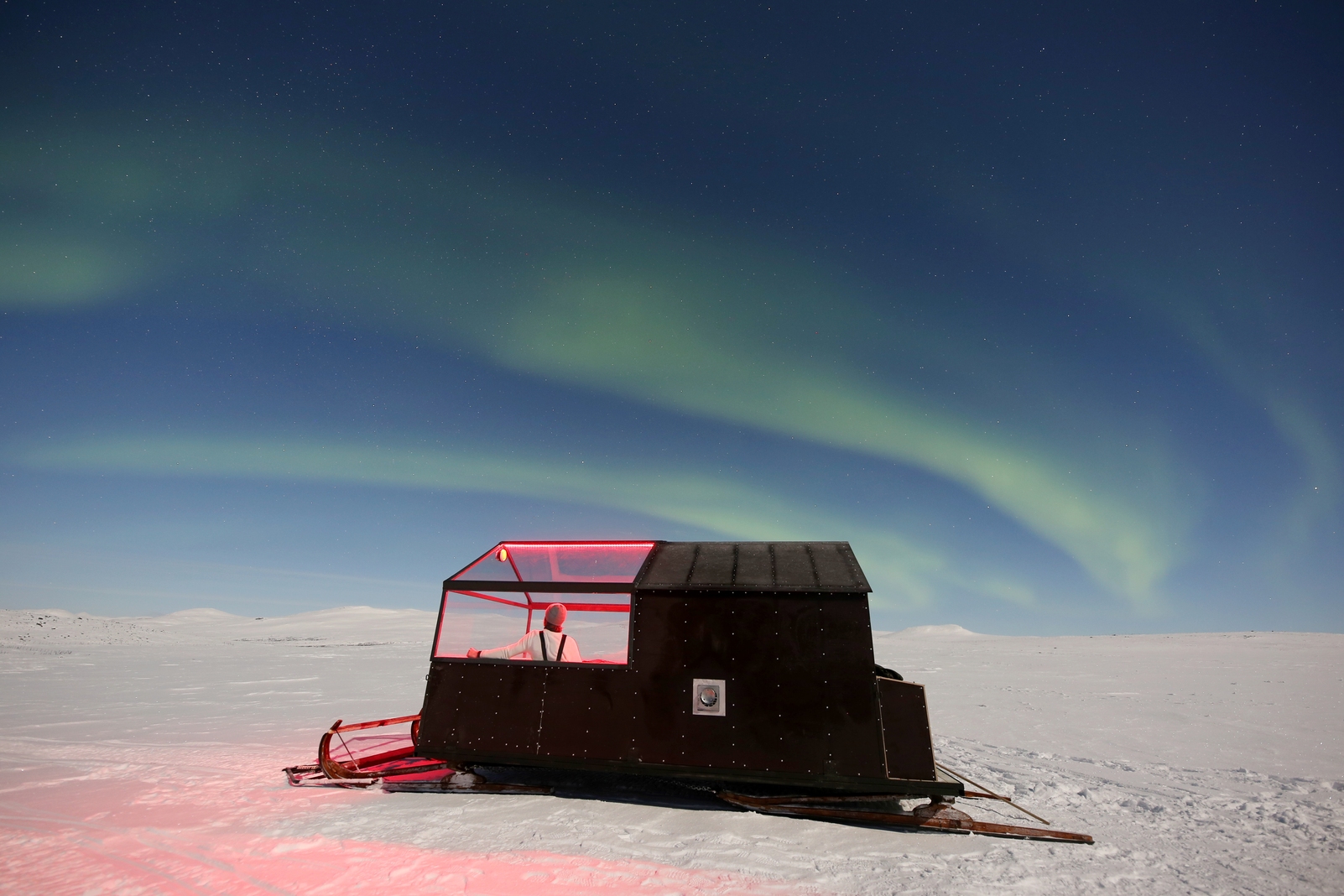 Can’t top this: Watch the Northern Lights from this ‘hotel on skis’ in the Arctic

NEW and exotic travel experiences are few and far between. Here’s one that’ll definitely catch the eyes: you get to live in a glass-walled cabin, set in the middle of an untouched snow plain, with the Northern Lights playing out overhead.

All that’s possible thanks to luxury travel purveyors Off the Map Travel, who specialise in organising bespoke tour solutions for well-heeled and experience-hungry globetrotters travelling to the Arctic.

The cabin in question rests on a giant pair of skis, which is towed into an ideal aurora-spotting area for the duration of your stay. This is all set in the Kilpisjarvi wilderness – an area of Northern Finland that holds the number one spot for most clear nights per year and most aurora activity in all of Finland.

With all that ice around, it’s no surprise the prescribed activity during the day is snowmobiling the living lights out of the hills, before retiring for the night. This may not take too long – a January trip means you only really get a smattering of sunlight before dusk sets in. We recommend visiting the Three-Country Cairn, the spot where Finland, Norway and Sweden meet, so you can pull some Instastory shenanigans about being in three countries at once.

You get to plod around in the appointed snowshoes and are loaned kicksleds upon arrival to the cabin, before a guide sets up a campfire and roasts you some sausages. You’re then left to your own devices in the cozy and heated cabin, armed with snacks, drinks and the unpolluted night sky to gawk at while you recline on the bed (slightly larger than queen size, we asked.) Yes, there’s an en suite, equipped with a dry toilet (similar to airline WCs).

The cabin’s open for bookings from January to April, though other sources indicate most favourable probabilities for aurora sightings in March. Bear in mind, though, that the Lights – and the Arctic weather – are a fickle thing and aren’t a guaranteed occurrence. Hit up Off The Map Travels for inquiries and clarifications.

Images:  Kilpisaffarit for Off the Map Travels