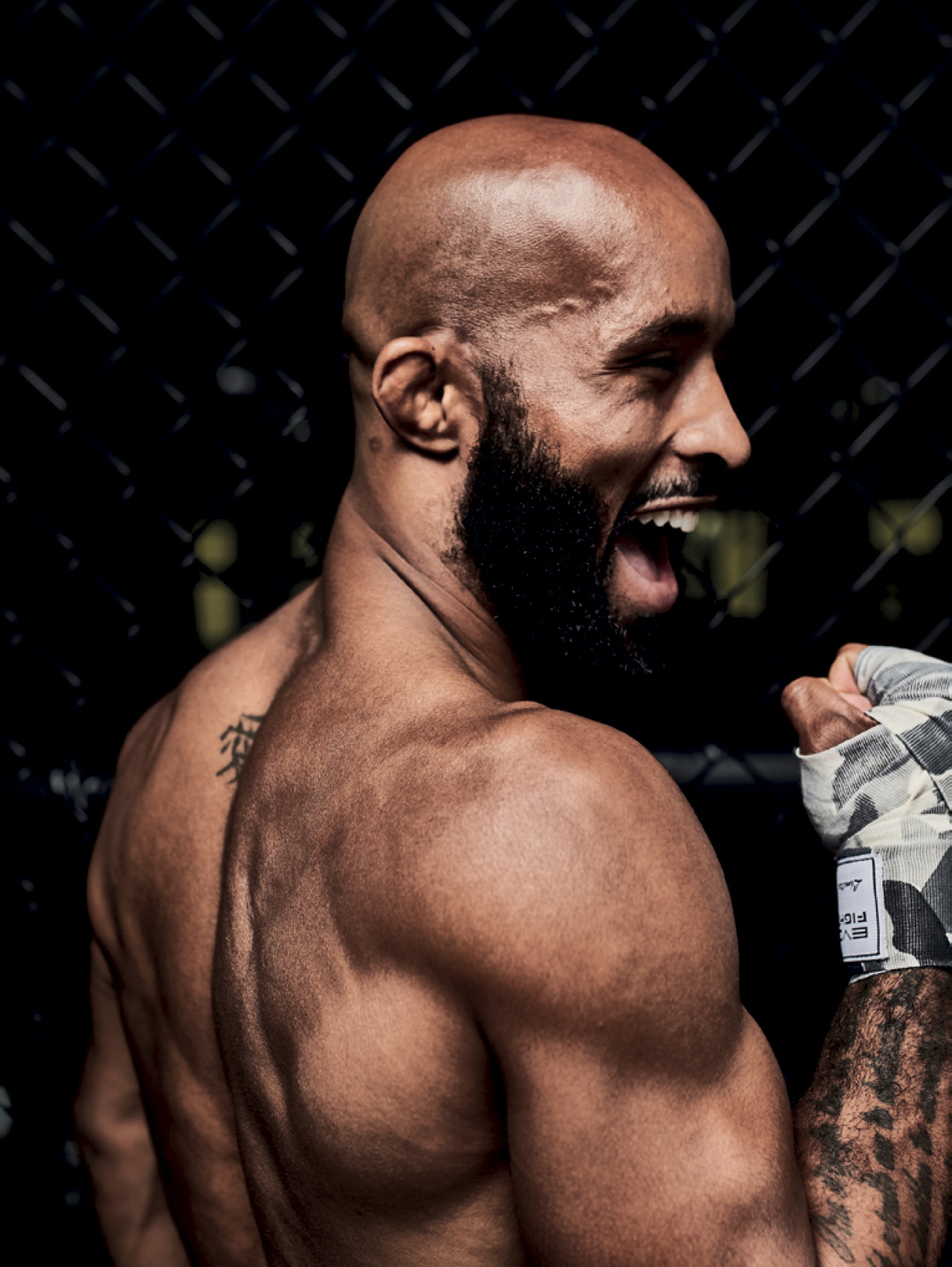 Demetrious Johnson may stand at only 1.6 metres. But the moment Demetrious Johnson walked into Evolve MMA’s training space for our shoot, on-going training sessions paused and all eyes turned to catch a glimpse of him. It’s less about the looks but more about the respect that the 33-year-old has garnered in the industry through the course of his career that prompted that reaction.

The record holder for the most UFC title defences was in town in July to prepare for a fight in Manila. One would expect someone of Johnson’s calibre to be standoffish, especially having landed from the States just the day before. Johnson was anything but; needless to say, catching up with the world champ was a breeze.

You’ve come a long way, from winning your first professional bout in 2007 to being hailed as the greatest pound-for-pound mixed martial artist in history. What actually got you started in MMA?

People have mistaken my interest in the sport for my enjoyment in beating people up. But I was actually more interested in protecting myself. While growing up, I was very drawn by martial arts programmes on TV and found the fights to be really cool. I was already learning wrestling in high school, but I wanted to see if I could take the sport more professionally. So I began taking training more seriously and along the way, I found AMC Pankration and my career took off from there.

What were you protecting yourself from?

Protecting myself in case I ever got picked on in the streets. I’m pretty petite and the streets can be quite dangerous in the United States of America, so I wanted to feel confident that I could defend myself.

Now that you’re here in Singapore preparing for your match in Manila, you’ve turned to Evolve MMA as your training partner. What draws you to it?

In terms of facilities, it has just about everything, making it an athlete’s playground. Furthermore, it holds the reputation of being Asia’s top martial arts gym where world champions train at when they drop by Singapore. Having trained here for a bit, I can see why it does.

You’re frequently considered to be the greatest pound-for-pound mixed martial artist in history. How does it feel to be called that?

It’s cool. I’ve competed in all forms of martial arts against everyone from top strikers to black belt fighters. I think the public gave me that title because they recognised that I’ve been a dominant champion. And for that, I’m very grateful.

So are you focused on holding that title?

My focus is less on that and really trying to be the best mixed martial artist I can be. Not just for the sake of it, though. I want to spend time with my family and be able to reap the fruits of my labour and share it with them.

As a well-respected veteran in the mixed martial arts circle, is there anything you’d like to share with the younger crowd?

What’s next for you, then?

The normal arc for athletes is to start coaching once they’re done competing, but that’s not really for me. I’m excited to explore more beyond the ring, so I’ve started to learn more about stocks and investments. On the more fun side of things, I’m also working on building my social media content on YouTube and Twitch. I stream a lot of my games there. I also want to play a part in developing ONE eSports.

Easy Full-Body Stretches You Can Do To Stay Loose

These Fitness Trends Will Change The Way You Exercise