7 Celebrity Endorsed Diet Trends To Get You In Shape This 2021
Sort & Filter
Close Filter
Sort By
Date
Relevance
Filter By Category
All Categories
All
Style
Culture
Gear
Food & Drink
Travel
Wellness
AM Select
Apply
Filter By Location
malaysia
All Countries
Wellness
Signed Up For The AstraZeneca Vaccine? Then Read This
Wellness
What You Should And Shouldn’t Do After Getting Your COVID-19 Vaccine
Wellness
10 To Follow: Runners On Instagram
Wellness

7 Diet Trends Which Are Also Endorsed By Celebrities 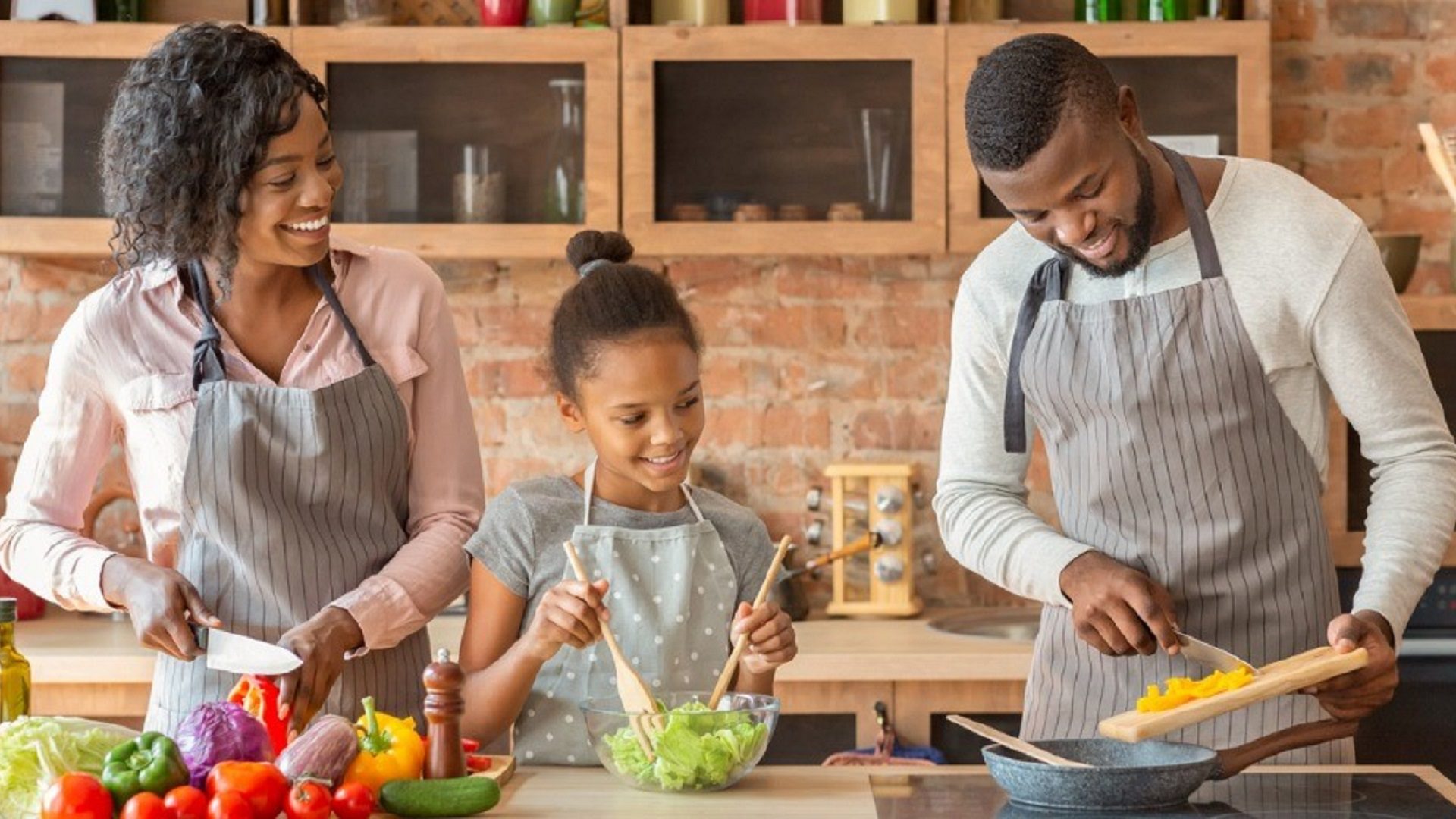 Mother’s Day 2021: Chef Sherson Lian And His Mum
CultureRead More
Dive into the Tissot Seastar 1000 Quartz Chrono’s aquatic elegance
StyleRead More
What Mido ambassador Kim Soo Hyun and the new Ocean Star 200C have in common
StyleRead More
The Next Stage: Altimet Rises To A Conscious State Of Mind
AM SelectRead More
Want in on the latest wellness tips and trends? We have it all. Sign up to receive it all.

There is nothing more important than staying healthy, and there’s plenty of diet trends to chose from these days.

From regular exercise to keeping a consistent sleep schedule, people are consciously adopting better lifestyle choices with a zeal far more than before. Part of this includes balancing one’s food intake, which plays an important role in providing energy.

The right diet for your body can help you stay fit or reduce weight. While some diet trends, such as the paleo, are tailored for weight loss, others like the DASH diet are designed to alleviate problems like hypertension. Some of these diets have also been embraced by Hollywood celebrities like Halle Berry, who swears by the keto diet, and Penélope Cruz, who prefers the Mediterranean diet.

Read on for seven of the best diet trends to try this year.

Also known as the caveman diet, paleo recommends eating foods that were consumed by our ancestors before the advent of agriculture. Followers of this diet have to give up sugar, processed foods, grains and dairy. The objective is to reduce carbohydrates in the system and increase protein so that the body begins using fat to produce glucose for energy. Among the foods that can be eaten are vegetables, nuts, fish, eggs and meat of grass-fed animals. Fruits are the only source of sugar. As per studies, this diet can help in reducing weight. However, research indicates that there isn’t enough evidence on its impact on overall health. Exclusion of healthy foods like whole grains, legumes and dairy has also been called into question.

Paleo was one of the diet trends Hands of Stone star Edgar Ramirez adopted to prep for his role of boxer Roberto Duran. “I was doing paleo, which is eating like a caveman pretty much,” he said in an interview with People.

This vegetable-heavy diet has a provision for consumption of meat in limited quantities. The diet is drawn from the eating habits of cultures around the Mediterranean Sea and includes foods such as whole grains, nuts, fruits and olive oil. In fact, oil is recommended as much as possible to reduce the need for butter. Red meat is limited and fish is preferred. Yogurt and cheese are the two of the types of dairy products that are eaten in moderate quantities. According to an American Journal of Clinical Nutrition study, the Mediterranean diet does help in weight loss. The diet, however, was not specifically designed for weight reduction and was seen as more effective for heart health. The 2015 – 2020 Dietary Guidelines for Americans by the US Department of Health and Human Services identify Mediterranean diet as a healthy diet.

Spanish actress Penélope Cruz is known to have tried this diet. “My diet is the Mediterranean diet, which is good food. I eat well but I try to eat healthily,” she told the Daily Mirror in a 2011 interview.

Considered by many experts as one of the best dietary regimens, DASH stands for Dietary Approaches to Stop Hypertension. It was created by the National Institutes of Health (NIH), an agency of the United States Department of Health and Human Services. The core objective of the diet is to prevent high blood pressure, but it also helps in improving the overall health with its balanced food recommendations.

Fruits, vegetables, whole grains, nuts and low-fat dairy products make up for most part of the diet. Lean protein-rich foods such as chicken, fish and beans are allowed in limited quantities. Low in fat, added sugars, salt and red meat, there are two versions of this diet. In the low sodium version, up to 1,500 milligrams of sodium a day can be consumed. The other option, which is the standard DASH diet, allows for 2,300 milligrams of sodium a day. DASH diet is recognised as one of the healthy diet trends in the 2015 – 2020 Dietary Guidelines for Americans by the US Department of Health and Human Services and US Department of Agriculture.

If you can follow the discipline of eating certain foods at specific times, the Super Carb diet can be an effective way to reduce weight and retain energy throughout the day. Designed by celebrity trainer and The Biggest Loser host Bob Harper, the diet advises a balanced intake of macronutrients — fats, proteins and carbs. Harper planned the regimen after suffering a heart attack in 2017 and wrote the best-selling book The Super Carb Diet: Shed Pounds, Build Strength, Eat Real Food.

In this system, processed foods are avoided entirely. Fibre-dense carbohydrates are consumed with the macronutrient content broken into 40 percent protein and 30 percent each of complex carbs and fat in every meal. Most of the carbs are supposed to be eaten earlier in the day. According to Harper, the foods eaten in this diet are usually the same ones consumed in the Mediterranean-style diet.

The South Beach diet is a modified low-carbohydrate diet developed in the mid-1990s by Dr Arthur Agatston — the Florida-based cardiologist after whom the Agatston score, which measures the amount of calcium in coronary arteries, is named. It became popular with the publication of his book The South Beach Diet in 2003. The diet was a result of Agatston’s search for a way to help diabetic, overweight and prediabetic individuals to lose weight as well as reduce risk of heart disease.

This diet works in three phases, and the foods to consume are slightly different every time. The first phase, which continues for two weeks, disallows fruits, whole-grain bread, whole-wheat pasta, brown rice, most carbohydrates and fruit juice. Seafood, high-fibre vegetables, low-fat dairy, skinless poultry, lean beef and soy products are some of the things that are acceptable. The next stage — which continues till you reach your target weight — becomes a little relaxed as some carbs are allowed. The home stretch is about following a dietary regimen based on the lessons learned in the first two phases.

There is no elimination of carbohydrates in its entirety, but carbs low in fibre and nutrients, high on the glycemic index and those that digest quickly are always avoided. (Think fries and fast food.) Unless one severely restricts the intake of healthy carbohydrates, the South Beach diet is found to be generally safe.

Among the diet trends, this regimen involves fasting for a specific duration between two meals and suggests a set pattern to be followed. One of them is the 16/8, or 8:16, method, in which the food is consumed within eight hours, preferably early in the day, and is followed by 16 hours of fasting, which includes sleeping time. One can also adopt an alternate day fasting routine over seven days or a 5:2 system. In this diet plan, only 500 to 600 calories should be consumed on two non-consecutive days in a week with no restrictions on other days. It is also known as the circadian diet because it helps the body to align better with the circadian rhythm — the internal body clock that constantly cycles between sleepiness and alertness.

A study conducted by University of Alabama found that a group that followed a 16/8 method had lower insulin levels, improved insulin sensitivity, and lower blood pressure than another group which didn’t. Decreased appetite was also noted in the first group. According to Dr. Deborah Wexler, Director of the Massachusetts General Hospital Diabetes Center and associate professor at Harvard Medical School, evidence suggests that “the circadian rhythm fasting approach, where meals are restricted to an eight to 10-hour period of the daytime, is effective”.

Weight loss has also been observed in some people who follow intermittent fasting. But, fasting as a method is not meant for those who are underweight, nutrient deficient, pregnant, children, teenagers, breastfeeding mothers and even those who may be sensitive to a drop in blood sugar levels.

Friends star Jennifer Aniston is known to follow this diet. In a Radio Times interview she said, “I do intermittent fasting, so there’s no food in the morning…I noticed a big difference in going without solid food for 16 hours.”

A ketogenic diet uses fats as the source of energy and for the 90 percent of daily calorie intake.

The goal is to make the liver produce fuel in the form of ketone bodies — which are created from stored fat. Thus, fat is recommended in each meal, the ratio of which depends on the particular needs of the body. Foods that are allowed are tofu, nuts, olive oil, avocados and seeds, along with high amounts of butter, palm or coconut oil and lard. Beef, bacon, eggs and fatty fish such as salmon, sardines and mackerel are also allowed. Low-carb fruits and vegetables such as berries, cauliflower, broccoli and asparagus can be eaten.

The foods that are consumed in this diet easily fill a person up. This is why it may reduce hunger-stimulating hormones resulting in weight loss. However, it is not the type of diet to try as an experiment. Since it is high in saturated fat, it can result in heart disease if meals are not regulated. The lack of vegetables and fruits can cause deficiencies in essential micronutrients such as vitamins B and C, while existing liver problems might be aggravated.

Oscar-winning actress Halle Berry “swears by the ketogenic diet.” In an interview with People, she said, “It’s just no sugar, no carbs…You can eat a big-ass porterhouse steak if you want. You just can’t have the baked potato.”