Our brands
Homepage > Wellness > Health > Bipolar Mood ‘Swings’: What To Know About Manic And Depressive Episodes And How Long They Can Last 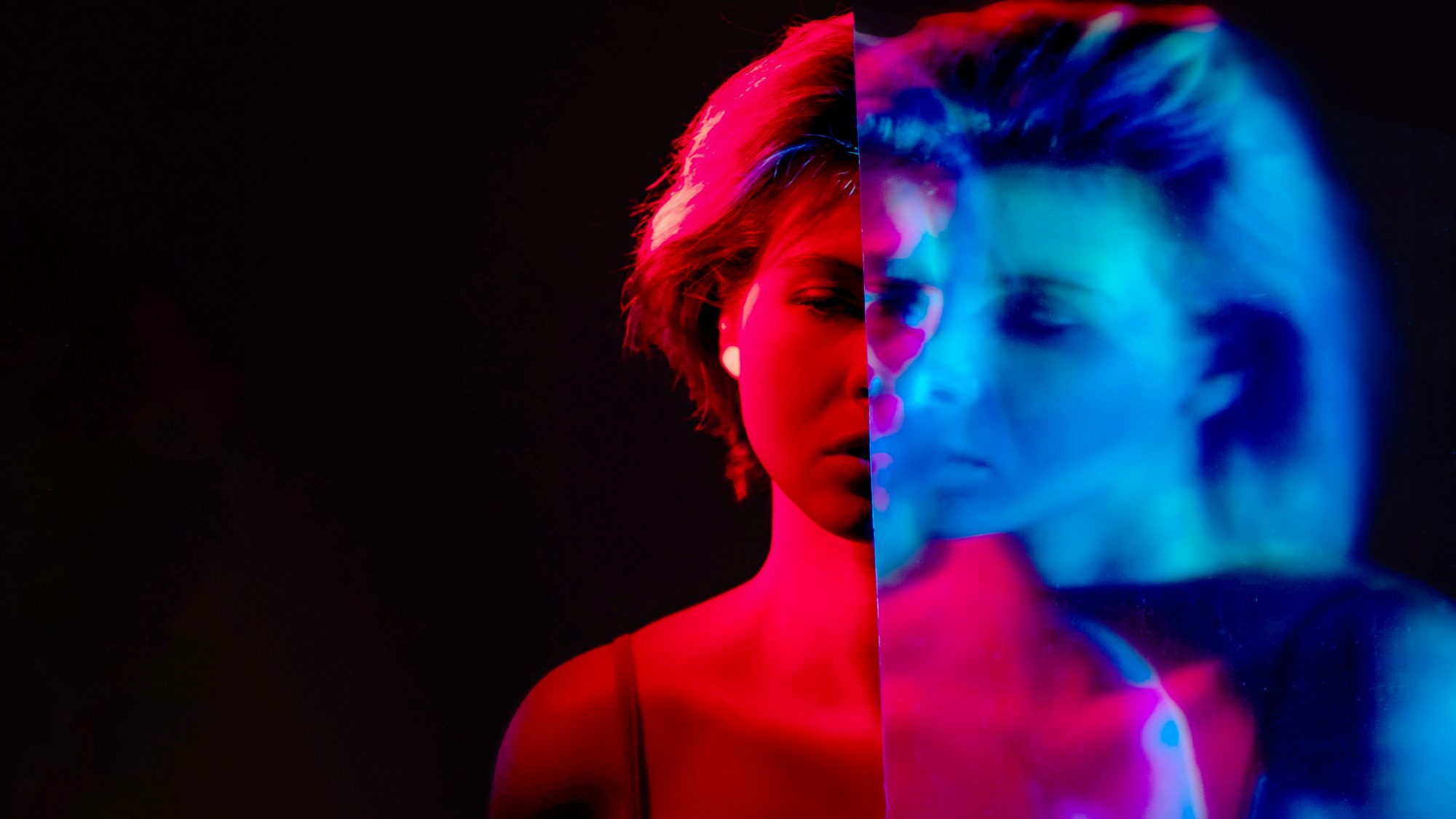 Bipolar Mood ‘Swings’: What To Know About Manic And Depressive Episodes And How Long They Can Last

Experiencing emotional highs and lows are part of the typical human experience — for the most part, we’re all on the same emotional rollercoaster throughout life. For many people, those moods are manageable; but for some people, mood fluctuations are far too extreme and can significantly disrupt their daily lives.

More serious “mood swings” — ones that can seriously threaten a person’s well-being or impact their daily schedule — are a common characteristic of bipolar disorder, and when related to the disease, they’re known technically as “mood episodes.” Though there are a few different types of bipolar disorder (bipolar 1 disorder, bipolar 2 disorder, and cyclothymic disorder), they all involve “clear changes in mood, energy, and activity levels,” according to the National Institute of Mental Health (NIMH).

Why It’s Important To Experience Both Positive And Negative Emotions

Reza Ramli On His Fight With Anxiety

The biggest difference between a typical mood swing and a mood episode in bipolar disorder is the length and severity—bipolar mood episodes consist of very high highs and extremely low lows for long stretches of time — and medical treatment from a trained psychiatrist, psychologist, or clinical social worker experienced in bipolar disorder management is essential. Here, mental health experts explain what a bipolar mood episode looks like, including how long it can last, what can trigger it, and the best ways to manage it.

What does a mood episode look like with bipolar disorder?

Those with bipolar disorder experience periods of unusually intense emotions, per the NIMH. These periods are known as “mood episodes”—typically categorised as manic episodes or depressive episodes. The mood episodes can last as long as several days to a few weeks, with symptoms presenting every day for most of the day.

Manic episodes specifically can make a person feel “up” or “high,” per the NIMH. When in a manic episode, a person may also feel a decreased need for sleep; they may start talking too fast; or they may feel distracted, agitated, or engage in risky behaviour, Ashraf Elmashat, MD, a psychiatrist with Keck Medicine of USC, tells Health. Technically speaking, “to be considered mania, symptoms need to last for at least seven days,” says Dr Elmashat. (That number can be lower if the mania is severe enough that the patient has to be hospitalised.)

When a person is experiencing a depressive episode, they may feel “down,” or hopeless, the NIMH says. Depressive episodes can also impact a person’s behaviour, causing changes in sleep, appetite, and loss of enjoyment in normal activities.

It’s also possible for a person with bipolar disorder to experience both manic and depressive feelings in the same episode—that’s known as an episode with mixed features. People going through this type of episode “may feel very sad, empty, or hopeless, while, at the same, time feeling extremely energised,” the NIMH says.

While the mood episodes associated with bipolar disorder are also unusual, they may not always be extreme — or as extreme as one might assume. While those with bipolar 1 disorder tend to have the most intense emotions, people with bipolar 2 disorder may experience what’s known as hypomania, or a less severe form of mania, per the NIMH. “[Bipolar 2 disorder has] the same symptoms as bipolar 1, but the severity and the duration are less,” says Dr Elmashat. These hypomania symptoms may not interfere with a person’s daily life, but they may be noticeable enough for family members to realise something is off, like decreased energy or excitement.

What can trigger bipolar mood episodes?

It’s well known that as a condition, bipolar disorder is highly genetic, meaning you’re more likely to be diagnosed with it if you have an immediate family member who also has the disorder. But experts aren’t quite sure why mood cycling happens in bipolar disorder, or what exactly causes people’s mood to change so drastically, James Bennett Potash, MD, MPH, a professor of psychiatry at The Johns Hopkins University School of Medicine and a psychiatrist with Hopkins Medicine, tells Health.

There are, however, some common triggers for bipolar mood episodes. Stress, in general, can trigger a change in mood, says Dr Elmashat. For example, a job loss, death in the family, financial stress, can all trigger bipolar episodes. Drug and alcohol use, he says, are also known to trigger bipolar disorder.

Antidepressant medications may also play a role in mood cycling, says Dr Potash. While some bipolar patients may take antidepressants to help with their depressive episodes, he says doctors are very careful about how they use them, so as not to trigger manic episodes. That’s why, when antidepressants are necessary, health care providers may monitor patients more closely, or pair the drugs with other mood-stabilising medications.

Sleep deprivation may also play a role in destabilising people’s moods, adds Dr Potash. Manic episodes often include periods of sleeplessness, which can make it more difficult for people with bipolar to reach a stable mood. For that reason, Dr Potash says health care providers treat manic insomnia with sleeping medications to encourage sleep—and, as a result, more stable moods.

Some people with bipolar disorder experience rapid cycling, in which they shift from high to low mood (or vice versa) quickly over the course of days or even hours. According to Dr Elmashat, rapid cycling involves one episode of either depression or mania or hypomania four times in 12 months, and it can occur in both bipolar 1 and bipolar 2. Most often, Dr Potash says, rapid cycling with bipolar affects younger people, like teenagers, and it requires more intensive treatment than typical mood cycling.

How can someone cope with bipolar mood episodes?

If you’re diagnosed with bipolar disorder, your health care provider will work with you to come up with a treatment plan to keep your moods stable. According to Dr Potash, doctors often prescribe a class of medications called mood stabilisers, such as Lithium, to prevent mood cycling. In patients with severe bipolar that involves delusions or hallucinations, antipsychotic medication can also be paired with mood stabilisers.

Psychotherapy, or talk therapy, is another important part of helping keep mood stable. Working with a therapist can help people with bipolar disorder understand their condition, adhere to their treatment plan, and deal with the fallout of potentially harmful behaviours caused by mood cycling. “Psychotherapy is something we should use for every patient with bipolar disorder,” Dr Potash says. “It’s not so much that we think it cures bipolar, but so often psychotherapy is essential to engage a patient in the treatment process.”

If a patient isn’t responding to medication and therapy alone, there are other ways to treat it. For example, a doctor may recommend electroconvulsive therapy (ECT), which can be an effective way to treat bipolar disorder, per the NIMH. ECT works by sending electrical currents through a person’s brain to alter brain chemistry and, as a result, improve symptoms. ECT can also be extremely helpful in situations in which a rapid treatment response is necessary, such as with those who are at risk of suicide, or are catatonic, the NIMH says.

Understanding the symptoms of bipolar disorder is an important way to recognise early signs of mood cycling so you can check in with your therapist, doctor, or a trusted loved one. According to the Substance Abuse and Mental Health Services Administration (SAMHSA), it can also help to stay on a routine as much as possible, reduce stress where you can, and avoid alcohol or illicit drug use. It’s also important to stay on top of the treatment plan recommended by your health care provider.

If you’re experiencing fluctuations in moods that are interfering with your ability to function in more than one area of your life, Dr Potash says it may be time to ask for help from a medical provider. A psychiatrist is a medical doctor who can diagnose and treat symptoms with medication, but you can also start with your primary care provider or a psychologist. No matter where you begin, reaching out is an important first step for your health and well-being.

This story first appeared on www.health.com

Health and the Health Logo are registered trademarks of Health Media Ventures, Inc. Used under License.

What Is Dirty Fasting — And How Is It Different From Clean Fasting? Here’s How A Nutritionist Explains It