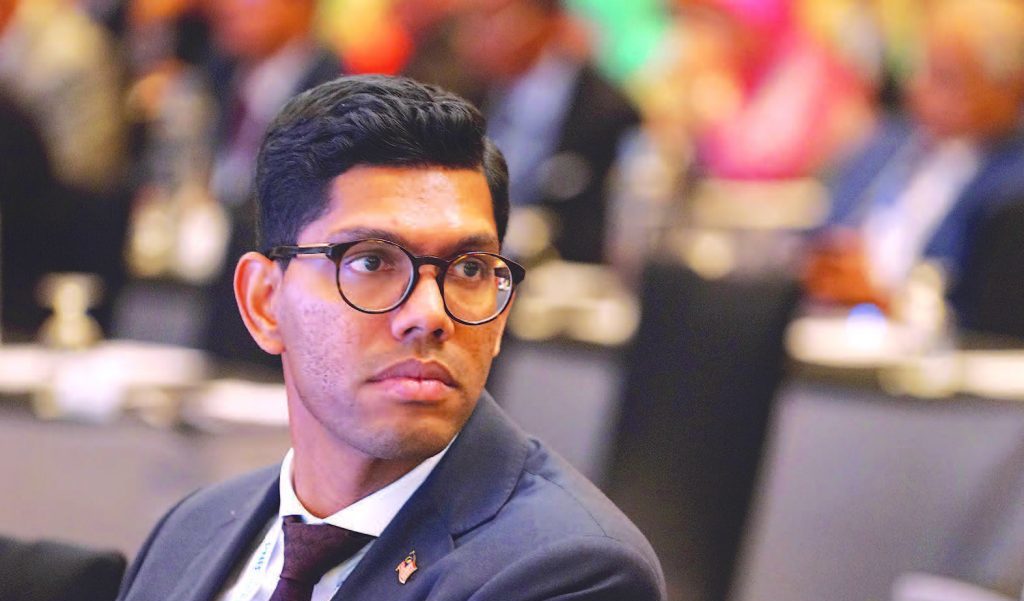 Jalil Rasheed is the first non-family member to become CEO of Berjaya Corporation. Hero image from The Malaysian Reserve; Featured image from Bernama

BMW 4 Series Convertible Ushers In A New Era For Open Top Motoring
GearRead More
Gucci Melds Their House Code with Balenciaga’s For Their Centennial
StyleRead More
Longchamp X EU “Been A Champ” Collection Brings Out The Champ In You
StyleRead More
Life in Edo | Russel Wong in Kyoto Exhibition Explores Japanese Culture And Craftsmanship
CultureRead More
Want exclusive travel tips, destination ideas and reviews? We have it all. Sign up to receive it.

Jalil Rasheed is now serving as the CEO to family-owned Berjaya Corporation, which is the conglomerate behind brands like 7-Eleven, Starbucks, Berjaya Hotels & Resorts, to name but a few.

This is a major move for Tan Sri Vincent Tan’s group, as Jalil Rasheed replaces his son, Dato’ Sri Robin Tan, who has since been promoted and reassigned as executive deputy chairman of Berjaya Corp.

And in a statement released by the Corporation, Jalil, who will be working closely with Tan Sri Vincent and Dato’ Sri Robin, has been tasked to be involved in all strategic decision making and planning the future business direction of Berjaya Corp.

Having over 16 years of experience in global firms, Jalil’s capability has been proven. Around the beginning of his career, Jalil Rasheed grew from being an investment manager to head of equities and finally the CEO of Aberdeen Standard Investments – a leading global asset manager, dedicated to creating long-term value for its clients.

After all, the Liverpool F.C fan states on his LinkedIn account that he is best at being strategic and aiding business transform into its full potential. To date, Aberdeen Standard Investments is the longest company he has been with, just a quarter shy of eight years.

He then moved on to Singapore, where he was CEO of Invesco Limited for six and a half years, during which he most likely attained his Singaporean Permanent Residency.

This was then followed by a number of stints as chairman back in Malaysia for Jewel Digital Ventures, Prolintas Group and Sapura Energy, each of which lasted nine months.

Then came his most publicised role yet, that of president and group CEO for Permodalan Nasional Berhad (PNB), a highly-sought after role within the largest fund management company in Malaysia.

This was his last major role before getting into Berjaya Corporation, with Bloomberg citing that he first ventured into the group via its Berjaya Sports Toto arm in June last year.

However, his time at PNB was short lived, as his educational qualification came into question. The La Salle PJ alumnus mentioned that he had completed his degree in the prestigious London School of Economics (LSE) – a member institution under the University of London.

While there may be some confusion as his degree is said to be led with academic direction from LSE, upon further inspection, it was found not to be true.

In an email to the Securities Commission Malaysia, Chris Kendrick – the LSE alumni and support engagement head at the time said, “Anyone who successfully completed their University of London course with academic direction from LSE is a University of London graduate, not an LSE graduate.” And Jalil Rasheed went on to change the info on his LinkedIn account as well.

Apart from that, theories abound that there could have been some degree of corruption when it came to Jalil Rasheed’s appointment as president and group CEO of PNB. With some noting that his marriage to a politically-linked individual might be the reason he was named the youngest CEO of PNB; drawing parallels between the time the previous government toppled and his resignation from the company.

The father of two went on to tweet his side of the story. from which it can be seen that he’s definitely a family man, who prioritises their safety as well.

Today, I have resigned as President & Group CEO of PNB. There were so many rumours going around, allow me to clarify through this thread.

And in following tweets, it can also be seen that he is a God-fearing individual who doesn’t harbour any resentment towards those who may have done him wrong.

He must have some calibre after all, for a billionaire to handpick him to take over the role his own son once held. And in a show that he’s in it for the long haul, it was also recently revealed that Jalil invested into 70 million of Berjaya Corporation’s shares, which shot up 16.67%, the highest in seven months, since the announcement of his appointment – thus making him a 1.4% stake holder in the company he is helping to run.