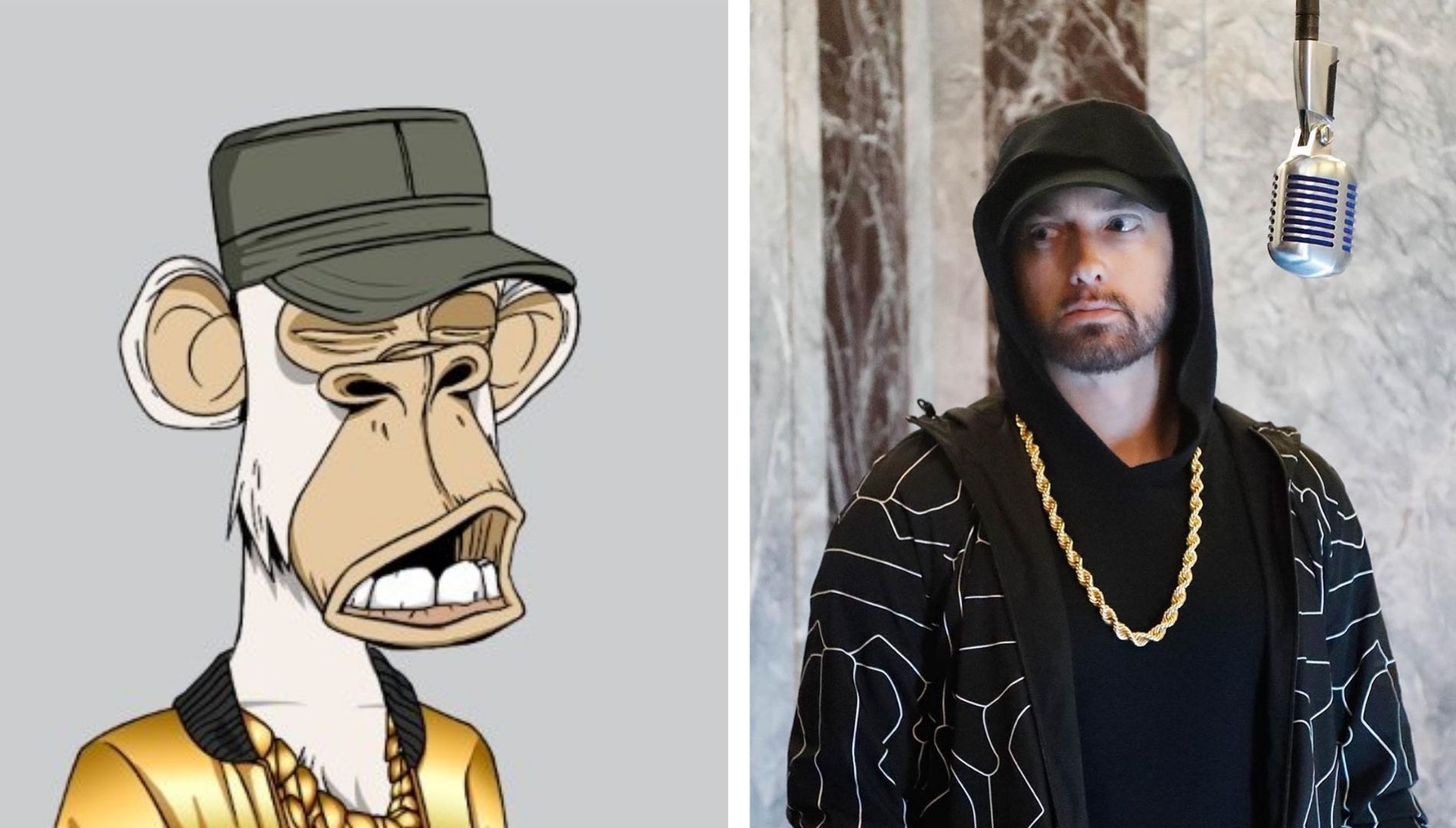 American rapper, songwriter and one of the bestselling music artists of all time, Marshall Mathers aka Eminem, has yet again ventured into the metaverse with another Non-Fungible Token (NFT) purchase.

Here’s what we know about the NFT transaction

The purchase of BAYC #9055 was done by the account holder Shady_Holdings on OpenSea. The NFT was bought from its owner Geegazza who couldn’t contain his excitement on social media.

I sold @Eminem his @BoredApeYC pic.twitter.com/7MQtx0Fpse

Also known as Slim Shady, the rapper shared the news of this extravagant purchase by changing his social media profile photos to the BAYC token and since then, Twitter cannot stop talking about it.

Popularly called the ‘EminApe’, the NFT was bought via digital agency Six, which has previously handled NFT dealings of celebrities like Wu-Tang Clan, Tycho and Galantis.

I’m living in a simulation.

Thank you @Eminem for buying my ape and joining the club!

Madness. Let me write a lyric in your next single 🤣 pic.twitter.com/myGNRmMLeD

Other NFTs owned by the rapper

The ‘Without Me’ singer’s account shows several other NFTs, ranging from Lil Baby Doodles X NFTs and Ditaggdogg#1 to Superlative Apes #3880. His account also boasts several other coveted NFTs, including SABC #2615, Shaq Gives Back #4077 and Adult Fantasy Sub-Dude (130/151). There are currently 16 NFTs in the Shady_Holdings account.

Eminem has been transacting NFTs for a long time. He had launched his own beat-inspired animated NFT collection of Stans in April 2021. The sale, which gave the NFT universe a massive boost, took place on the NFT marketplace Nifty Gateway. Again, in August, Eminem joined hands with Paul Rosenberg and entered several venture funds that added almost USD 30 million to the NFT platform called Makersplace.

For all those wondering what Bored Ape Yacht Club is, we’ve got you covered.

With a collection of over 10,000 NFTs on the Ethereum blockchain, it is one of the largest digital collectibles platforms. The concept is gaining immense momentum as more and more people and celebrities hop on the bandwagon to invest cryptocurrency in these unique and exclusive collectibles.

In fact, if you buy a BAYC NFT, the “token itself will double as membership to the swamp club for apes,” reads the BAYC website. It will also grant access to members-only features and benefits, for instance, the ‘Bathroom’, which is a collaborative graffiti board.

Bored Ape Yacht Club eminem Metaverse NFT
written by.
Trinetra Paul
An ardent foodie, Trinetra seeks every opportunity of travelling and writing. Storytelling and slam poetry are her go-to jam. Her lazying around ideas includes binge watching and whipping up some snacks or searching the next place to visit.