Homepage > AM Select > Hit List > From Poo To Jellyfish, Here Are The Strangest Renewable Energy Sources From Around The World 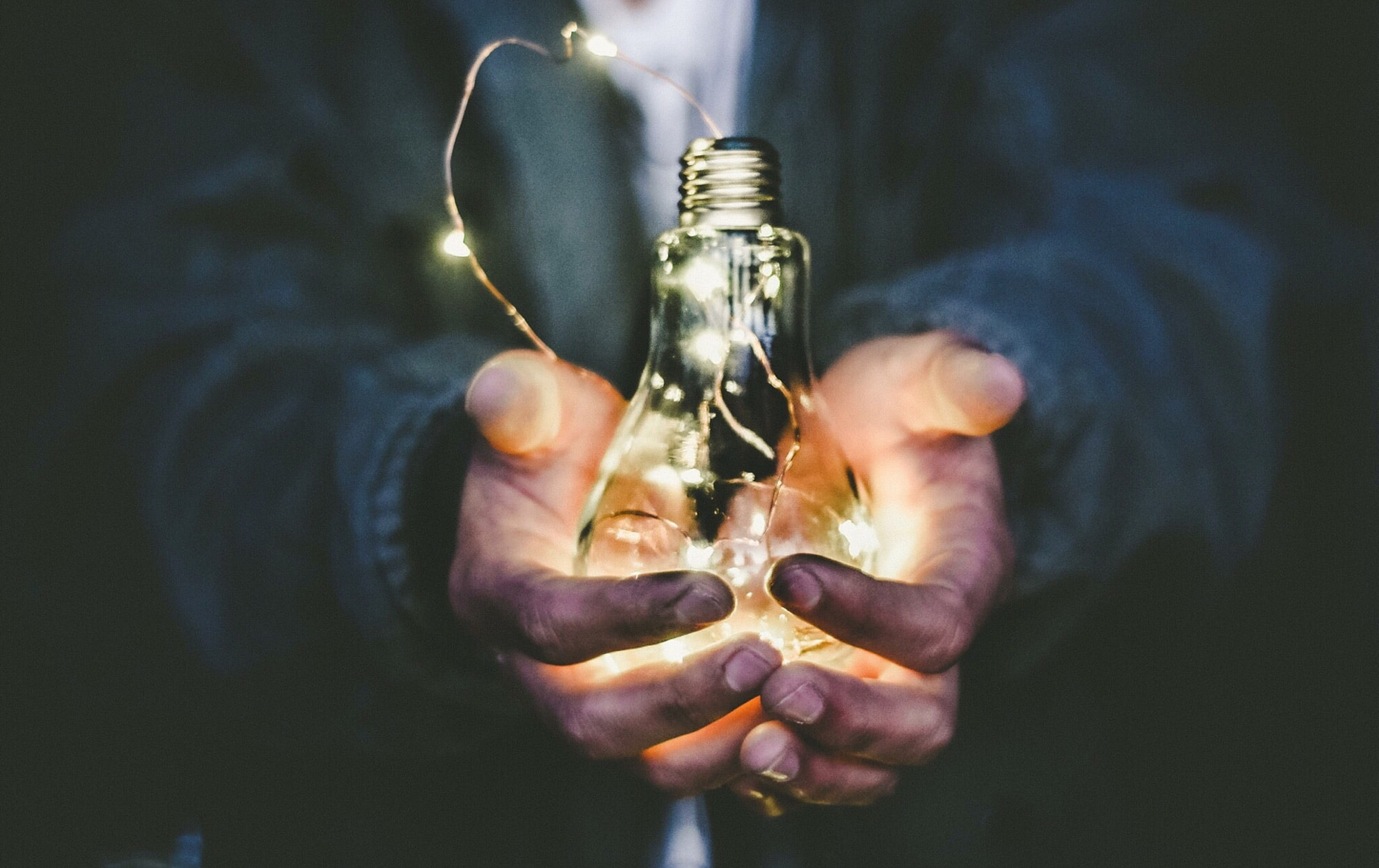 From Poo To Jellyfish, Here Are The Strangest Renewable Energy Sources From Around The World

According to research, worldwide power consumption is set to double by 2050. This places an even greater urgency on green energy sources becoming available to the masses. However scientists and researchers from across the globe have identified some sources of renewable energy most likely to be powering our homes in the near future.

Believe it or not, it seems that everything from poo to jellyfish to seaweed and cows could play their part.

Speaking to the energy experts at money.co.uk, scientists reveal some promising ideas. Imagine dancing in your kitchen to power your kettle or using the waste from your bathroom to power your shower. Although sounding more like science fiction than science fact, work is underway to make these renewable energy sources a reality.

How we produce and consume energy will shape the future of our planet. Experts warn the clock is ticking; drastically reduce our carbon impact or face the consequences. Naturally, the need for alternative sources of energy is undeniable.

Recognising the urgency, governments are channeling significant investments into research projects across the globe trialing unconventional energy usage solutions. The goal is to ultimately provide cheap, green energy plans to the masses.

Although some of these innovations do sound bizarre there is no denying that the need for renewable energy is more important than ever. These are some of innovative alternative energy sources in development right now.

Insight reveals 2,000 new homes in Kingston Upon Thames are set to be powered by poo, otherwise known as biogas energy, a ground-breaking scheme that utilises human waste in sewage plants to generate electricity led by Thames Water. With the ability to reduce millions of tonnes of carbon emissions each year, the scheme has the potential to provide clean, green heating to new homes and, if successful, is expected to be a model for similar schemes across the UK. Whilst scientists at Bristol University have recently submitted plans for a first-of-its-kind residential setting to trial their newly harnessed ‘pee power’ technology. 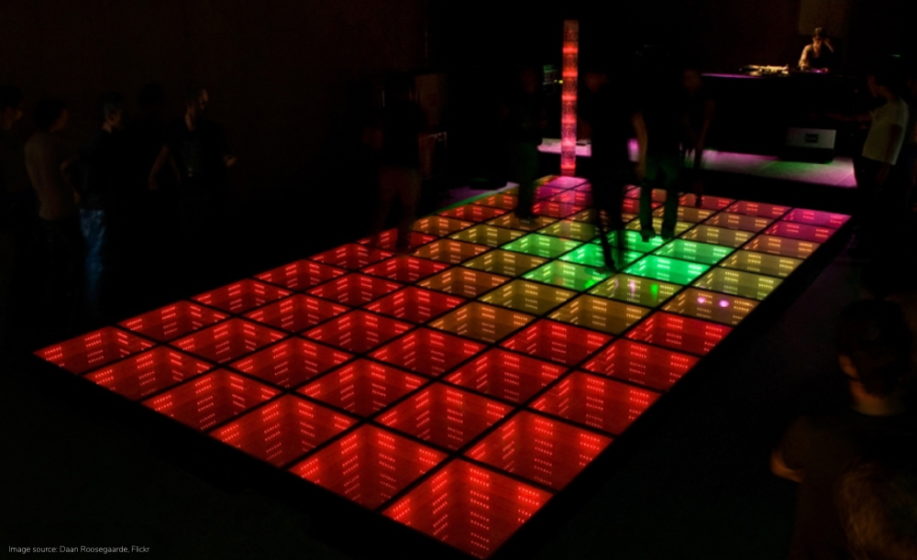 Kinetic floor tiles are the latest technology when it comes to energy harvesting from innovative sources: the tiles transform footsteps into electricity, which can power everything from street lighting to interactive adverts. This transformative technology is already being used in nightclubs in Japan and there are attempts to distribute this new energy source out on a wider scale (think pavements and offices). The London Underground already features these clever tiles to generate energy, so it won’t be long before we see (and step on) more of these in everyday life.

Dutch artist and innovator Daan Roosegaarde and his team of designers and engineers work to connect people and technology in bespoke artworks: ones that improve daily life in urban environments, spark imagination, and fight the climate crisis. They have even created an interactive dance floor for a nightclub in Rotterdam, that generates electricity through the act of dancing. The sustainable dance floor produces up to 25 watts per module, meaning that the generated energy can be used to power the lighting and DJ booth. 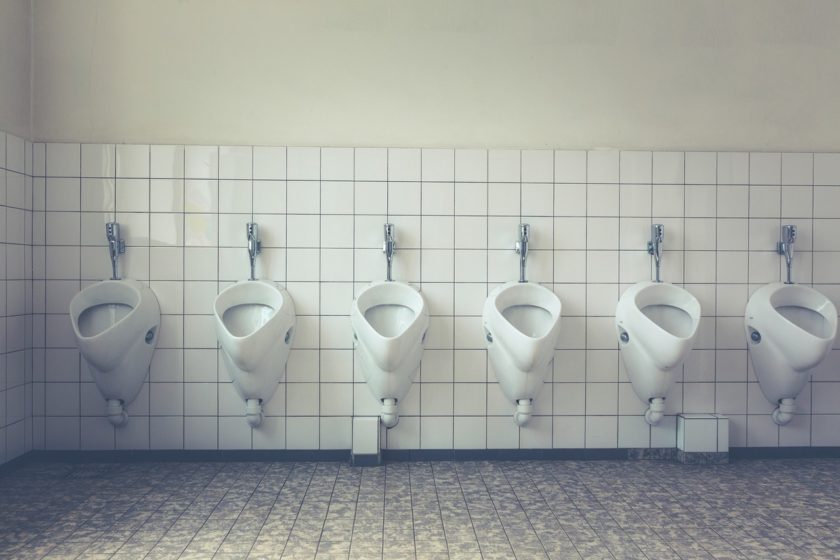 Developed by Bristol University, Microbial Fuel Cell energy is set to be trialled for the first time in a residential setting this year. The property in question will be the only home in the world to use pee power as an energy source for electricity.

Bristol BioEnergy Centre Director, Professor Ioannis A. Ieropoulos, who worked on the trial, comments: “I think there is a real desire for schemes like ours, we’ve had generally very positive feedback as people seem to be open to the prospect of converting waste directly into electricity.”

After successful pilot projects, Ivory Coast has begun work this year on a biomass plant that will run on cocoa waste. The facility will be based in Divo, a town that produces a large share of the country’s cocoa. Cocoa plant matter left over after cocoa production will be burned in the biomass plant, helping to turn a turbine and generate electricity, much like a conventional fossil-fuel power plant. “This plant alone will be able to meet the electricity needs of 1.7 million people,” says Yapi Ogou, managing director of the Ivorian company Société des Energies Nouvelles (Soden), which is involved in building the plant. 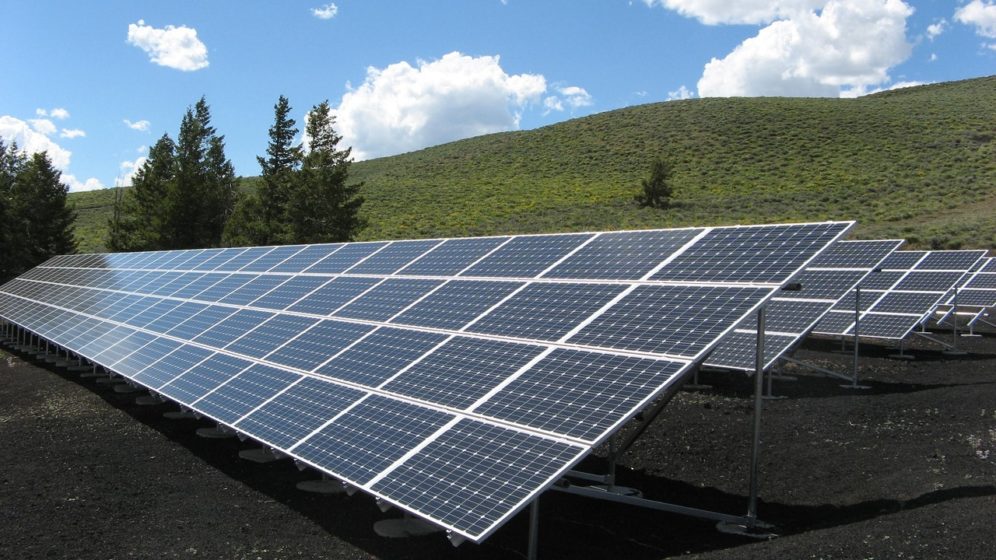 The first solar roads trialled in France unfortunately crumbled, but scientists in Germany and Austria think they have a better solution. The solar highway features solar panels on a canopy over existing highways.

There’s a three-year plan in place to explore how they can cover the 13,000km highway network, but based on the power consumption of Germany in 2019, a solar highway would cover 9% of total power consumption. That’s equivalent to ⅓ of energy needed to power each and every home. The plan isn’t straightforward, as highways always have tunnels, bridges, and areas with shade to contend with.

In the UK 79% of people are now cremated, which is around 470,000 people each year spread across the UK’s 300 crematoriums. A single cremation alone is to power 1,500 televisions. A crematorium in Durham was the first back in 2011 and since then the Aalborg crematorium in Denmark has made money by selling heat to nearby villages and another in Redditch, UK, warms the waters of a nearby swimming pool with the heat it produces. There’s a whole new industry to support this unusual way of generating renewable energy, as a Spanish company called Kalfrisa supplies cremation kilns embedded with heat recovery systems. 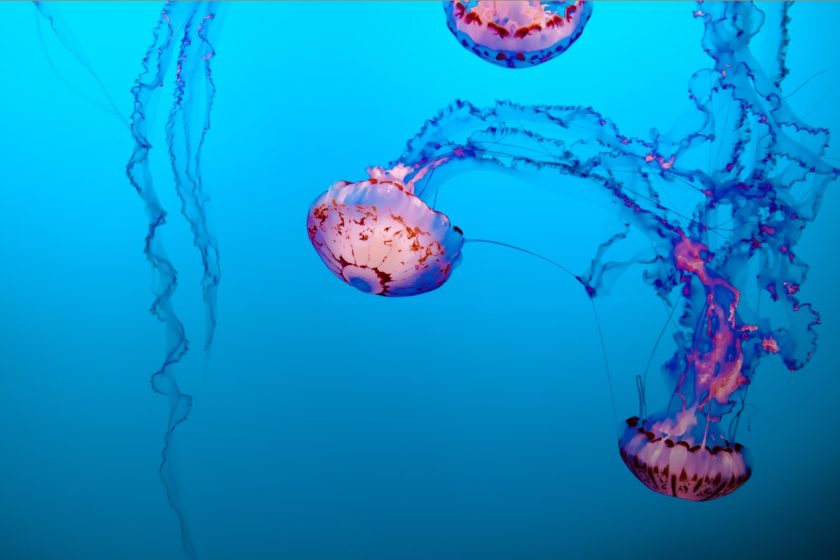 With more power than just a swift sting, beyond the human body, jellyfish could become the next big renewable energy source. The key lies in a jellyfish’s green fluorescent protein (GFP), which is what gives some jellyfish their eerie glow. This substance reacts to UV light and excites electrons.

Whilst the first discoveries were made through having to blend Jellyfish together, scientists are now able to isolate the protein and synthesise it in a lab, making it an altogether more vegan-friendly option. The process of making solar panels is very energy-intensive. If this silicon could be replaced with jellyfish GFP, this energy-consuming process could be lessened.

Zackary Chiragwandi at Chalmers University of Technology in Gothenburg, Sweden, and colleagues are developing a photovoltaic device based on green fluorescent protein (GFP) from the jellyfish Aequorea victoria. 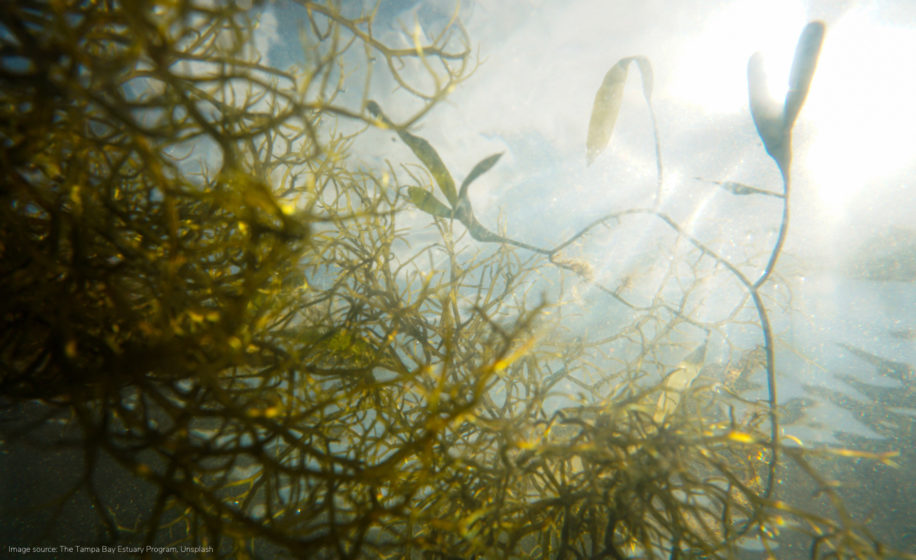 A car powered by Scottish seaweed has successfully completed a 50-mile journey as part of an international project to develop greener fuels. The vehicle set off from the Danish Technological Institute in the city of Aarhus and took a test drive on typical city roads and motorways to allow scientists to see how it performed.

It was part of an EU-funded project called MacroFuels, which has been developing cleaner alternatives to standard petrol and diesel by making biofuels derived from seaweed and algae. 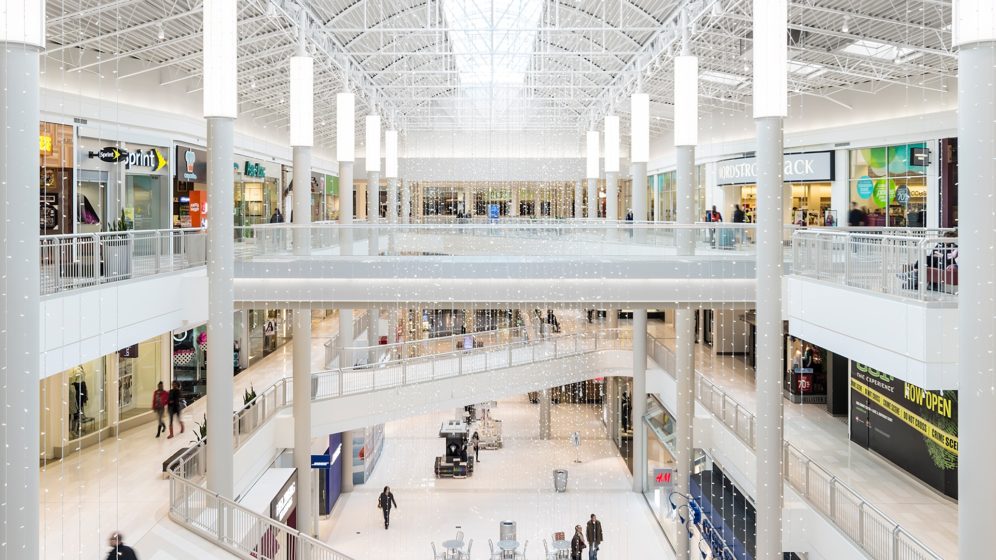 One of the biggest Malls in America (it has its own zip code) the Mall of America in Minneapolis is warmed in part by recycled heat from its shoppers. The only heated areas are the entranceways, so the rest of the mall cleverly uses lighting fixtures, skylights, and body heat from over 109,000 average daily visitors and store staff. This system does such a good job that even in the winter where the outside temperature can go below freezing, the mall uses an air conditioning system to keep it at a comfy 21 degrees/ 70F temperature for shoppers.

Along with other greenhouse gases produced by the agricultural industry, the sector is responsible for 18% of greenhouse gas emissions. A dairy cow produces 110kg of methane every year. It takes two beef cows to produce the same amount. One way to reduce this impact is to eat less meat and dairy. Another would be to harvest the gas cows emit and use it for energy. Scientists in Argentina have attempted the latter, with a rather euphemistically named ‘methane backpack’ to collect this fuel.

With more than 55 million cows, Argentina is a leading producer of beef. Methane from cows, which also comes from landfills and coal mines, is 23 times more effective than carbon dioxide at trapping heat in the atmosphere. It’s why researchers attached balloon-like plastic packs to the backs of ten cows. Each pack had a tube from the animal’s stomach that collected the gas.

Whilst the backpacks are a bit of a novelty, there is a very real opportunity to generate electricity from methane digesters on dairy farms which can be used on site. This captures the methane from manure and reduces the farmer’s energy costs. The surplus can then be sold to a public or private utility, replacing the need for power from fossil-fuel plants.