Our brands
Homepage > AM Select > Hit List > The Origins Of Diwali: Uncovering The Festival of Lights And Its Remarkable Celebrations 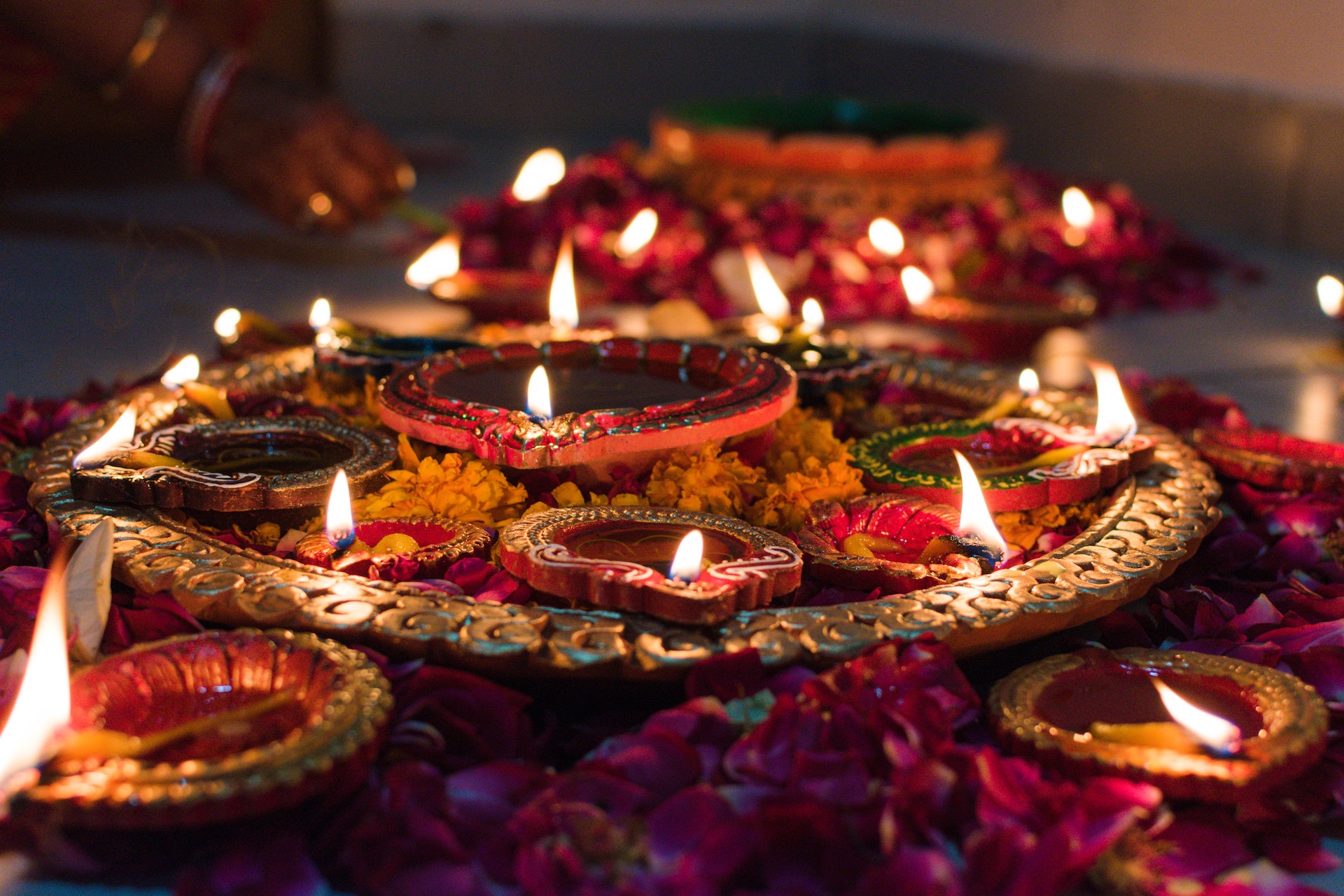 The Origins Of Diwali: Uncovering The Festival of Lights And Its Remarkable Celebrations

Diwali, which falls on 4 November this year, is celebrated by millions of Hindus worldwide to mark various occasions in Indian mythology.

Also known as the Festival of Lights, it is the time when people clean their homes to usher in gods and goddesses, buy new clothes, perform various rituals, enjoy parties and exchange gifts, among many other things.

Northern India celebrates Diwali in honour of Lord Rama’s return to Ayodhya after defeating demon god Ravana. Citizens of Ayodhya welcomed their king by lighting clay lamps or diyas. Meanwhile, the southern states celebrate the festival to commemorate Lord Krishna’s victory over demon Narakasura. In western India, Diwali also marks the day when Lord Vishnu sent demon Bali as the king of the nether world, while Goddess Kali is worshipped in some eastern states like Bengal.

Whatever may be the reason behind the festivities, Diwali is celebrated with much pomp and show in India and across the world. From sweets made for the occasion to traditions people have been following through centuries, here is everything one needs to know about this much-loved festival.

How Diwali is celebrated

Every Indian household starts prepping for the festival by sprucing up their abode and decorating it with lights and flowers. Many opt for renovating their homes too.

The five-day festival starts with Dhanteras, where ‘dhan’ and ‘teras’ mean wealth and thirteen, respectively. The occasion falls on the thirteenth day of Krishna Paksha during the month of Ashwin as per the Hindu calendar. It is considered auspicious to buy utensils, jewellery and home appliances on this day.

On Dhanteras, a custom of lighting 13 used diyas from previous year’s celebrations at various parts of the house is followed in Hindu households. Each of these earthen lamps has its significance. For instance, while the first one is lit in the southern corner on the outer side of the house to ward off death, the second one is lit with ghee and kept at the mandir inside the house, and the third is supposed to be placed in front Goddess Lakshmi for prosperity and good fortune.

The day before Diwali is fondly known as Choti Diwali and serves as a grand rehearsal for the main event. Homes are decked up with rangoli (colourful patterns made with ground rice and colours), flowers and earthen lamps. Final touches are given to decorations and last-minute errands are taken care of.

In eastern regions of the country, a custom similar to the lighting of 13 lamps on Dhanteras is part of the various rituals performed on Choti Diwali. Bengalis usually light fourteen diyas on this day. Known as ‘chothyo prodeep’, the 14 diyas are lit to pay respects to 14 ancestors and a meal called ‘chothyo saag’ is prepared with 14 varieties of green leafy vegetables. It is served with rice. Goddess Kali is worshipped at community halls as well as homes and bhog (food offering to gods and goddess) is prepared for the goddess and her devotees.

With the arrival of the main event, festive cheer remains at an all-time high as people adorn their festive best. As the sun sets, Goddess Lakshmi and Lord Ganesha are worshipped. After which, people proceed to decorate their homes with diyas to welcome the gods and goddesses. Although some do burst crackers with their friends and family, many have become aware of the impact it has on the already depreciating air quality. Along with worsening air pollution, the loud noise caused by fireworks affects animals adversely too.

The fourth day is celebrated as Govardhan Puja or Annakut Puja to mark the victory of Lord Krishna over Lord Indra. Food items like wheat, rice, curry made of gram flour and leafy vegetables are prepared to offer Lord Krishna.

Customs on this day differ in various regions. In north India, people dedicate their mornings worshipping the tools of work; chefs pay a tribute to their kitchen implements; businessmen worship their ledgers; artists express their gratitude towards their brushes and colour palettes.

However, the common tradition of exchanging gifts among loved ones and throwing a big Diwali bash span across the country. Card games have gained popularity, with people participating extensively during the days leading to Diwali. And, how can any party be complete without fritters, kebabs and sweetmeats?

Certainly not a season to fast, Diwali is a haven for food lovers. From savoury snacks like samosas (a triangular savoury pastry fried in oil, containing spiced vegetables or meat) and aloo tikki (fried potato patties) to farsan (Gujarati snack made of gram flour) and dhokla (Gujarati snack made of rice and split chickpeas), Diwali is a festival everyone waits for guilt-free indulgence. But, desserts, undoubtedly, steal the show.

People love to treat themselves with ladoos (fried and sweetened gram flour balls), gulab jamuns (flour balls deep fried and served in a sugar syrup flavoured with roses), jalebis (spiral-shaped sweets made of flour and sugar syrup) and barfis (milk-based fudgy blocks of sweets). Halwa (semolina boiled with milk, almonds, sugar, butter and cardamom) and puddings are also relished by many.

Late into the night, festivities end with a scrumptious meal, followed by lip-smacking sweets and friends and family members getting together for further festivities. Festivities end with Bhai Dooj, where sisters pray for the health and success of their brothers and in return, get gifts. This year, Bhai Dooj will be celebrated on 6 November.