Homepage > AM Select > Hit List > What Does Cisgender Mean, Exactly? 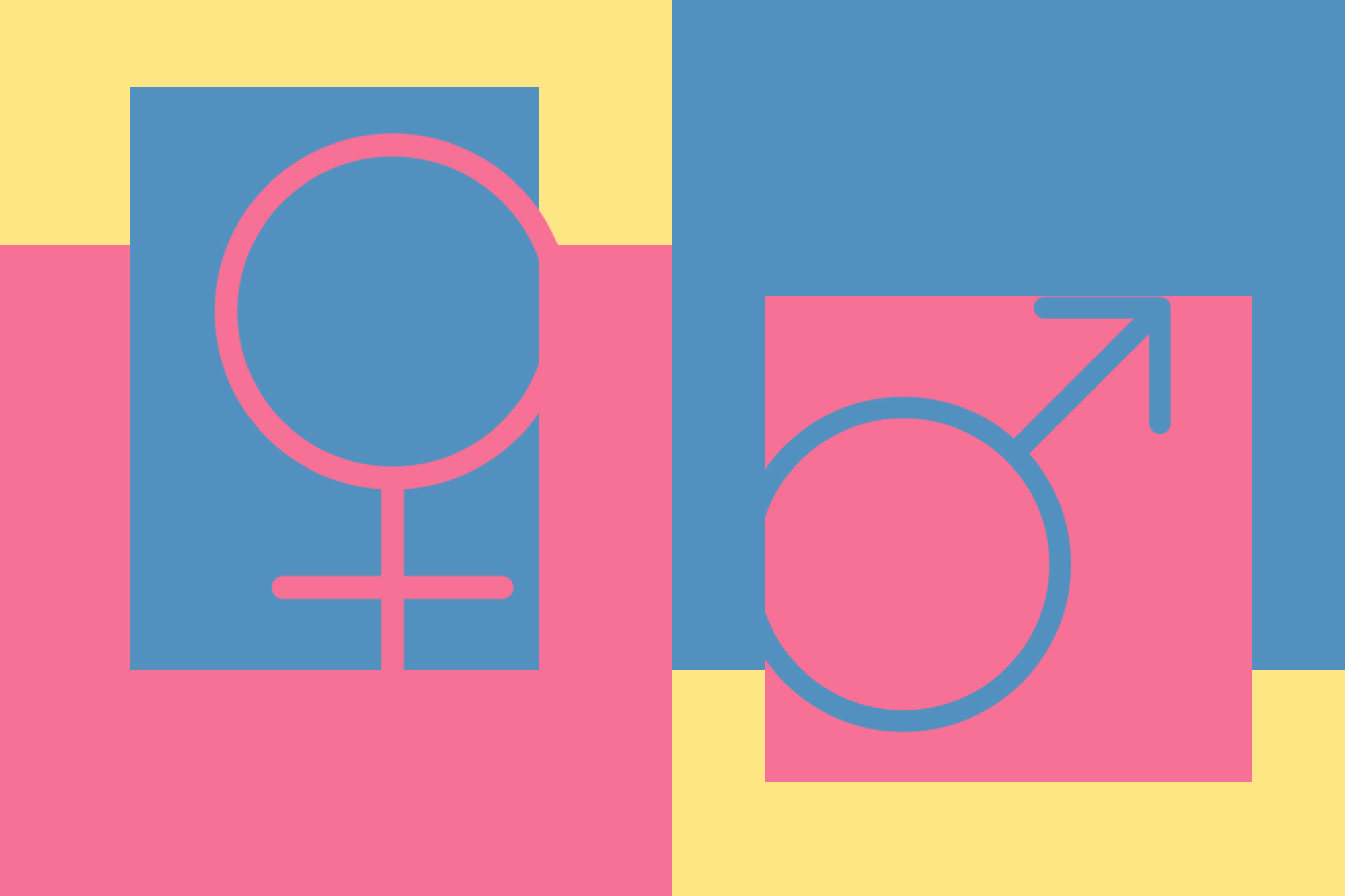 What Does Cisgender Mean, Exactly?

In the last few years, you’ve likely been hearing the word “cisgender” a lot more. Or maybe you’ve heard it as part of the abbreviation “cishet.” But there’s a chance you don’t even know exactly what cisgender means — even if that’s how you identify. The word cisgender describes a person whose gender identity matches their sex assigned at birth; it’s a relatively simple concept, but the discussion around it can get complicated.

What’s interesting about being cisgender is that although a vast majority of the population is cisgender, not many people know the exact cisgender definition. It’s just what they are, so they don’t bother to overthink it or dig deep into its origin. Being cisgender in this society, after all, has privileges that come with it that nonbinary and transgender folks don’t have. Because of this privilege, there’s a very good chance most cisgender people know far less about their identity than someone who identifies as any other gender(s).

So what does cisgender mean, exactly? And why is it an important word to know? Here, your cisgender guide.

“Cisgender is an adjective said to be coined in 1994, by biologist Dana Leland Defosse,” says Dr Valerie Poppel, a clinical sexologist and author of Black Females Sexual Myths. In simple terms, the definition of cisgender is a person whose gender identity matches their sex assigned at birth, she says.

This is the opposite of being transgender, which describes someone whose gender identity does not correspond with their birth sex. The prefix “cis-“ is Latin and means “on this side of,” while the prefix “trans-“, being the antonym to cis, means “on the other side of.”

When you’re born, the doctor looks at your genitals, and from there you’re either dubbed male or female. But genitals, despite what you may have been told, are not what defines gender; they only determine assigned sex at birth. Rather, gender and sexuality are determined in your brain, not between your legs, and both gender and sexuality slide up and down a very long spectrum; you don’t need to be at an end (male or female), but rather may identify in the middle or anywhere along the length of it.

“To clarify, gender identity and sexual orientation are not the same things,” says Dr Poppel. “Identifying as cisgender doesn’t mean you are a heterosexual. A cisgender individual can be bisexual, straight, asexual, heterosexual, or homosexual.” However, you may have heard the word “cishet,” which is an abbreviation for “cisgender heterosexual/heteroromantic,” which describes someone who is cisgender and is attracted sexually and/or romantically to people of the opposite gender (ie a woman born with a vagina who is attracted to men; or a man born with a penis who is attracted to women) — the gender and sexuality combination that is generally considered the default in society.

The Privileges Associated with Being Cisgender

Although society may be moving in the right direction of becoming more understanding and accepting of those who don’t fall under the cisgender umbrella, there is still a lot of inherent privilege associated with being cisgender. Meaning, on a daily basis, cisgender people benefit from their identity, whereas transgender people do not. (If you’re also heterosexual, you get even more privileges that are afforded to you based on our society’s general heteronormativity.)

“There are numerous privileges one may experience being cisgender,” says Dr Poppel. “Imagine just being able to choose a bathroom without hesitation. Let’s talk about dating — the freedom to flirt, date, be intimate with someone without fear of having to explain your gender. The privilege one may receive as being classified as ‘normal to just blend in the world.’ The list of privileges is endless that many cisgender persons may take them for granted.”

This is just the tip of the iceberg — if you’re cisgender, you also experience privileges such as no one inquiring about your genitals, or being denied employment, a house or apartment, or a bank account based on your gender. Studies have also found that, although it’s absolutely illegal to discriminate against a transgender person when it comes to health insurance, trans people still don’t receive the same level of medical care that cisgender people receive. While some of this is based on medical professionals not being fully aware or properly educated to work with these patients, in other cases, it’s just straight-up discrimination. There’s also deadnaming, in which a trans person is called by the name they were given at birth instead of the name that they have chosen for themselves. Deadnaming isn’t just rude and disrespectful, but it’s also triggering and psychologically harmful. Cisgender people, even if they choose to legally change their name, aren’t likely to experience such a mental and emotional scarring if they’re called by their previous name or are asked what their former name was — that’s why the term deadnaming is specific to transgender and nonbinary folks.

“While cisgender adults may talk about the gender pay gap or gender roles, they rarely have to spend any time considering whether their gender is comfortable for them,” says Leah Carey, a sex and intimacy coach and host of the Good Girls Talk About Sex podcast. “It’s as familiar as the shape of their hands or the sound of their voice — they may not love the way it looks or sounds, but it’s theirs. But people who identify as anything other than cisgender have to spend inordinate amounts of time contemplating gender and figuring out ways to move in the world that allow them to be truly themselves, while also remaining safe, both emotionally and physically.”

In fact, the most important privilege of being cisgender is that, generally, these people will not experience violence for simply existing in their identity. As of June 2021, 29 trans people were murdered in the USA and Puerto Rico. Their crime? Being transgender. In 2020, the total was 44. With trans people making up only 0.6 percent of the population, those numbers are so high that it breaks down to, on average, one murder a week. Cisgender people don’t face such a level of hate based on their gender identity that can turn so violent that it ends in murder.

Identities That Fall Outside Cisgender

Transgender isn’t the only identity outside of the cisgender umbrella. Because gender and sexuality are fluid and on a spectrum (meaning, they can change over time and aren’t limited to some specific choices), there are more than just a few genders a person can identify as being.

You’ve likely heard of people identifying as non-binary (especially with celebs such as Demi Lovato speaking publicly about their nonbinary identity), which means that they identify somewhere outside the traditional binary choices of “man” or “woman.” People may also identify as agender (aka gender neutral), which is defined as being neither man nor a woman, though some would define agender as not having any gender, says Dr Poppel. There are also “bigender/trigender/pangender individuals who feel they are two, three or all genders.”

And it doesn’t stop there.

There’s also gender-questioning for those who are doing exactly that: questioning their gender. There are also those who haven’t found a label that fits who they are, so they come up with a term that makes them feel comfortable and safe in their own body.

Like many things in life, gender is a social construct, and this construct varies in different societies and different cultures. One’s gender can also evolve over time. Just because you identify as agender today, doesn’t mean you won’t identify as gender-queer at another point in your life when you know yourself differently from how you know yourself now. The same can be said for someone who identifies as cisgender at this moment. Only time will tell where someone may end up on their gender journey.

But those who really need to take a look at themselves and their community are cisgender people. In truly understanding the privilege that comes with this specific gender, only then can you make space for other genders so everyone is equally seen and given the respect they deserve.