Homepage > Culture > Art > Vignesh Sundaresan Who Bought The US$69.3M Beeple NFT Wants You To Download It For Free 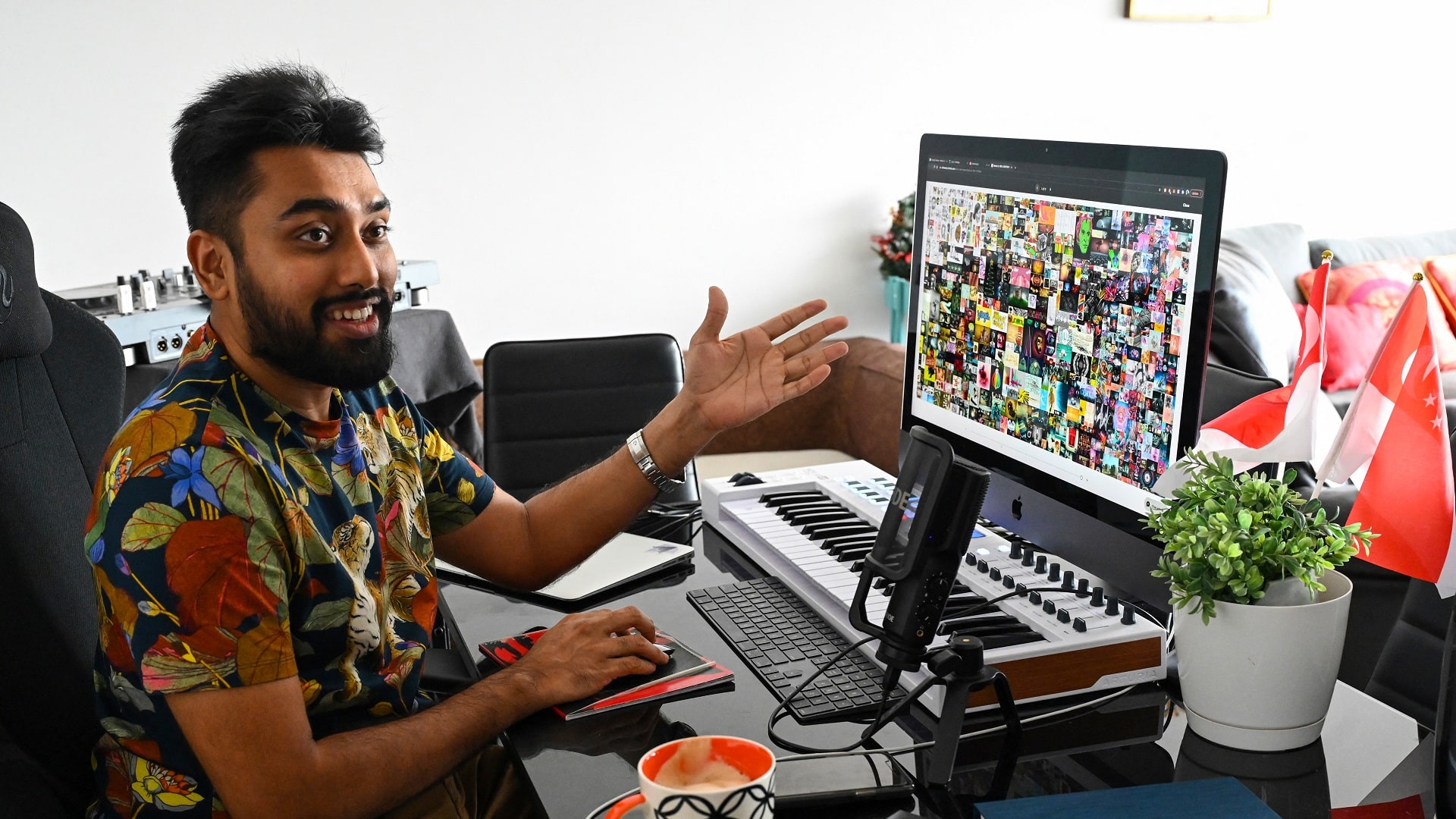 Vignesh Sundaresan Who Bought The US$69.3M Beeple NFT Wants You To Download It For Free

In March this year, a digital artwork by American artist Mike Winkelmann, known as Beeple, sold for USD 69.3 million at Christie’s.

The buyer of the artwork, Vignesh Sundaresan, recently told Bloomberg that he would be happy if “everyone in the world” downloads a copy of the artwork he bought.

All about Vignesh Sundaresan and the NFT he purchased

Who is Vignesh Sundaresan?

Popularly known as MetaKovan, the Indian cryptocurrency investor bought the artwork titled ‘Everydays – The First 5000 Days’. It is a collage of 5,000 individual images made one per day over more than thirteen years.

That auction catapulted the growth of non-fungible tokens (NFTs). Christie’s called the artwork the “first purely digital NFT-based artwork offered by a major auction house” in a tweet on 11 March.

Sundaresan on property rights on NFT

When Bloomberg asked Sundaresan about his take on property rights on NFTs, he said that “information wants to be free.”

“You try to have paywalls, you try to do so many things. But even those methods of having information or data inside walled gardens of any kind of security, they’ve not done very well on the internet,” he said.

“What NFTs do, instead of giving the importance to that copy of the file, it kind of gives importance to something else big. The idea that some person supported an artist at some time and this was the memorabilia,” Sundaresan added.

“If you have an NFT, I believe everyone gets to enjoy it. But you don’t need everyone to pay for it. There can be a few people who pay for this production, and they get a credit to have been part of this production. And that’s it,” he said.

How involved he is in the crypto market

Sundaresan also said that he is not involved with other major NFT names such as Bored Ape Yacht Club (BAYC) and CryptoPunks, because he doesn’t want to be “part of something very exclusive.”

Beeple’s collage is the third-most-expensive artwork by a living artist that was sold at an auction. The other two are David Hockney, whose painting Portrait of an Artist (Pool with Two Figures) fetched USD 90.3 million in 2018, and Jeff Koons, whose stainless-steel sculpture Rabbit was sold for USD 91.1 million the following year.

At the time of the sale, Vignesh Sundaresan spoke to New York Times under his identity MetaKovan.

Beeple Bored Ape Yacht Club Cryptocurrency Everydays – The First 5000 Days NFTs Vignesh Sundaresan
written by.
Manas Sen Gupta
Manas enjoys reading detective fiction and writing about anything that interests him. When not doing either of the two, he checks Instagram for the latest posts by travellers. Winter is his favourite season and he can happily eat a bowl of noodles any time of the day.
Travel Food Culture entertainment