Our brands
Homepage > Culture > A Brief History of Stephen Hawking 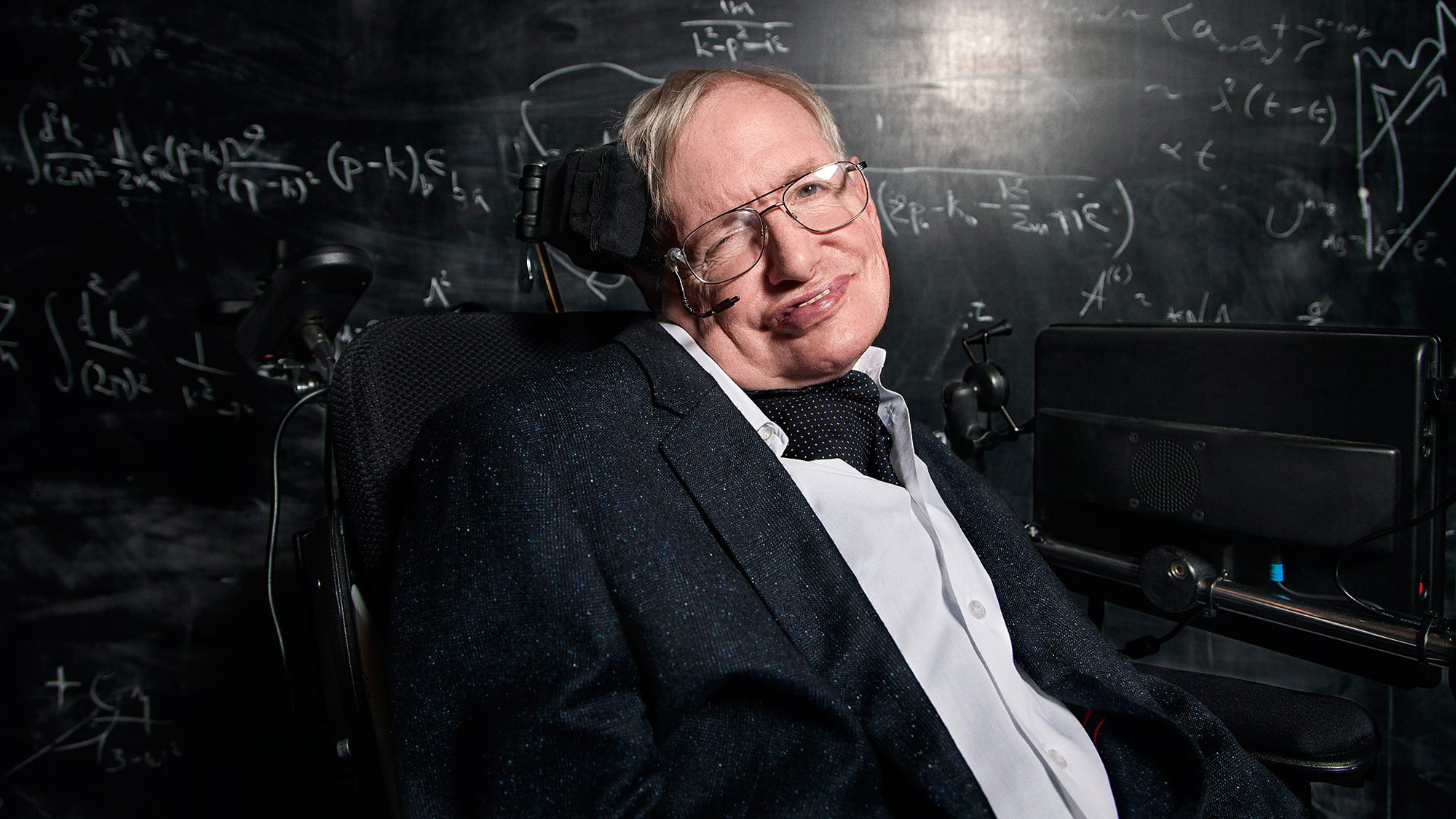 A Brief History of Stephen Hawking

The lauded theoretical physicist and cosmologist Stephen Hawking passed away at the age of 76 in Cambridge this morning. It’s an incredible loss for the scientific community. Hawking, who was diagnosed with early-onset, slow-progressing motor neurone disease (also known as ALS or Lou Gehrig’s disease) at the age of 21, was given 2 years to live by doctors. He lived for another 55. He’s regarded as one of the greatest Britons to have ever lived. His book, A Brief History of Time, is one of the most read by amateurs scientists aspiring to discover astrophysics and theoretical physics at a young age.

We’re not going to go into Hawking’s biography, since there are much better resources available for doing so. Instead, we’re going to give you the gist of his work so you can have a basic discussion of his brilliance with the next person who brings up his passing.

He explained how gravity can create singularities (by solving Einstein’s field equations)
In a joint work with Roger Penrose, Hawking shows that matter, when compressed to a point, forms a singularity. Likewise, when light is generated from a region of infinite curves (sort of the inside of a really microscopic sphere), it also forms that. Singularities are regular features in our universe. It also further proved the Big Bang did happen.

Black Holes have No Hair
The term was not coined by Hawking, but he proved this theory by John Wheeler that a black hole can be defined by just 3 values: how much mass it was initially made of, how fast it spins and if it has an electric charge. The No-Hair Theorem means that the original thing that made the black hole doesn’t matter.

But, Black Holes can’t have No Hair
Also known as Hawking’s paradox, it follows a basic universal law of conservation of information. Some of you may be familiar with the laws of conservation of energy or momentum. It’s basically the same thing. Information in the universe can’t be lost or destroyed, except changed from one form to another. But if black holes have no hair, then where did that information go? Hawking opined that information is conserved, but perhaps accessible only in a parallel universe. More recently, he suggests that in fact, that information is not lost, just trapped and therefore possibly accessible through studying the imprint it leaves on the edge of the black hole. Just like how cops can gauge information of a criminal from a boot print.

Black Holes are Not Black
Ok, the idea of black holes is that they absorb everything, including all light that enters its gravitational pull. Not even light can escape so a black hole should be completely dark. That’s not exactly true, according to Hawking. Quantum theory suggests that in any part of space, including near a black hole, sub-atomic particle pairs can randomly appear, and become real particles due to the gravitational energy of the black hole. If that happens just outside the event horizon where nothing escapes, and one of the particles escape while the other gets pulled in, that causes the black hole to emit radiation. This causes the black hole to lose energy. If a black hole does not continually intake more energy than it emits, it “evaporates” and eventually disappears.

There are no particles, but strings
If you’ve ever watched Big Bang Theory, you’ll have heard about how Sheldon goes on about string theory. String theory and superstring theory are two ways of understanding the universe. Rather than actual particles (like pinpoints of dust), matter is made up of tiny strings that are vibrating in 10 or 26 dimensions respectively. Obviously we can’t see higher dimensions. But if you look at your own shadow when standing in the sun, that’s a two-dimensional representation of yourself, although an incomplete one. Imagine that, but multiple times. No? Neither can we.

The Theory of Everything
No, not the movie. The universal theory is one that all theoretical physicists have been working on. Science shows us that there are four universal forces at work: the strong force and weak force, which act on atomic and sub-atomic levels; the electromagnetic force, which works on electrically charged particles. Finally there’s gravity that works on everything. While scientists have combined the first three forces in theory and proved their theories are correct, it’s gravity that’s playing hard to get.

God does play dice with the universe
In a play on a famous Einstein quote, Hawking said, “Not only does God play dice with the universe, but he sometimes throws them where they cannot be seen.” It was suggested that Einstein could not stand the idea of randomness in nature. Hawking, a supporter of quantum theory, naturally supports the idea of a random nature that may not always be observable, and so cannot be accounted for in our theories and proofs.

What Is Deadnaming And Why Is It So Harmful?