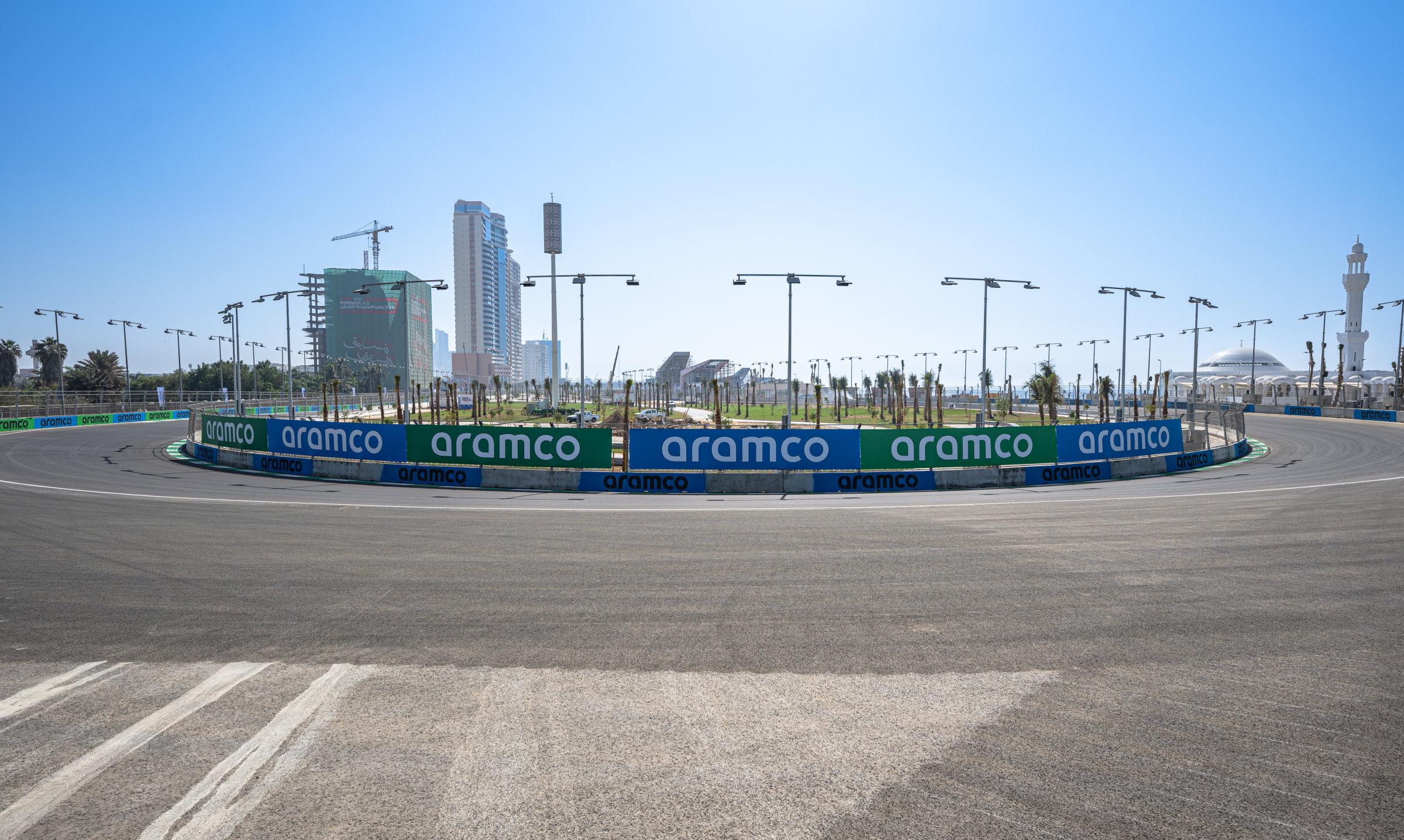 The brand new Formula 1 track is primed and ready to host the inaugural Formula 1 STC Saudi Arabian Grand Prix this weekend. Although many feared the Jeddah Corniche Circuit would not be completed on time, the organisers nevertheless delivered on their promise.

Work on the track only began in April of this year, making it the fastest that any F1 circuit has ever been constructed. This stunning feat is in line with the ambitions and objectives as set out by the Kingdom’s Vision 2030, which aims to build a more prosperous future for all people residing in Saudi Arabia.

Designed by Tilke Engineers and F1’s own Motorsports Division to deliver spectacular racing. The Jeddah Corniche Circuit includes a record-equalling number of turns (27 in total: 16 left and 11 right). It also boasts 3 potential high-speed DRS sections and a remarkable 12-degree banked corner at Turn 13. It’s features are bound to be the favourite of drivers, broadcasters and ardent photographers.

To celebrate the opening of the circuit, the promoter of F1’s newest race weekend has released a timelapse video documenting the record-breaking construction of the circuit. The world’s longest and fastest street track – the Jeddah Corniche Circuit will see the world’s top drivers race on the fresh tarmac this weekend.

Set to make its long-anticipated debut in less than 48 hours, excitement levels are peaking as the Kingdom of Saudi Arabia – and indeed the global F1 community – await the moment the world’s best drivers first experience the newest F1 circuit in the world.

Stakes are high for the inaugural race, with seven-time World Champion Lewis Hamilton and his prodigious challenger, Max Verstappen locked in a fierce battle. With only eight points separating the two, the penultimate race of this magnificent F1 season is perfectly set up to deliver an unforgettable and historic race weekend.

Feng Shui 101: Basic Principles And Tips To Maximise Yin And Yang In Your Home