Our brands
Homepage > Culture > Events > From Ghost Ships To Staycations. Here Are Some Fun And Spooky Ways To Spend Halloween 2021 In Singapore 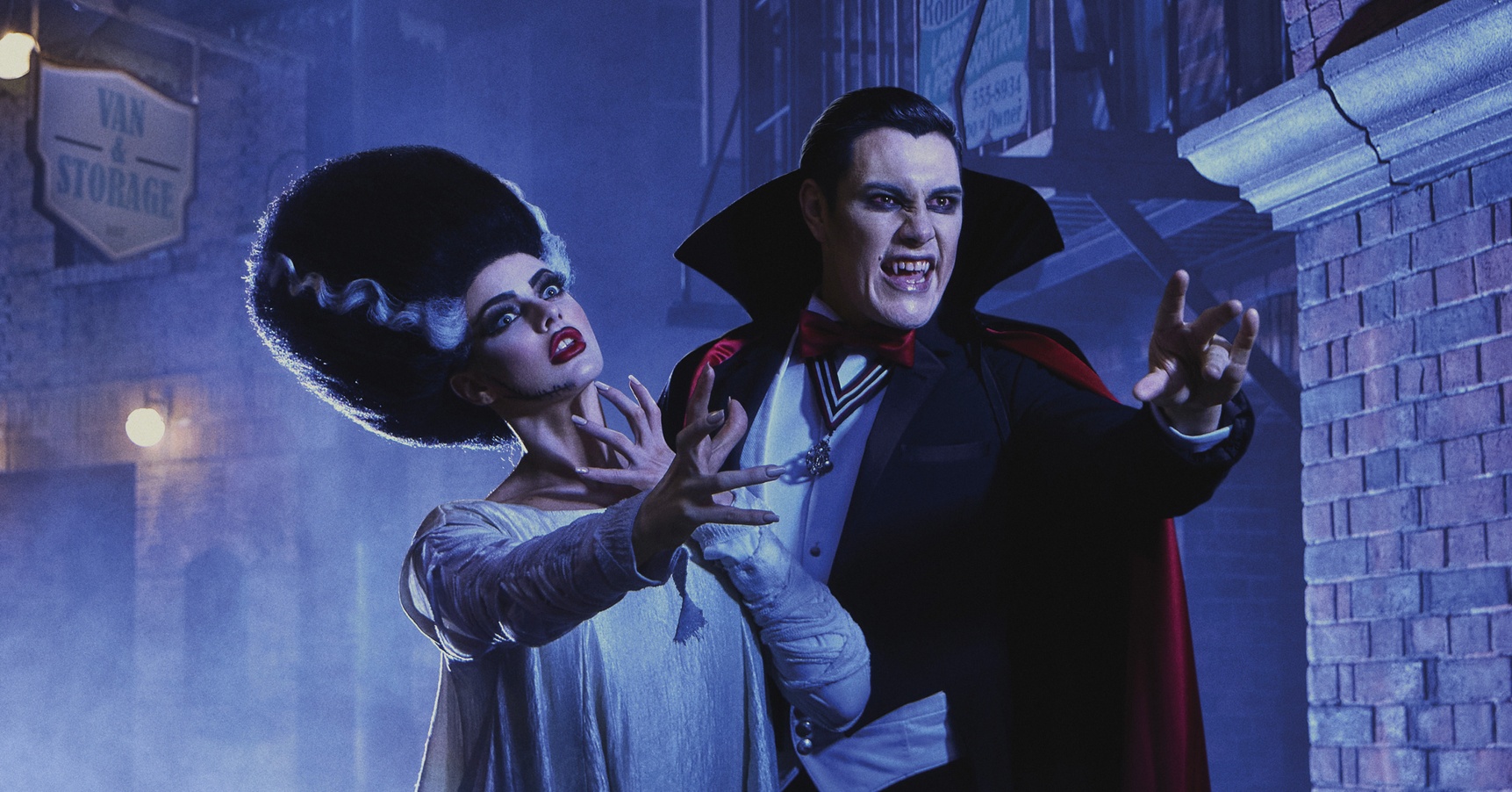 Trick or treat! Halloween is just around the corner and you know that means a month filled with horror, spooky songs and Pumpkin Spice Lattes. And we also have a few suggestions on how to make Halloween 2021 an event to remember.

If you’re not busy planning your costumes this year (a prediction: everyone is going to be dressed like a character from Squid Game), you can already celebrate the haunted holiday with the many exciting events taking place around Singapore. Yes, Halloween Horror Nights is back, but there are also new thrills to look forward to, like Halloween themed staycations or exploring Hell in all its forms.

Sound fun? See our guide for the best things to see and do this spooky season.

Singapore’s favourite scarefest is back. This year, Universal Studios Singapore is offering its Halloween Horror Nights experience through an exhibition that lets you relive all nine editions of the event. Haunted houses, creepy props and horror icons like Dracula and Frankenstein have all been brought back from the dead for your thrilling enjoyment — but only if you’re over the age of 16.

Museum of Ice Cream Singapore: Halloween at The Museum

No tricks, just treats. Museum of Ice Cream Singapore is celebrating Halloween at The Museum and invites all guests to come in costume!  Its magical installations will be transformed into a haunted town that will be the best destination for “trick-or-treating” with “spooktacular” ice cream treats that are offered during this hair-raising experience. Tickets are priced from $38 per person.

Lose yourself at SuperSpook’s Horror Maze

For the first time, SuperPark is turning into a horror-themed playground called SuperSpook that lets you choose from three “intense scare zones” filled with ghosts: escape the Horror Maze in pitch darkness; drive through the Devil’s Bend, or explore the Haunted Playground, built on a burial site. While you’re at it, expect to be scared by the creepy characters roaming around, including zombies, clowns and The Nun.

Spend a night at Andaz’s Halloween

Andaz Singapore is now offering a Halloween package, which includes a one-night stay at a themed “mystery room” for two, complimentary breakfast and S$50 worth of bar and dining credit. Guests will also be treated to a gory welcome gift (think edible, severed fingers and spider-infested candies) as well as a couple’s tarot reading session by a tarot card reader from local bookstore The Moon.

Get on board a Ghost Ship Cruise

Ever wanted to set foot on a haunted ship? This Halloween, Asia’s only luxury tail ship, the Royal Albatross, will be transformed into one for the bravest of passengers. Be treated to a one-of-a-kind dining experience, complete with “Ghost Captain’s Brew” and the eerie howls of sea hounds. If you can stomach it, you can also ask the ship’s crew to lead you down to the captain’s spooky salon — but we can’t promise you that you’ll make it back in one piece.

Haw Par Villa has long drawn visitors with its ghastly depictions of hell in Buddhism and Chinese culture, but now it’s opening the gates to its first Hell’s Museum that aims to do more than scare. The museum will offer a look at death and the afterlife across different religions and cultures in Asia. Not feeling particularly morbid? For its opening weekend from 29 October to 31 October, Hell’s Museum will also be hosting an array of cultural activities like Chinese ink painting, tea appreciation, and yoga under the stars.

Book the staycation of your nightmares at Equarius Hotel

This spooky season, Equarius Hotel will be home to all sorts of monsters and spirits. Book a scary sleepover at one of the hotel’s frightening themed rooms (absolutely not for the faint-hearted) and be treated to a Scare Package filled with themed masks and other goodies. The best part? You’ll only be a stone’s throw away from the thrills at the Halloween Horror Nights exhibition.

Grab some popcorn for Halloweenie at The Projector

You know it’s that time of the year again when The Projector resurrects Halloweenie, the indie cinema’s showcase of horror films. This year’s line-up comprises Guillermo Del Toro’s nightmarish fantasy flick Pan’s Labyrinth, the bloody Swedish cult classic Let the Right One In, and the Indonesian horror film, Impetigore. Make this year’s Halloweenie a special one by catching the screenings at The Projector’s new, neon-lit pop-up cinema at Riverside Point, Clarke Quay.

Update: The KAWS: Holiday Singapore Exhibition Is Back On!

This Singapore Exhibition Is Reframing Waste As A Resource