What You Need To Know About The Stop Asian Hate Movement 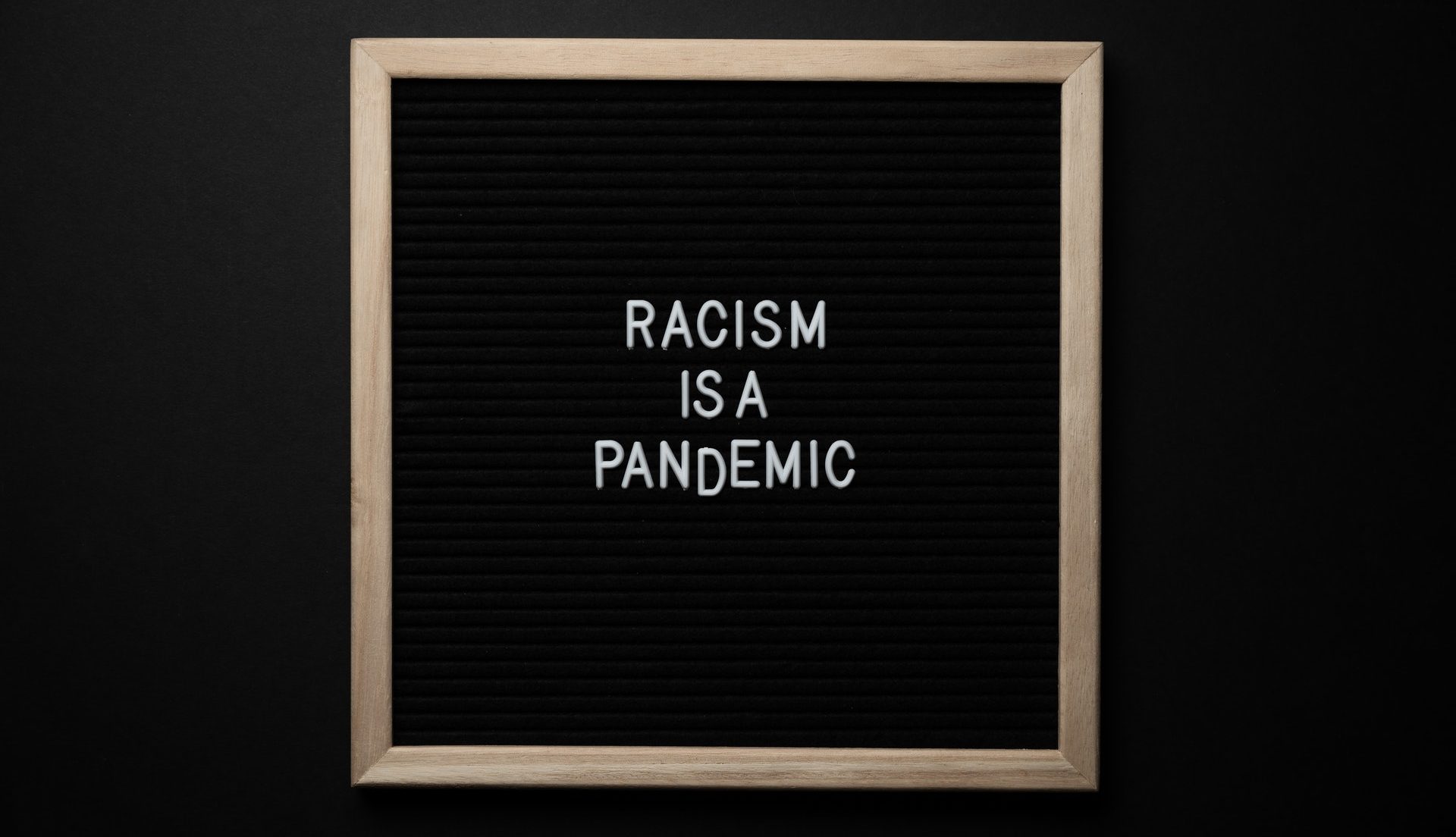 Photo by Brett Sayles from Pexels

The Stop Asian Hate fight against racism has been gaining traction, and for good measure too.

Ever since it came to light that the COVID-19 virus originated in Wuhan, China, incidents of hate against Asians in America have been steadily on the rise. According to a study by the Center for the Study of Hate and Extremism at California State University, San Bernardino, there has been an increase of 150 percent in hate crimes against Asians in the US in 2020 — more than double of 2019. These include attacks on people of Asian origin as well as the businesses run by them. The study found that two of the cities, where Asians have been targeted the most are Los Angeles and New York.

Stop AAPI Hate, a California-based reporting centre for Asian Americans and Pacific Islanders, has received nearly 3,800 reports of anti-Asian racist attacks since March 2020. Of these, 68 percent were reported by women. In 2019, it received 2,600 reports of hate incidents.

Experts such as Karthick Ramakrishnan, founder and director of demographic data and policy research non-profit AAPI Data, believe that part of the hatred against Asians has been fuelled by the repeated use of “China virus” and “Kung Flu” by former US President Donald Trump, conservative media outlets as well as his supporters when referring to COVID-19.

Referring to the history of Asians in the country, Doris Chang, Associate Professor at New York University and a clinical psychologist studying racism’s impact on the AAPI community, said, “During times of social, political, economic instability,” she continued, “then we are marginalised again and seen as a ‘perpetual foreigner’ and therefore a threat to national security.”

This hate, marginalisation and stereotype assumed a horrific shape on March 16, 2021, in Georgia which sent shockwaves among Asians living in America and other parts of the world.

What happened in Georgia?

Robert Aaron Long, a 21-year-old white American, shot dead eight people at three massage parlours in Cherokee County and Atlanta city. Six of those killed were women of Asian descent. Long has been arrested and charged with eight counts of murder — four each in Cherokee and Atlanta, besides charges related to aggravated assault, attempt to murder and use of a firearm. Though Long claimed he was not motivated by the race of the victims and hate crime is not part of the charges against him, many, including Atlanta mayor Keisha Lance Bottoms, believe the mass shooting was an act of hate crime.

Has there been any incident post the Georgia spa shooting?

Multiple attacks on people of Asian origin have been reported across the US in the week since the Georgia spa shootings. A day after the incident, a 75-year-old woman was brutally assaulted in San Francisco. In three separate incidents on March 21 in New York City, a 54-year-old was hospitalised after being attacked, a 41-year-old was attacked from behind and a 37-year-old was assaulted on her way to an anti-Asian violence protest. While a man has been charged in the San Francisco incident, two men and a woman have been charged in the three NY incidents.

What has been the response to the attacks?

People have been highlighting these hate crime incidents on social media, raising awareness and asking everyone to look out for their Asian American family, friends and neighbours. Thousands took to the streets in New York, Atlanta, Pittsburgh, Washington and even Montreal in Canada in the last few days speaking out against anti-Asian hate, calling for police reforms and criticising Trump for his hateful rhetoric against China during the pandemic.

During one of the marches, San Antonio Mayor Juliàn Castro told demonstrators that “For generations, Asian Americans have been discriminated against. I don’t have to tell that to anybody in this crowd.”

Following the March 16 incident, the US House Judiciary Committee’s civil rights committee held a hearing on the anti-Asian bias — a first in over 30 years.

The woman who was attacked in San Francisco has decided to donate around $1 million raised for her via GoFundMe to help the Asian American community fight racism.

Any reactions from Biden-Harris?

In a statement on March 19, US President Joe Biden urged Congress to “swiftly pass the COVID-19 Hate Crimes Act, which would expedite the federal government’s response to the rise of hate crimes exacerbated during the pandemic, support state and local governments to improve hate crimes reporting, and ensure that hate crimes information is more accessible to Asian American communities.”

“Hate can have no safe harbour in America,” Biden said at Emory University, “Our silence is complicity. We cannot be complicit.”

In his address, Biden acknowledged, “Too many Asian Americans have been walking up and down the streets and worrying, waking up each morning the past year feeling their safety and the safety of their loved ones are at stake. They’ve been attacked, blamed, scapegoated, and harassed. They’ve been verbally assaulted, physically assaulted, killed.”

Are prominent people speaking out on this issue?

In the backdrop of the rise in hate crimes against the community, numerous celebrities have extended their support to rights groups and families of victims while expressing solidarity with Asians in America. Among them are actors Awkwafina, Lucy Liu, Sandra Oh, Olivia Munn, and Ken Jeong, designers Prabal Gurung and Yoon Ahn, models Mona Matsuoka and Soo Joo Park besides several others.

In an emotional Instagram video after the Georgia attacks, Tony Award-winning Ashley Park of Emily in Paris fame drew attention to the systemic racism that Asians face daily even “starting with children, when every Asian kid should be able to be good at math and play a classical instrument…”

“This racism starts at a very small level. It starts with things that you say. It starts when someone calls a virus that shut down the whole world the ‘Kung Flu virus.’ It also starts when you roll your eyes or make fun of Asian waiters or Chinese food delivery people and the nail artist,” she says in the post calling to stop Asian hate that has been viewed over three million times.

Min Jin Lee, the celebrated author of Pachinko, in support of the Stop Asian Hate movement, tweeted, “In less than 48 hours, we had a historic Asian Oscar moment with multiple firsts in 93 years — then a mass shooting targeting 3 Asian-owned businesses. This is how terrorism works — you’re not allowed to feel safe, accepted, or valued. We can resist. Take up space. Make noise.”

Appearing before the House Judiciary Subcommittee on the Constitution, Civil Rights, and Civil Liberties on March 18, The Good Doctor producer and actor Daniel Dae Kim called for the passage of the No Hate Bill and the Covid-19 Hate Crimes Act. Referring to the failure of the bill’s passage last year, he said, “I was disheartened to find that for a bill that required no money or resources, just a simple condemnation of acts of hate against people of Asian descent, 164 members of Congress, all Republican voted against it. And now here I am again, because as every witness in this hearing has pointed out, the situation has gotten worse, much worse.”

He told the committee that even though the country Asians call their home “may consider us statistically insignificant now, but one more fact that has no alternative is that we are the fastest-growing racial demographic in the country. We are 23 million strong. We are united, and we are waking up.”

Many celebrities have been raising the issue of hate incidents against members of the community for a long time. Others who have been vocal about it include tennis star and multiple Grand Slam winner Naomi Osaka, who, in a Tweet on February 7, wrote, “The amount of hate, racism, and blame for COVID towards the Asian community is disgusting. The fact that this topic is not very widely covered makes me concerned. I only found videos and information because I was scrolling through my IG feed and by some algorithm it appeared.”

Star Trek actor John Cho had in an essay for the Los Angeles Times written on April 22, 2020, noted, “The pandemic is reminding us that our belonging is conditional. One moment we are Americans, the next we are all foreigners, who ‘brought’ the virus here.”

How can I be of help?

CommUNITY Action Fund set up by Hate Is a Virus

End the Virus of Racism

You can volunteer at Compassion in Oakland