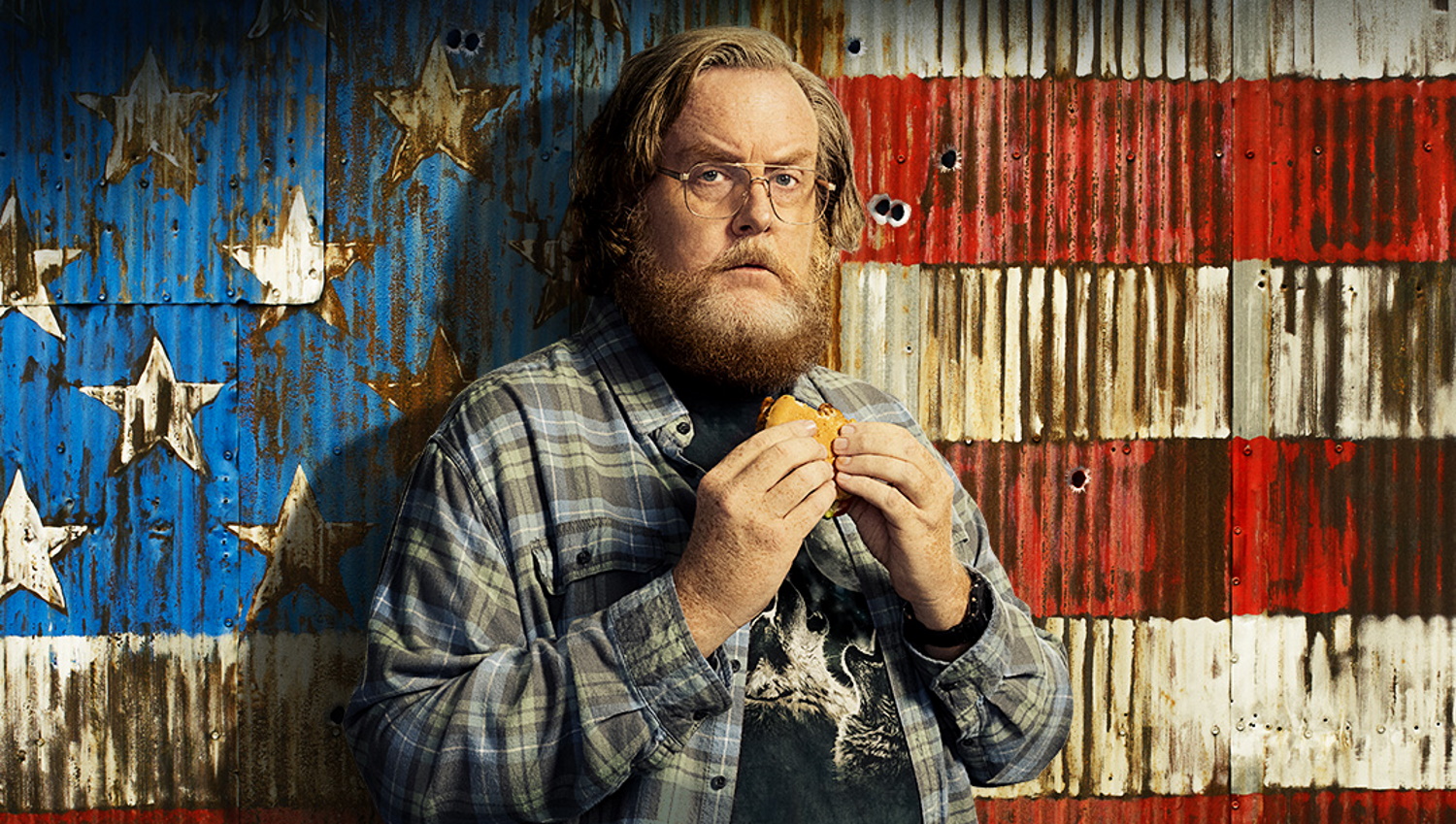 When it comes to anti-heroes, Peacemaker definitely ranks up high on the list of ‘a-holes’ in the comic universe. In fact, John Cena even described the character as a “douchey Captain America” in a previous interview. However, the character is now back in his own series along with the team from ARGUS, from The Suicide Squad, including Steve Agee, the actor who brought John Economos to life.

HBO Max’s Peacemaker series is based on the DC Comics and executive produced and written by James Gunn. It stands as the first DC Extended Universe television series and follows Peacemaker (John Cena) who believes in achieving peace, at any cost.

Agee is a scene stealer as John Economos, a snarky yet well-meaning member of ARGUS, a United States government organization tasked at handling major threats. Audiences were first introduced to the character in Warner Bros’ The Suicide Squad, Gunn’s hyper-violent, triumphant reimagining of the 2016 feature.

In the new series, Peacemaker picks up where The Suicide Squad left off, as alluded to the post-credits scene of the film. For Agee it marks a reunion of sorts with Gunn. The actor also completed motion capture for the role of King Shark in The Suicide Squad, portrayed Gef in Marvel’s Guardians of the Galaxy Vol. 2, held a role in Sony Pictures Brightburn and was a comic bookstore employee in Super, all projects helmed by Gunn.

Prior to that the actor appeared in productions such as FOX’s New Girl and FX’s You’re the Worst, to name a few. Born and raised in Riverside, California, Agee always had a love for performing and spent his teenage years playing guitar and bass in various heavy metal bands. His entertainment career kicked off in 2005 when he joined “Jimmy Kimmel Live!” as a researcher, before being brought into the writers’ room.

In 2008 he landed a series regular role in Comedy Central’s critically acclaimed sitcom The Sarah Silverman Program, which ran for three seasons. In October 2021 Steve returned to music, releasing his EP “SCAB” through Rancho De La Luna Records. In this exclusive interview with AugustMan, we discover more about Steve Agee, the actor and performer and what the new Peacemaker series is set to deliver to audiences and fans of the DCEU.

In your own words, how would you describe the character of John Economos?

Economos is a tech nerd. He’s definitely more comfortable in an office setting, behind his computer, than he is out in the field having to do anything remotely dangerous. Also, he’s not a huge fan of Peacemaker.

Audiences were first introduced to the character in The Suicide Squad, but in this series, he’s more substantial. What can viewers expect from the character?

Well the movie, obviously, was about Taskforce X and in two hours the focus is clearly on them, so there’s not a lot of time to focus on secondary characters like Economos. With this series we have 8 episodes, which is way more time to see him at work, not only at a computer in his office but also in the field. I don’t want to give too much away, but it was great because I actually got to do action hero shit, something that a character actor like myself doesn’t get to do very often!

Were you surprised to learn that this spinoff series was happening?

100%! I had just been sitting in a house alone, hiding from Covid, trying to keep my sanity, when James called and said, “Hey we’re doing a Peacemaker spin-off and Economos is in it.” By the time he had told me he had already written most of the episodes and we were just a few months away from shooting. I had no idea James had been working on it and he told me he didn’t want to get my hopes up; just in case it didn’t happen. That’s why he waited to let me know.

Will we see Peacemaker grow more into a hero instead of a villain?

We’ll definitely see him grow. Peacemaker was one of the members of Taskforce X that didn’t really have an arc in the movie. We meet him, he’s an asshole, the movie ends, he was still an asshole. With the series James pulls back the curtain and shows us why he’s an asshole, which is a huge part of his series arc.

John Cena returns to portray the role of Peacemaker. Considering his background in professional wrestling, is it different than working with any other actor, especially during the action scenes that stunt doubles may otherwise do for the actor?

As far as stunts, John uses a stunt double like the rest of us. He’s got a guy, Spencer Thomas, who’s terrific, that he’s been working with for years – I’m sure when you’re as big as Cena finding a stunt double is difficult, so when you find one you try to keep him. Not that John couldn’t do stunts, but I think it’s an insurance thing where studios have to protect the stars of their shows. And as far as acting goes, I come from a background in comedy and John is as good as anyone I’ve ever worked with. He’s incredibly funny.

You have a comedy background, writing for Jimmy Kimmel Live and being on the Sarah Silverman Show. How has that experience helped hone your craft as an actor, if at all?

I don’t know if the comedy aspect helps as an actor, but pretty much every job, comedy or drama, helps you develop and get better. It’s all part of the learning experience and you look back on your past gigs as practice for where you are now. Sarah’s show was my first real acting job, and it was ideal because I was working with a group of people who I had already been friends with for years, so there was zero pressure. I can’t tell you how much easier that job made it for me to walk onto a set where I didn’t know anyone.

Do you have plans to further expand on music in the future or is acting more your focus?

Music has always just been a hobby. I first moved to Los Angeles in the mid 90’s because I had dreams of being a rock star. I played in a handful of bands and at one point I kind of just realized that A. There are a bazillion bands out there and B. With what I was trying to do, you needed to rely on multiple people in order to make it, and with acting or stand-up you are on your own. To be fair, yes, there are also a bazillion actors and comedians out there as well, but it just seemed to fit better.

Your thoughts on why audiences should tune into Peacemaker when it premieres?

It’s just a solid series from top to bottom that, I believe, gets better with each episode. You don’t need to see the movie, you can just jump right in, and you don’t even need to be a fan of the superhero/comic book genre. It really feels like a workplace comedy that just so happens to be set in a world where Superman exists.