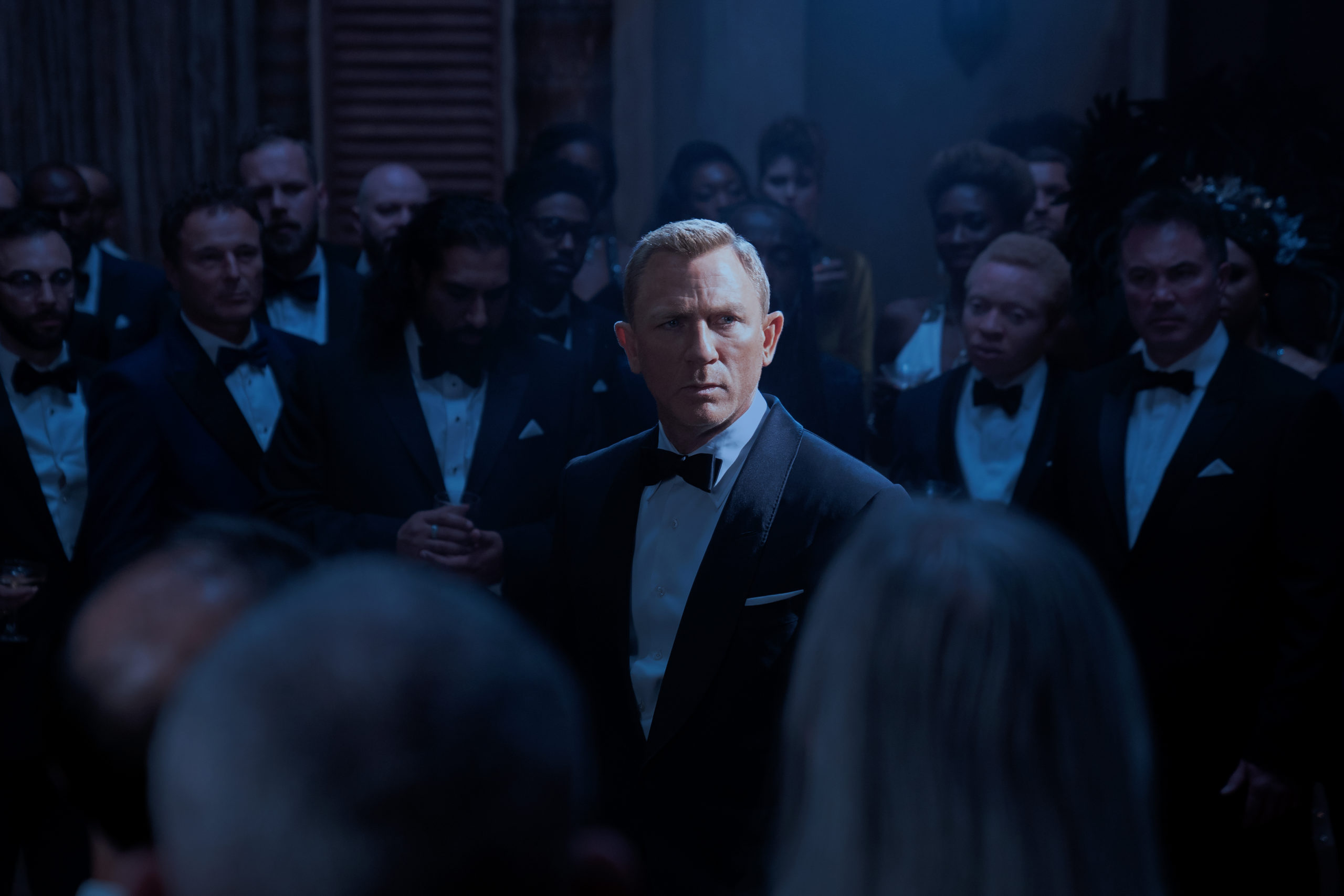 No Time to Die marks the end to Daniel Craig’s tenure as James Bond.

As such there’s no better time to evaluate his portrayal of 007 than now. Although he falls short of Sean Connery and Roger Moore’s seven-film run as the character, Craig holds the record as the longest-tenured James Bond after playing the role for 15 years. With an arc spanning over five movies — which includes Casino Royale, Quantum of Solace, Skyfall, and Spectre — Craig’s Bond is also the first to have both a definitive beginning and conclusion.

When Casino Royale opened with a black-and-white bathroom brawl between Bond and a henchman whom he suffocates in a sink, it was clear that its iteration of the MI6 agent is unlike anything we’ve ever seen before. Bringing a gritty and unrefined edge to 007, the film disposed of the silliness that plagued the latter Brosnan era instalments. Darkly romantic, unapologetically violent, and intensely nuanced, the 21st Bond film rejuvenated the franchise in supreme style.

Despite initial negative reactions towards the casting of Craig as the new Bond, the Martin Campbell directed film succeeded in bringing a new 007 to the world. He was sleek enough to mingle with social elites without looking out of place, a little rough around the edges, but always ready for battle. Serving as a series reboot, Casino Royale shifted the direction of the franchise, one that is closer to Ian Fleming’s description of Bond as “quiet, hard, ruthless, sardonic, fatalistic” and a “blunt instrument” wielded by the government to execute nasty business.

Bringing his own gravitas to the role, the film introduced a Bond that is strikingly emotional, particularly through his relationship with Vesper Lynd (Eva Green). Portrayed as his first love, the betrayal and death of Vesper played a pivotal role in defining Craig’s Bond, even going as far as dictating the direction his series of films would take. Leveraging on the tragedy of their romance, the Craig era films were able to connect thematic threads from one film to another.

Humanity Is at the Heart of Craig’s 007

Craig’s range as Bond expanded tremendously following the release of Skyfall. The film revisited the childhood trauma that made Bond the man he is, while also tackling the psyche of the character in present day by tearing down his rugged exterior. Gone are the extravagant gadgets, beautiful romantic interests, the film presented a Bond that is well past his prime and considered damaged goods by the MI6. By Skyfall, Bond became more human than ever, as the dynamic between Bond and M has developed into something more akin to a relationship between a son and his mother.

Even the weaker Craig era films pulled no punches when it comes to exploring the character’s humanity, examining his proclivity for violence, and less interested in his bed-hopping activities. Quantum of Solace made the choice of continuing the story begun in Casino Royale, whereas Spectre sees Craig’s Bond falling in love with Madeleine Swann, the daughter of the man that engineered the betrayal and death of Vesper. While the quality of the films may be inconsistent, character development was always at the forefront.

Bond’s relationship with Madeleine was a turning point for 007’s filmography. As Spectre ended with Bond retired and driving off into the sunset with Madeleine, the fractures that were caused by Vesper’s death no longer have an effect on him. In No Time to Die, Bond had learned to trust, value the lives of his friends and lovers, and leave something behind that’s far more remarkable than his history of violence. Over the course of five films, Craig’s Bond rejected the idea that the character is nothing more than an interchangeable codename.

With a cinematic legacy that predates most (if not all) blockbuster franchises, it’s a given that the Bond series will carry on well beyond the reign of Daniel Craig. Yet, his series of films were the first to create a sense of completion that is absent across the filmography of his predecessors, one that is possible through the filmmakers’ dedication in telling one continuous story. Considering the extensive legacy of 007, it may be foolish and naïve to put Craig’s Bond on a pedestal. However, as we bid farewell to the Bond with a soul, I’d say the audience have earned the license to feel.

007 Film & TV James Bond no time to die
written by.
Alex Low
Brand & Partnership Writer
Lifestyle writer with a passion for everything pop culture. When not writing, Alex spends his free time playing video games, learning how to cook (it's been quite a journey, or so he says), and lurking on blu-ray.com for the best physical media deals.