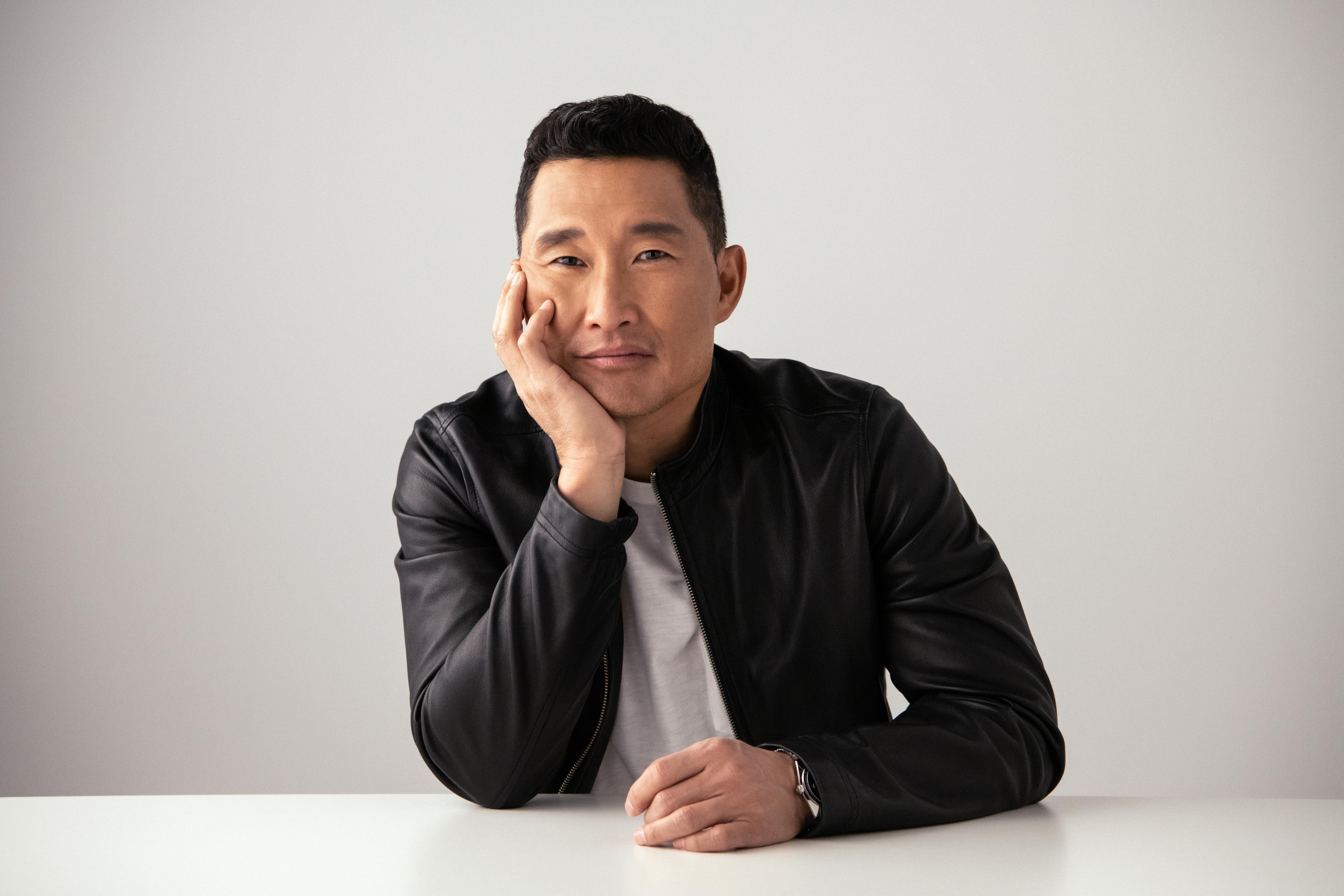 Seven days after the terrorist attacks of 11 September 2001, anonymous letters containing anthrax spores began arriving at media companies and congressional offices. Over the ensuing months, five people died from inhaling anthrax and 17 others were infected after exposure. Twenty years on, The Hot Zone returns on the National Geographic channel with Anthrax, set in the days after the fateful 9/11 attacks and starring Daniel Dae Kim as FBI special agent Matthew Ryker.

Based on real events, the TV drama takes audiences into the “Amerithrax” investigation, involving some 25 to 30 full-time investigators from the FBI and other law enforcement agencies. Hundreds of thousands of hours were expended and new scientific methods were developed that ultimately led to the break in the case.

In fact, the methodology changed the face of forensic investigation with the collection of 5,730 environmental samples from 60 sites. Kim comes to the role of Ryker having made a career of creating multifaceted and stereotype-breaking roles, whether as an actor, director or producer.

These include two doctor roles ‒ one on The Good Doctor and the other in a competing medical drama, New Amsterdam. In Anthrax, he plays a microbiologist-turned-FBI agent, and successfully turns up the intensity of the role yet again.

Ryker is a fictitious character based on an amalgam of the real investigators involved. Kim revealed how he shaped the character: “I spoke with a number of agents who were in the bureau at the time of the attacks and found their information incredibly helpful.

I also spoke to FBI agents of Asian descent and as you might expect, there aren’t as many of those then as there are today, so their experiences and perspectives provided information that was vital to creating Ryker.”

Kim first came to fame playing Korean strongman Jin-Soo Kwon in 2004ʼs Lost. He was one of few East Asian faces on American TV, pioneering the current wave of Asian representation in Hollywood. His being named one of People Magazineʼs “Sexiest Men Alive” in 2005 also opened Western eyes to the idea of Asian appeal, long before Simu Liu showed off his abs on Shang-Chi.  It is thus baffling that he never held a lead role in the wave he initiated.

Shortly after the conclusion of Lost, it was announced that Kim would join the CBS reboot Hawaii Five-0 as Chin Ho Kelly, a series where he would eventually make his directorial debut with season five episode, “Kukaʼawale”, where he would put the experience to good use, founding film and television production company 3AD.

With this, he broke new ground again, becoming the first Asian-American actor to sign a first-look development deal with CBS Television Studios. His company would go on to create The Good Doctor, based on a Korean series of the same name about a surgeon living with autism.

Seventeen years and one “equal pay” dispute (he sought pay equality with co-stars Alex OʼLoughlin and Scott Caan on Hawaii FiveʼO) later, the actor has finally landed his first lead role in the second season of NatGeoʼs reality-based series,

I’ve seen you play a few doctors now, did those roles help you in making your portrayal of a FBI microbiologist more realistic?

Honestly, I will never pretend that being a doctor is close to being a real doctor Sure there are things that you will pick up along the way. If you’re doing your research as an actor and you have a heart procedure in a TV show or you play a doctor, I do learn what that procedure is and I do know the terms around the procedure. So it informs me and educates me in a way that wouldn’t otherwise. I also say it’s about the character and the personalities of the people who do this, and so when I actually speak to real doctors and real FBI agents, I’m learning as much as I can about their demeanour and their carriage as I did the information that they were giving me.

Obviously the show is about events in the past and you encounter Bruce Ivins in the end, because we have foreknowledge of what happens, did that affect how you portray your interactions with Bruce in the show?

Do you find that because you are portraying an Asian FBI agent, there’s an added weight and responsibility because of all this attention on Asian representation in Hollywood?

You know it is interesting that when we started this show, there was a wave of violence against Asians here in America and now, when it airs, it will kind of be after the primary focus has been on it. So its made an inadvertent statement, one that may not have be intended but I think it’s an important one.

You know, I think when I first started my career, I don’t think I would have seen someone who looks like me play the lead investigator in a show like this, especially one that was based on a real event that was so important to American contemporary history.

So I consider that a privilege and I consider that a responsibility beyond just representation but just to do a good job as an actor and to really fulfil what that role requires creatively, I think that’s my number one objective. And if I’m doing my job correctly, people will notice that I’m Asian for a minute and then just get sucked into the story and really put their emphasis on other things.

There was a scene where your girlfriend says something to you in Korean and you asked to repeat what it was that she said. Was that intentional to call attention to your ethnicity?

It was more intentional to call attention to the fact that Agent Ryker is an adoptee. The idea is that just because we look like I do, it doesn’t necessarily mean I speak the language. It doesn’t necessarily mean that I’m the expert on where to find the best laksa [laughs]. I wanted to challenge the assumptions that we make, sometimes about people based on their appearance and the fact that Matthew didn’t know Korean.

I think this is valid, fair and a real segment of the Asian American population, especially as an adoptee and we haven’t really seen their journeys portrayed on television in an in-depth way before either, so you know, the Asian diaspora is very wide, very broad and very deep; and so anything that cuts through the surface layer of it, I think is teaching us something and showing us an experience that we may not have seen before. 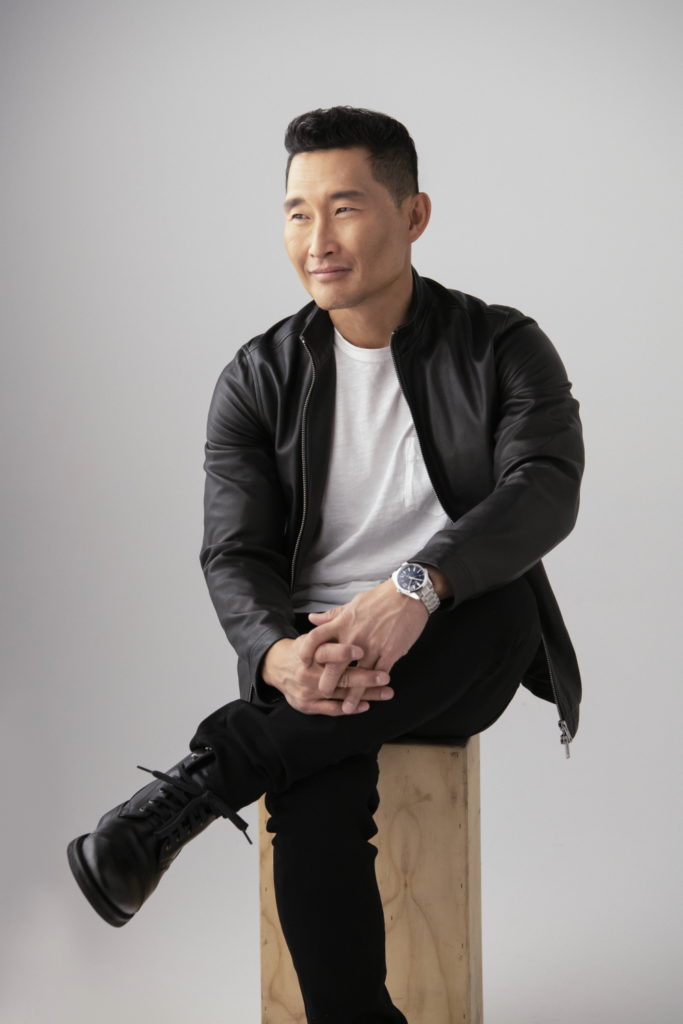 I understand you’re a big watch guy and being a collector myself, we know watches highlight facets of our personality. Was agent Ryker wearing a Submariner on a leather NATO strap?

[Laughs] You know, I do choose my watches very carefully for every role. I chose a watch for him that was a Vietnam issue military that his father wore when he was in Vietnam. So it’s his white father who was a big influence in his life and so I thought it would be a nice connection, character-wise, from him to his dad and by extension this idea that he has American more than anything and he wears a wear that represents the Vietnam war and his connection to his non Asian parents.

What model did you choose or was it a prop master who chose it?

It was a Hamilton I think, might be another brand (possibly Bulova). It was one of the watches that were actually issued to the soldiers in Vietnam.