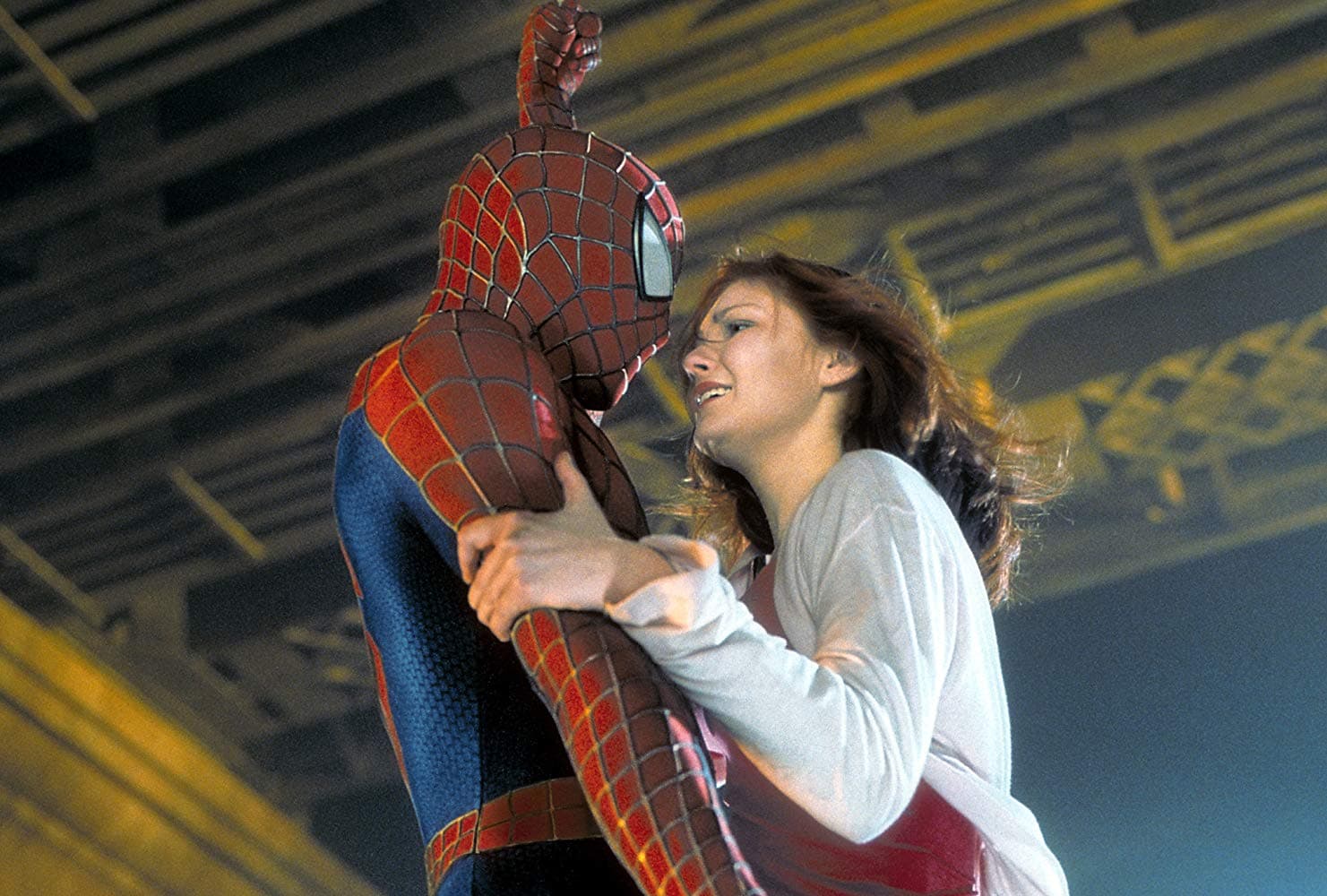 Every Spider-Man Movie Ranked from Worst to Best

Not that we’re complaining, but there’s been a lot of Spider-Man movies.

Over the past two decades, our friendly neighbourhood you-know-who has amassed an extensive filmography that is unrivaled by any other Marvel characters. With an enduring legacy, Spider-Man is without a doubt one of the most popular fictional characters of all time.

Following the release of the official trailer for Spider-Man: No Way Home, we are looking back on every theatrical Spider-Man entry to see how they stack up.

Oh boy, where do we even begin with this film? Directed by Marc Webb, The Amazing Spider-Man 2 was supposed to be the superhero entry that would mark the beginning of an era. Following the success of the reboot entry, Sony was all set to launch a cinematic universe that would include the likes of a Sinister Six film.

Instead, the final product was a 142-minute-long mess of a film. With its ridiculous number of subplots, vague character motivation, as well as a plot that’s mediocre at best, The Amazing Spider-Man 2 effectively killed a franchise before it even took off.

What hurts more than a bad film? A disappointing one. Following the monumental success of its predecessor, Spider-Man 3 was supposed to be so much more. With Sam Raimi back at the helm as director, the 2007 sequel was all set to be an unprecedented superhero that would redefine the genre.  Unfortunately, the final product could not be any further than that.

In essence, Spider-Man 3 is a project ruined by “too many cooks in the kitchen”. Raimi wanted to make the third installment a much more personal story focusing on the conflict between Peter Parker and Harry Osborne. However, producer Avi Arad was adamant about the inclusion of Venom into the superhero sequel. As a result, the film was plagued with a variety of issues. From its atrocious pacing to excessive amount of villains, poor character motivation to Tobey Maguire jamming to James Brown tunes, Spider-Man 3 is a failure of epic proportions.

Directed by Marc Webb, The Amazing Spider-Man is more of a corporate move for the studio to retain the rights to Marvel’s most beloved mascot than an actual movie. With that being said, the reboot isn’t a terrible film by any means. Intended to be a much more personal film in contrast to the Raimi films, The Amazing Spider-Man excels with its electrifying romance between Peter Parker and Gwen Stacy (Emma Stone). Taking over the mantle as the web-head, Andrew Garfield does a spectacular job in bringing the quippy side of Spider-Man that was rarely explored in the Raimi films.

The 2012 reboot ultimately falters due to its hesitance in taking any creative risks. Instead of taking advantage of a fresh start, The Amazing Spider-Man opted to retell the origin story of Peter Parker. Which is problematic because people have just seen Spidey’s origin on film a mere decade ago. Oh and also, the primary antagonist’s goal in the film is to turn people into lizards. So yeah, go figure.

While the modern superhero genre started back in 2000 with Bryan Singer’s X-Men, it was 2002’s Spider-Man that took it to a whole new level. Directed by Sam Raimi, Spider-Man tells the origin story of Peter Parker/Spider-Man. With its incredible storytelling, focus towards character development, as well an iconic score by Danny Elfman, Spider-Man remains a classic even to this day.

Maguire’s take on the titular character was an instant hit with Spidey fans, and still has a special place in the hearts of many fans all over the world. While some argue that Maguire’s take as the beloved wall-crawler isn’t witty or comic accurate enough, it is undeniable that his take on Peter Parker is pitch perfect. Despite several aspects of the film being rather dated now, it is undeniable that the web-head’s debut film marked the beginning on an era.

After a series of mediocre and underwhelming films, Sony decided to join forces with Marvel Studios to deliver the next chapter of everyone’s favourite wall-crawler, integrating the character into the wider MCU.

Even though Peter Parker’s debut in the MCU through Captain America: Civil War was widely praised, the immense pressure put on Spider-Man: Homecoming at the time could not be understated. Not only was Homecoming tasked with the responsibility of rebooting an exhausted film franchise, it also needed to make sure that it told a refreshing story without rehashing the old beats. (Uncle Ben’s death, swinging in Manhattan, etc.)

Fortunately, Homecoming delivered in spades and exceeded all expectations. With a relatable hero, fun action sequences, and just the right amount of comedy, Jon Watts’ Spider-Man: Homecoming is a true return to form for the character. Tom Holland shines as the web-head, seamlessly blending the best of previous iterations into one character, one Peter Parker, one Spider-Man.

While some of the die-hard Spidey fans aren’t happy with the MCU’s take on the web-head, particularly towards his over reliance on Stark technology in Homecoming, Far From Home commits itself in bringing Marvel’s mascot closer to its roots. Exhilarating action sequences paired with an incredible performance by Holland that solidified his status as the definitive live action Peter Parker/Spider-Man, Far From Home succeeds in bringing Peter’s arc in the Infinity Saga to an end, bringing him one step closer to the classic Spidey from the comics that fans adore.

Despite taking place right after Avengers: Endgame, Far From Home never loses its identity as a sequel to Homecoming. Being a solid superhero entry on its own, the film is also incredibly daring. From exploring the effects of trauma on an individual to an ending that’s bound to shake the status quo in the MCU, 2019’s Spider-Man: Far From Home is a spectacular entry in the famed superhero’s ever expanding filmography.

Directed by Bob Persichetti, Peter Ramsey and Rodney Rothman, Spider-Man: Into the Spider-Verse is an absolute masterpiece of a film. Writers Phil Lord and Rodney Rothman crafted a film that’s very aware of Spider-Man’s place in pop culture, from his metatextual usage of memes and merchandise to his enduring legacy as a comic book icon, Into the Spider-Verse is a love letter that pays tribute to every part of the beloved Marvel hero’s legacy.

With that being said, the Oscar winning film never once loses sight in delivering a great Spider-Man story. While doing a phenomenal job in establishing all of the Spider-Men (and animal), the film is adamant in delivering its most important message: Anyone can be a hero. In Into the Spider-Verse, the very notion of power and responsibility is re-examined not only through Peter B. Parker and Miles Morales’ growth as characters, but a code for everyone who aspires to be more than themselves.

Even to this day, not many superhero movies could reach the narrative and dramatic heights of Spider-Man 2. After the web-head’s debut film swung into theatres in 2002 and made movie history, expectations were ridiculously high for his follow-up adventure.

Often recognised as one of the greatest and most influential films of its genre, Spider-Man 2 is secretly a character drama piece disguised as a superhero film. Unlike other films of its genre at the time, the film is more interested in exploring its characters over everything else. Where its predecessor emphasised on the heroics and origin of its titular character, the 2004 sequel focuses on the intricate relationship between Peter Parker and Spider-Man, to a degree that it made every other storyline appear secondary.

Timeless, breath-taking, as well as revolutionary, Spider-Man 2 is the definitive cinematic Spider-Man story that embodies everything great about the beloved Marvel superhero.