When news of Netflix’s plan to turn Andrzej Sapkowski’s best-selling book series The Witcher into a TV series emerged, Henry Cavill, who had played the games and read the books, “annoyed the living daylights out of my agents,” as he told Entertainment Tonight, and pushed them into putting him in touch with showrunner Lauren Schmidt Hissrich.

Hissrich recalled that already on their very first meeting in New York, Cavill spoke passionately, and in great detail too, about the lead character, right down to the colour of his hair and eyes as well as voice for the screen adaptation. Impressed with his enthusiasm and realising how much thought Cavill had put into this, Hissrich eventually awarded the British actor the titular part of Geralt of Rivia.

An epic tale of fate and family, The Witcher tells the story of the intertwined destinies of three individuals in the vast fictional world of The Continent, where humans, elves, witchers, gnomes, and monsters battle to survive and thrive, and where good and evil is not easily identified. As Geralt, Cavill leads the cast playing a monster-slayer with a particularly brooding charm and deep, resonant voice.

The show was launched to immediate success, landing a second spot in Netflix’s list of Most Popular TV Shows of 2019 with reportedly over 76 million viewers within its first month of release, and has since been renewed for a second season. Just based on the overwhelming support from Cavill’s fans at the press junket in Manila alone, attended by both Cavill and Hissrich, one could tell that the show’s success was inevitable.

Culture Read More
Netflix Review: The Witcher springs to life from its game and books 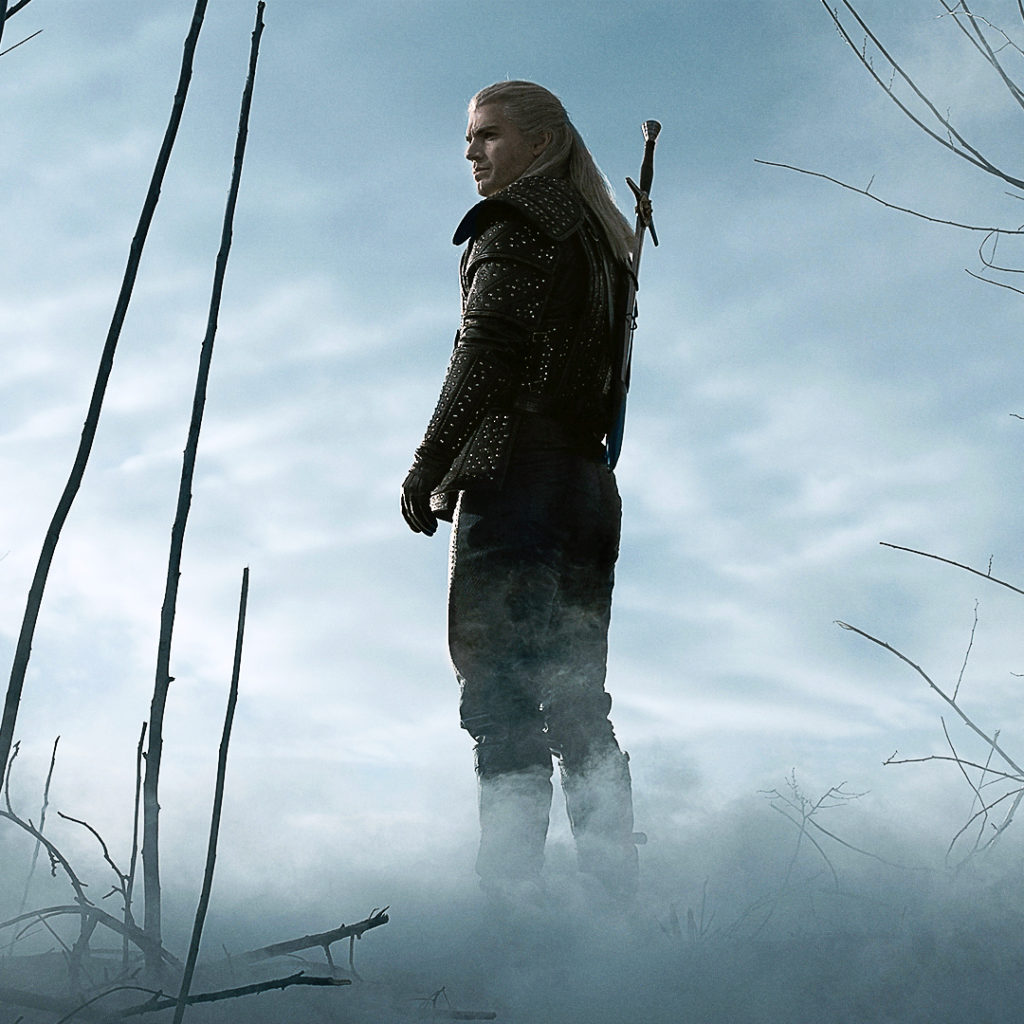 Lauren has praised you highly for spearheading the cast and crew like a true leading man. How do you feel about that?

I think it’s important for the lead actor to set a good example, whether it’s being on time or showing the best effort, so that those who are fresh and new in the industry can see that hard work and doing things correctly is the right way of doing it. That’s important for me to pass along to the next generation, so that they can see the things that are required of an actor.

What were some of your personal inputs for your character and the show?

The voice was a major one. You have a series of books of shorts stories, dialogues, inner monologues and narratives that connect them all. That is all well and good when you have that much material, and you can have the nuance and complexity across a conversation because you see how Geralt is interacting with the ruler and he’ll be talking to them in the right mannerisms, and then as this king/queen is becoming more and more difficult or obtuse, he’ll become more and more direct, and you’ll see that transition across a short story.

“I’VE LIVED GERALT BY PLAYING THE GAMES AS WELL AS READING THE BOOKS, AND NOW I PLAY HIM IN THE SERIES. YOU CAN’T REALLY SEPARATE THE TWO AND DEDUCE THAT THIS IS MY CONNECTION WITH HIM. FOR ME, GERALT LIVES WITHIN ME, AND I LIVE WITHIN GERALT.”

Because of the format of the show, however, we don’t have that luxury, and hence with Geralt’s story time, it was important that I boiled down the character in the books to an essence. For me, the representation by voice was a really great way to capture that gravitas and directness, which you find in the books but only after a long period of conversation.

So if I had that directness from the very beginning, whether in the form of a word or grunt, you would immediately get what type of character he is. And then from there, I could start doing things like playing with softness with different characters in the story, and kindness or hardness, depending on where the characters’ interaction leads. 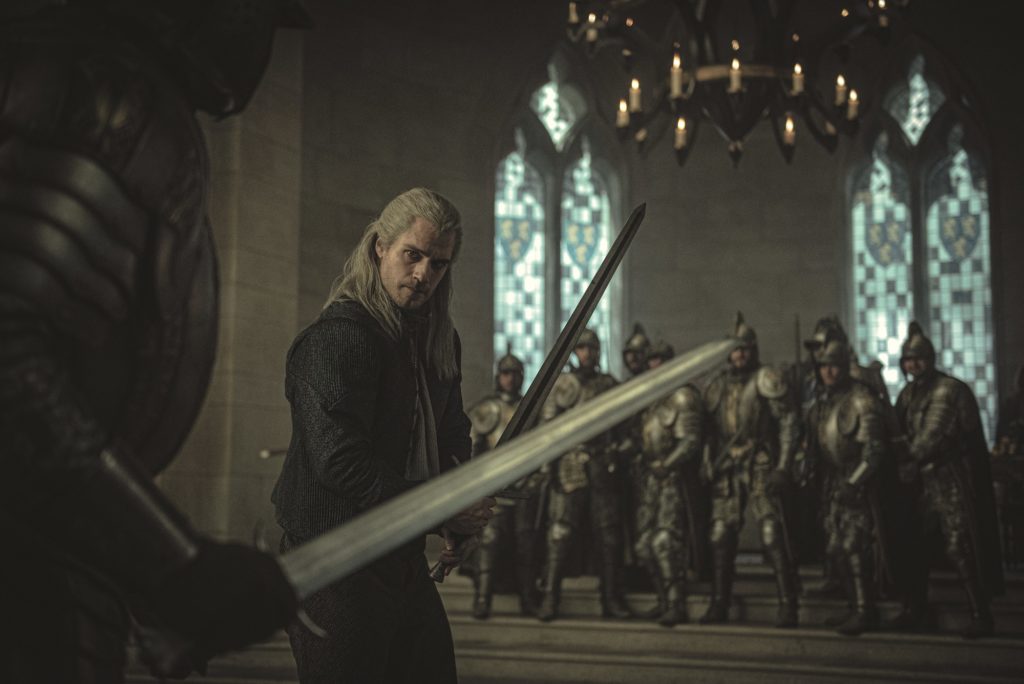 Please describe your connection with Geralt.

When you read the fantasy genre, you tend to find a connection with the characters because fantasy is always very character-rich. Even if you didn’t, you’re travelling with them on such an emotional journey that you start to build a connection. In regard to my connection with Geralt, it’s really tough to say; I’ve lived Geralt by playing the games as well as reading the books, and now I play him in the series. You can’t really separate the two and deduce that this is my connection with him. For me, Geralt lives within me, and I live within Geralt.

Would you consider Geralt an anti-hero?

For me, the interesting thing is that Geralt is not an anti-hero. He is an interesting access point to a typical white knight hero, it’s just in a setting where he’s not allowed to exist as a white knight, no one else is. But he is the most white knight of white knights out there, even more so than the Eyck of Denesle, a knight in Sword of Destiny. What was your approach to the intense live action sequences? Did you worry that you might need to implement the gravity-defying actions from the games?

(Laughs) I’m quite realistic. When I was playing the games, I would look at certain moves and sequences and think, no, that would be impossible in real life. Like diving off the bridge in Skellige, that’s never going to happen in real life. Even if you didn’t smash into the rocks, as soon as you hit the water, your body will explode. When approaching it, I knew how tough this was going to be. I’ve been a physical person throughout my career, so I know how difficult these things can get.

It has actually been more about me pushing the stunt team and saying, “Guys, I can do this,” or “This needs to be harder.” For instance, if you’re going to hit me into a pillar, it’s got to look like I’m really hitting into it, so let’s crank up the pressure on the wire pull, and they would go, “Really?”, and I would say, “Yeah. I’ll get my hands in the way. Don’t worry, I’ll make sure I’m not injured.” And that is where I exist within the realm. I want the audience to believe that this stuff is really happening.

The series and characters reveal a great deal on dualities, ironies and existential discourses. What did you make of it?

A witcher is basically a super soldier with no political affiliation, but, at the same time, they are very much like us, especially Geralt. He is presented in this hard, stoney way of a cold, merciless killer, but, at the same time, that’s the exact opposite of who he really is on the inside. And to play with that as an actor, to exist within both of those spheres is wonderful.

We often paint these characters as either good or bad, as one thing rather than the other, but the reality is often a good person may have to commit great violence to accomplish one good deed. And if you then have the violence exist in a vacuum, that person is a villain, but if you add the big picture, that person is not a villain. And if you add an even bigger picture, he’s still a villain, and that is what The Witcher world is all about. I love accessing that because it’s so real-world and we often don’t look at that. 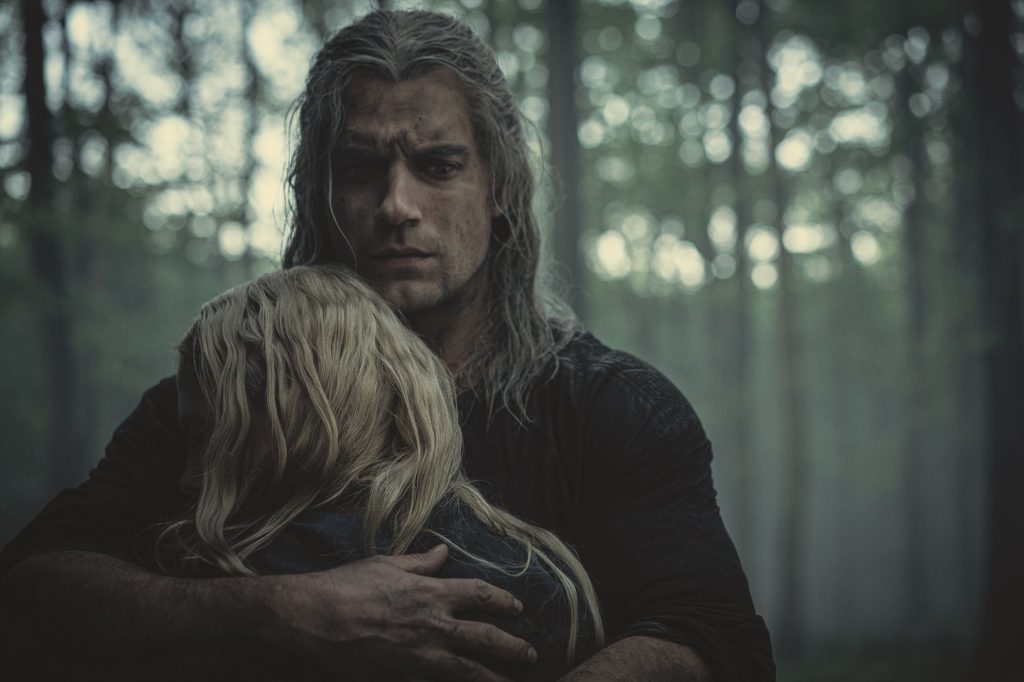 What is your personal outlook on destiny and tough decisions?

A lot of people say everything happens for a reason, and that can often be very related to, for example, an actor not getting a role. “Oh, don’t worry, everything happens for a reason.” And for me personally, I think we have the potential of a destiny, and that destiny can shift, but it’s all about our choices leading to that point, which allow that destiny to happen.

It kind of sounds like I’m contradicting myself, because destiny is supposed to be predestined, but I think the wonderful thing about something like destiny is that we are making it as we go along. It’s like playing The Witcher game. You have to make the right choices to achieve whatever destiny you achieve at the end of the game. And there are different endings of the game. That for me is a really good representation of what I believe when it comes to destiny.

The Witcher is now streaming on Netflix