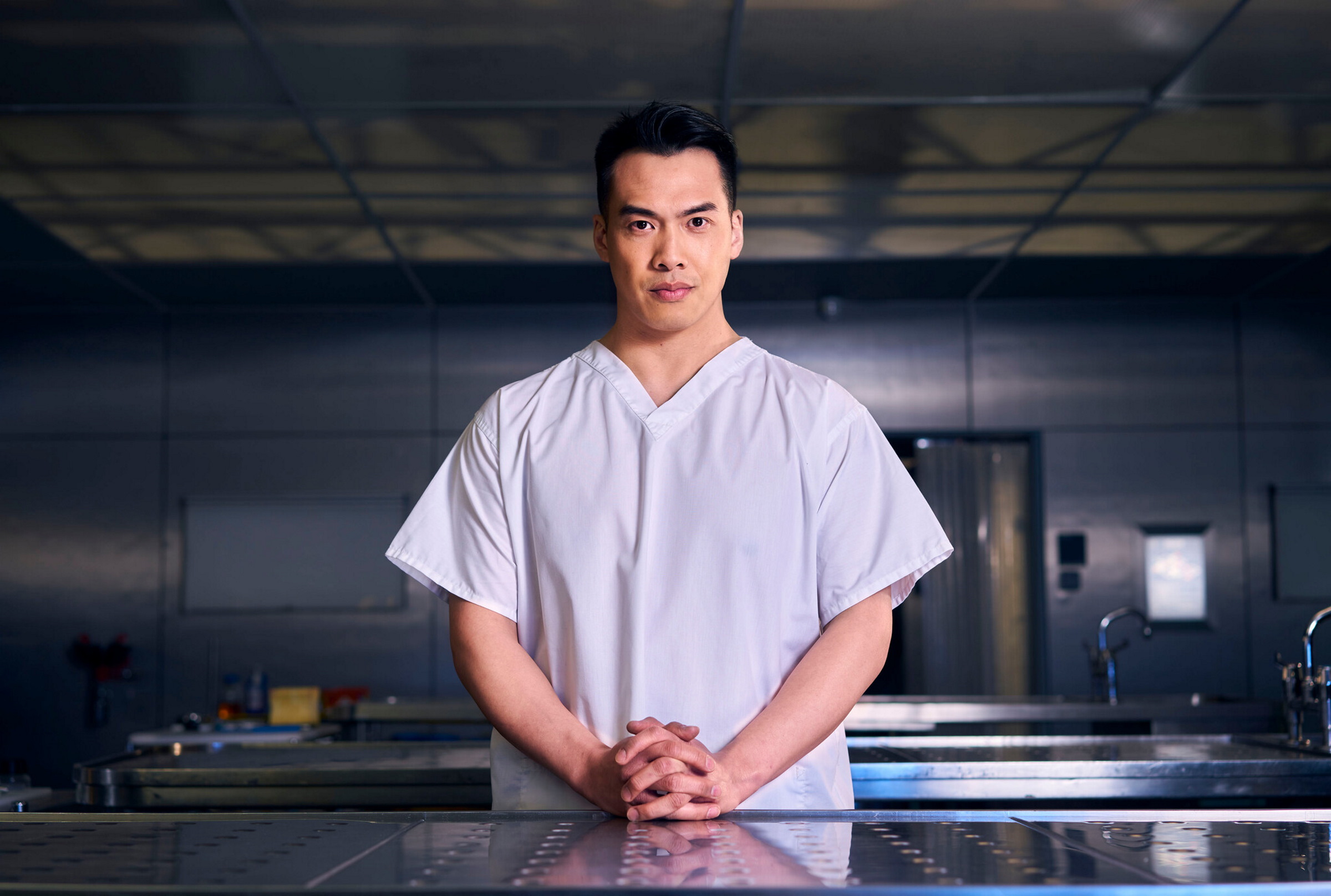 Silent Witness is Britain’s longest-running crime series currently on TV. Airing in the UK for 25 years, it centres on a team of exceptional forensic pathologists and scientists who investigate heinous crimes. The new season sees Jason Wong joining the cast as Adam Yuen, a brilliant pathologist who is the team’s newest recruit.

Jason’s involvement in the series brings a bit of Asian flavour to the series, even more so to audiences in Southeast Asia. His mother is Singaporean, and his father is from Malaysia, so that alone serves as an added hook for audiences in both countries to tune in.

Silent Witness Season 24 sees Jason stepping into the shoes of the newest addition to the team, who causes friction with his impetuous desire to impress. His arrival adds a new dynamic to the series following the death of mainstay character Dr Thomas Chamberlain (Richard Lintern) and the departure of Clarissa Mullery (Liz Carr).

However returning in season 24 is Emilia Fox who marks her return as Dr Nikki Alexander. Together with Jack Hodgson (David Caves), they make their return to Lyell Centre with new cases to unravel and investigate. Ahead of the season premiere this October we caught up with Jason to find out more about his involvement in the series and the Asian connection, his character Adam Yuen will present to audiences.

Congrats on the new role. So how does it feel, joining a TV show with such a long history such as Silent Witness?

It’s been really fun doing the show and personally for me, I’ve always wanted to do something like join a long running show and it’s nice to be able to do that. Everyone’s been super welcoming on the show, and it was great experience. But also as the Asian in me, I’m a feeder and I figured whenever you give people food, they automatically like you. So on my first day on set, I bought everyone donuts to keep them happy. And they said, “Yeah, Jason’s cool,” so I practically bought their stomachs (laughs).

So, you’ve basically secured your role for the next 20 seasons then?

I don’t know about that! I think it was more of a nice integration into the show you know. They could have easily put some heavy scenes in that show with the pathology chat and the medical terms – and all that sort of stuff is pretty immense. You’ve got to learn stuff like how to hold the scalpel like a pencil and so forth and it’s a lot to take in. But they were cool in the way they integrated me into the whole process and not just throw me in straight away.

Were there any big challenges for you?

Well we had to stop production for a couple of weeks because of COVID. So normally the scenes are all spread out but because of the delay, we had to squeeze all these post-mortem scenes in two weeks. And let me tell you these were some of the hardest dialogues I had to go through. I would do something from episode two and then jump into a scene for episode six and then five, so it was very intense. As an actor you need to map out where the character was in the script and what they were thinking and also to memorise all these medical terms.

And you had to study forensic and pathology terminology just for this role correct?

Yeah, and one of the writers of the show is a doctor and he was like “let’s construct the hardest line there and let’s give to Jason as a welcome”. I had some pretty hard lines to remember and “I went oh my god, this guy really hates me”. (laughs). But on a serious note I think one of the hardest parts of the role for me was showing vulnerability on camera.

My previous roles were mostly hard character types like FBI agents, soldiers and so on and for me those roles were easy to play. I remember one scene on the show where my character had to recall a past moment and it involved family history and pressures, and I had to show that on camera and that was hard. I mean you don’t just cry once right, you have to go through it like six or seven takes and you’ve got to stay in it.

Tell us more about your character, Adam.

So his name is Adam Yuen and his family is Singaporean and he comes from a long line of medical surgeons and medical professionals. But because he becomes a pathologist, he sort of becomes a black sheep of the family. Here’s a guy who was expected to follow in the family footsteps and become a great doctor, but he decides to go the other way. I think it was interesting to see that relationship that Adam has with his family and just giving a flavour to the British audience about the expectations in the culture within Asian families and the pressures that some of us have to face.

I know there was an aspect of race and him (Adam) being the first main Asian character on screen. But for me it wasn’t about that, it was more about showcasing the content of the character and being a positive influence. My goal was to connect the audience on a personal level to reveal the journey of the character and how it fits into the team and contributes to helping piece together the puzzle to solve these crimes.

Your character’s surname is the same as your mom’s surname correct?

Yes, that’s an interesting point actually. So the surname for Adam’s character is Yuen and it was a homage to my mom’s family in Singapore. The surname for the character was initially written as Song, but I was like, can we change to Yuen for my family heritage in Singapore and Malaysia. It was a subtle change, but you can tell by the surnames of what regions and parts around Asia, and I thought it would be a nice little bit of flavour on British screens.

How many donuts did that cost you?

Let me tell you I bought a lot of donuts!

Was there added pressure for you stepping into the show following the departure of two mainstay characters from the previous season?

There wasn’t added pressure for me, but I knew there were going to be more different and exciting storylines. I wanted to bring a different level of energy to it because the other two characters are a bit more serious.  So I wanted to ensure that you bring that young millennial energy coming through and that aspect of everything needing to be fast paced.

It’s an interesting dynamic because he steps into this team, and he doesn’t have the patience for certain procedures. He wants answers now and he makes no qualms about breaking that red tape because he can’t wait. And we see that he sorts of rubs people like Nikki and Jack the wrong way. There’s a decorum in play but he ignores that and goes in guns blazing because of his need to find answers and impress his colleagues and that sort of irritates the people he works with.

Do you think audiences in Singapore and Malaysia are going to be stoked seeing you on the show?

Yeah, I hope so you know. I hope they will get to watch it and go, “that’s one of us, and he’s doing a good job.” And its also for me to humble about my beginnings and my family history and not let this whole thing get too big in my head.