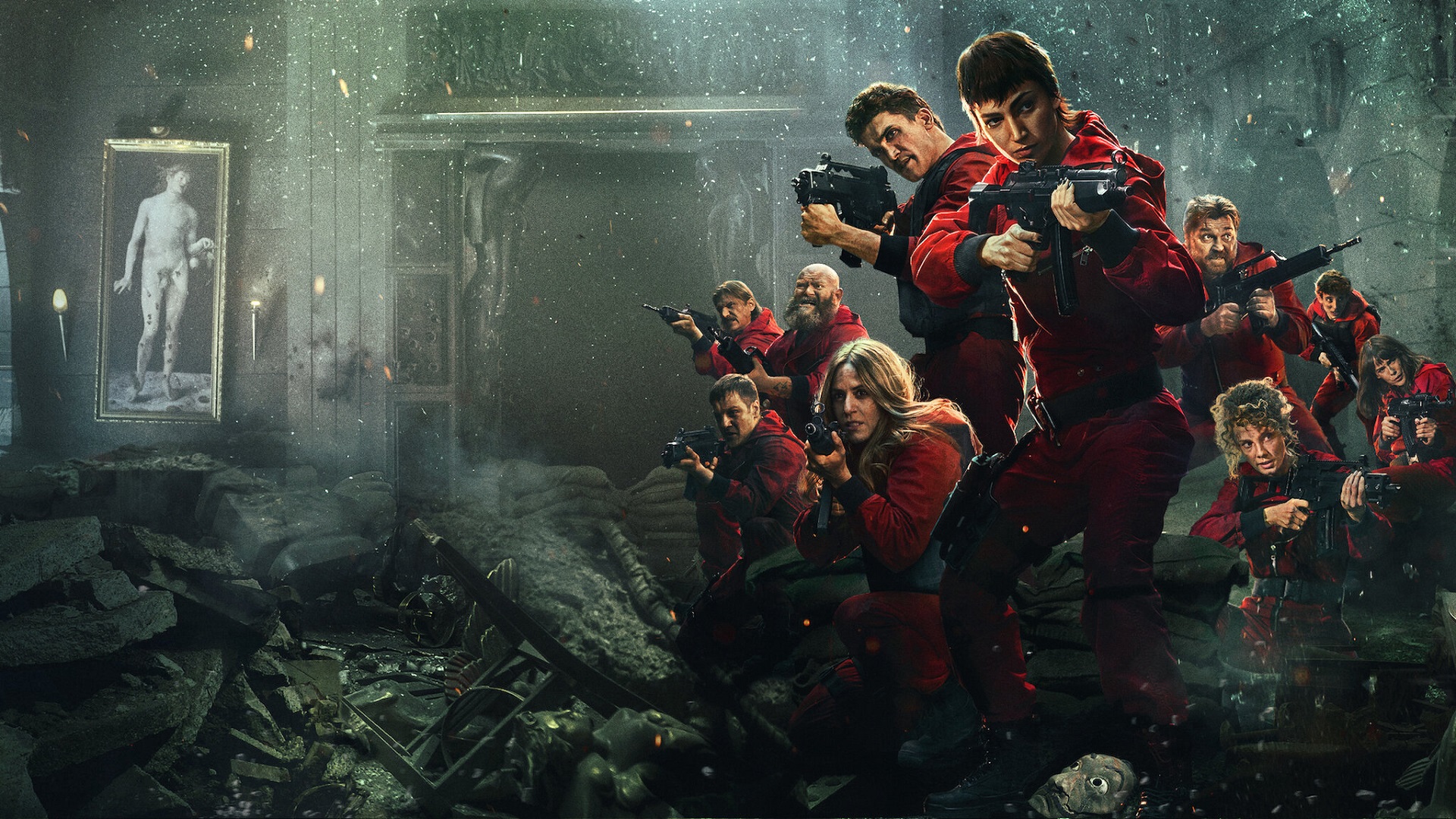 The new teaser for Money Heist Season 5 Volume 2 was released by Netflix on 13 October 2021, announcing “The End is Coming”.

“In the last few hours, I’ve lost people very dear to me. And I won’t anyone else fall because of this heist,” says The Professor at the beginning of the 31-second teaser.

Of course, we know a lot is happening around the ongoing heist at the Bank of Spain but the teaser divulges no secrets.

It offers a pinhole-like glimpse into what we can expect in the second part of the last season of one of the most-watched Netflix shows of all time.

Lisbon (Itziar Ituño), Berlín (Pedro Alonso) and Denver (Jaime Lorente) are seen, besides a few others in the teaser. There is a panoply of emotions, ranging from anguish to frustration, writ large on their discernible features.

Explosions, indicating that the situation has become extremely dangerous for the surviving characters, are also seen in the teaser.

It ends with The Professor cocking a handgun as if getting ready to join the war in which his trusted lieutenants are trapped.

Netflix, on 24 May this year, had announced the release dates of the two-part Season 5 — the last of the Spanish crime thriller originally titled La Casa de Papel. The first part, with five episodes, dropped on 3 September. The second, which will also have five episodes, is set for release on 3 December.

As per the official plot-line of the season finale, “The gang has been shut in the Bank of Spain for over 100 hours. They have managed to rescue Lisbon, but their darkest moment is upon them after losing one of their own. The Professor has been captured by Sierra and, for the first time, doesn’t have an escape plan. Just when it seems like nothing else could go wrong, an enemy comes on the scene that is much more powerful than any they’ve faced: the army. The end of the greatest heist in history is approaching, and what began as a robbery will turn into a war.”

In the story, the characters are given nicknames of famous cities, such as Tokyo, Lisbon and Moscow, by the gang leader and mastermind who calls himself The Professor. Thanks to the humongous popularity of the show, the red jumpsuits and Salvador Dali masks used by the gang have now become pop culture icons.

The cast of Money Heist season 5

Series regulars are joined by some new faces in the final season.

A quick look at what has happened so far, including season 5 Part 1

Following the first heist at the Royal Mint of Spain, over the first two seasons, The Professor and his gang dissipate. The robbery was successful but three members — Oslo, Moscow and Berlin — lose their lives.

The third, fourth and fifth seasons are set around three years after the events in the first two. The Professor regroups his team, which also includes new members, and reveals a plan to rob the Bank of Spain.

However, the heist appears to be going wrong. The gang is holed up inside the bank and the army is at their throats. A pregnant cop, Alicia Sierra, finds The Professor in his hideout and takes him captive along with Marseille and Benjamin. Later, she releases them to help her deliver her baby.

Meanwhile, a special army unit led by Sagasta enters the Bank to challenge the gang. In the ensuing firefight, Tokyo sacrifices herself.

Recently, a clip went viral on social media showing The Professor chasing Sierra in a car. It is not clear if the 1.5-minute-long clip is from Part 2 or just a deleted scene that has cropped up.

Whatever be it, the clip begins with The Professor saying, “…the rest of the heist is all tied up and gagged,” indicating that things are terrible at the Bank.

As Sierra is trying to escape with her baby, Marseille, who too is part of the chase in a separate vehicle, plans to corner her from the opposite side.

As she sees Marseille approaching, Sierra tells him to back off. “If you don’t, you’ll kill a mom and a baby. And you’re no murderer. I saw how you held her,” she says.

Marseille swerves his vehicle at the nick of time, not wanting to hurt Sierra or her baby. At that moment, Sierra shoots at the tyres of Marseille’s car thereby rendering it incapable of chasing her.

The clip has raised several questions as to what Sierra is trying to do. What will happen to the gang, which is now without Tokyo — the most important character after The Professor?

These and many other questions will be answered in this part of the season finale.

Will Netflix’s Hellbound Be Your Next Korean Guilty Pleasure After Squid Game?

10 Horror Flicks To Scare Yourself Silly Before Halloween