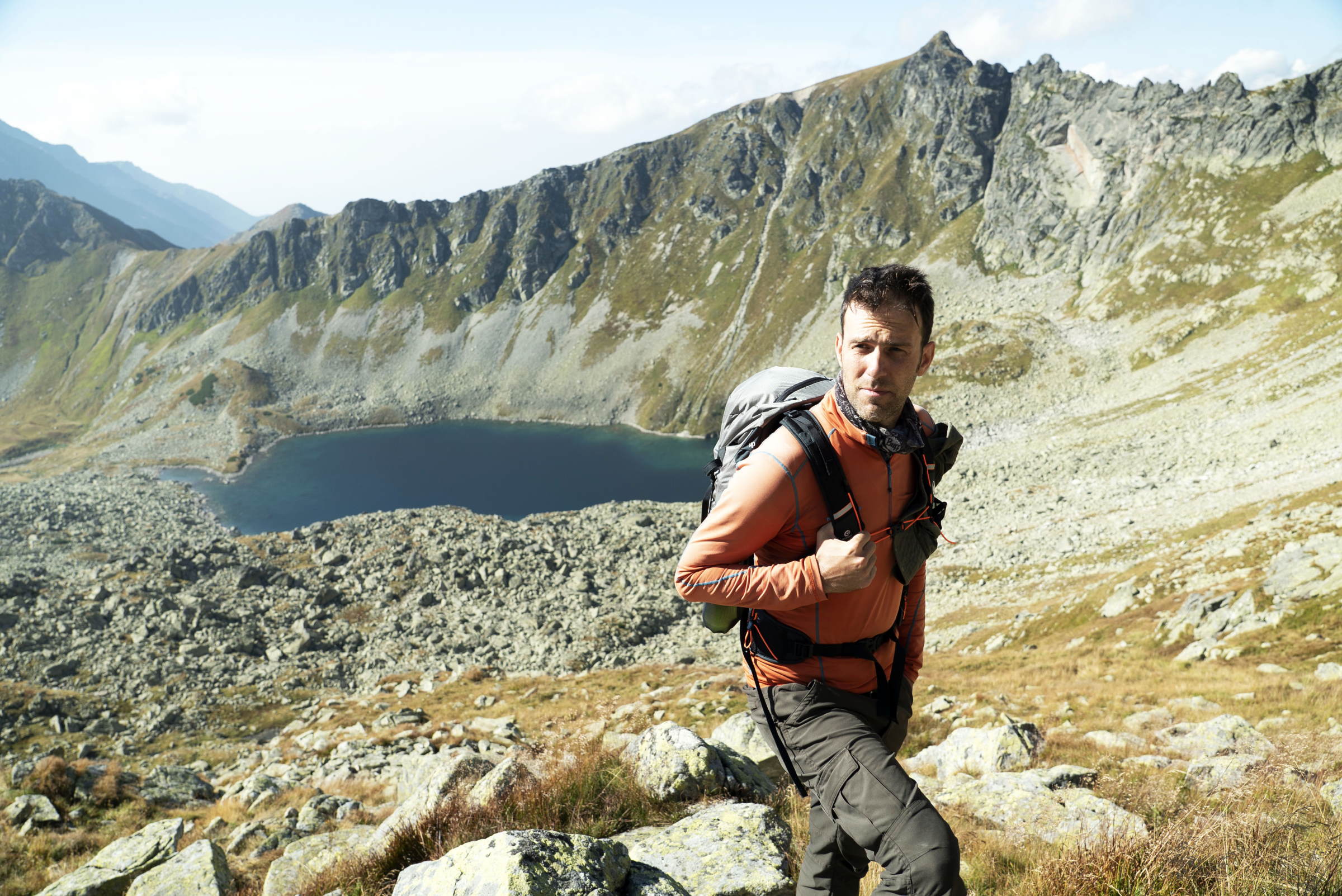 Extreme Treks Season 4 is here and for host and producer, Ryan Pyle it represents the toughest season yet.

Set to premiere on 23rd November, Extreme Treks Season 4 continues to see Ryan taking on some of the most challenging, beautiful, and captivating hikes and treks around the globe. For the past three seasons, the avid adventurer and renowned photographer has made venturing into the world’s most spectacular trekking destinations his calling card.

His inspiring human-powered adventures prove that anyone can get out and explore the great unknown. Through Extreme Treks, Ryan shows audiences the best way to understand and respect the world around us is to put yourself right in the path of Mother Nature herself. Throughout all seasons of Extreme Treks, Ryan has trekked some impressive sites and destinations across the world. However, season four of the series presented his most challenging yet. 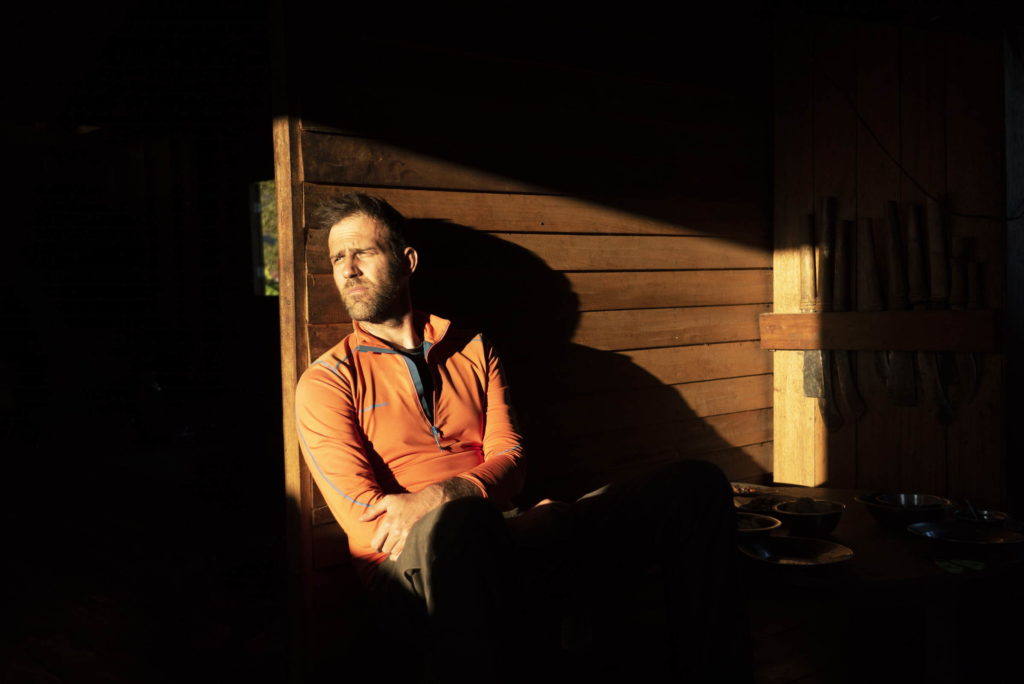 As COVID-19 ravaged the world, Ryan had to navigate uncertainty in producing the show. With global lockdowns and borders shut, he undertook immense challenges to see the season through. Admitting that pre-production and planning was more difficult than the treks themselves, which is strange coming from a person who walked 380km across Switzerland, he still managed to complete the season.

In this exclusive interview, Ryan reveals the challenges producing the show during the pandemic and how Season 4 all came together, despite the global lockdown.

We know that COVID-19 caused some delays with this season. How hard was it to push pause whilst doing the show?

Yeah, what happen was we started filming in February 2020, we went Myanmar and made a really beautiful episode in the Chin Hills. And even at this stage, China was closed, Italy was closing and obviously, the global viral pandemic was in the news all the time, but no one really knew just how quickly it would spread and how everything would just shut down. It was really crazy.

So then in March, I was in Dubai, which is where I live actually, and I was watching the news and saw how it was unravelling everywhere. At this point, we decided to go film in Ethiopia because Africa wasn’t too affected by this viral pandemic at this stage. We went to Ethiopia to film and by mid-March everything got worse. Dubai closed their borders, and I was literally locked out of my home. We also had to cut the Ethiopia episode early – it was one of the first trips we never finished. We filmed that as part of the episode, so people will have a chance to see our emotions and we had to go through during that period.

When did you resume?

After the first lockdown, I was able to get into Europe to film two episodes in Switzerland. I walked across Switzerland and last summer Europe was quite open and quiet and then we filmed in Poland where we filmed a beautiful episode in the Tatra Mountains. As we were outside all the time, it felt really safe and comfortable to film. Obviously though we had to reorganise how Extreme Treks was presented and made, typically it runs for eight episodes but this time it’s only five because we couldn’t finish all eight.

We couldn’t get to South America and Asia, but BBC were very kind and took the five that we had. We were very lucky in that sense to have made anything at all and to have finished the postproduction and then have great partners like BBC to still show it. Hopefully it will get people excited about travel and nature and other wonderful things that we’re all missing these days.

Extreme Treks was one of the few productions that resumed right after the lockdown. Were there noticeable changes in the places you went to film the show?

What is your favourite episode from this season?

I really loved our episode in Ethiopia, that place was really quite special. We were doing a trek through the Simien Mountains in Northern Ethiopia on the border with South Sudan. But we had to cut it short, sadly because the world was kind of closing and we had to get out of there safely. I wished we had been able to spend more time there. Because I felt like that was going to be a really great episode.

Would you go back to do like a part two for Season Five perhaps?

I don’t know to be honest. It’s just the big debate for me right now and it’s an emotional time for me, because right now we’re promoting Extreme Treks Season Four and it’s not very clear if I’ll have the chance to make another season.  It’s not very clear because we don’t really know how global travel will look like later this year or next year.

I mean, if you’re in Singapore, Malaysia, or Hong Kong, you know, you guys have been locked down and unable to go anywhere for the past year and a half. So many of my friends are in Asia; so much of our great filming that we do is in Asia. It just it feels very surreal at the moment not knowing when we can really get back to work the way that we used to. I guess we just have to wait and see what happens this winter and hopefully next year everything will be better, and we can get back to doing what we do best which is which is moving around the world and hopefully telling great stories.

What would you say was the most challenging trek was from this season?

I would say the walk across Switzerland. We did a double episode in Switzerland where we walked 380 kilometres. It took place along the Via Alpina, which is a cross Switzerland trail that goes from Liechtenstein all the way to Montreux on Lake Geneva and, and it was really tough.

Switzerland is obviously a very small and mountainous country. So every day we were just going up and down mountains and it was extremely physically challenging. Normally, when we climb a big mountain, we just go up and then we come down. Or, you know when we walk across the desert, it’s also quite challenging.

However, just the sheer number of vertical inclines and declines in Switzerland that we had to do was incredible, but that was also what made the episode I think. It just looked really beautiful and I’m very proud of what we were able to show there.

Is there an ultimate hike that you have on your wish list, or have you done them all, already?

I would really like to do something in Antarctica or the Arctic. I’m very interested in the polar regions. We’ve done some filming in places like Iceland, and places like Northern Canada and I think going to the polar regions would be very interesting, but we haven’t had the opportunity to do that yet. But that would be a great place to do some filming and also do some social distancing. So who knows, maybe one day in the future we will be able to go there and do that.

How do you go about researching or planning your episodes and treks?

Personally for me, this is the most fun part of making the show. I get to choose all the locations myself and I really love the freedom to be able to do that. I get leads by talking with friends and looking at these countries on maps and seeing these mountains and deserts and basically just wondering what the landscape looks like.

It’s also much easier now with tools like YouTube and Instagram because you can find some desert in Namibia for example, and just do a quick search on Google, YouTube or Instagram and you’ll find someone has been there with a GoPro or something.

It gives you a feel of what it looks like and then it allows us to dig a little deeper like to find a tour company or a guide and maybe find a local media producer who can help us with the permits and things like that, and it all just kind of snowballs from there. That said, it all starts with just curiosity and looking for beautiful places and I’m constantly doing even though we can’t film.

I’m constantly still making lists of places that I would like to go for future seasons and hopefully we’ll have that chance. But it all starts with just being inquisitive and looking at other people’s amateur footage, and then deciding how hard it would be to film that story and I love that aspect of the creative process.

What do you typically pack away for each trek/journey?

Each track is always going to be a little bit different depending on where we’re going and what the weather’s like. But I always make it a point to be ready for four seasons in a day. Some days can be quite warm and then in the evening it will snowing, so we always have to be ready for anything.

But I have a very tiny little gadget that I take with me everywhere. It’s kind of like a little mini satellite device that hooks up with your phone and it allows me to send some text messages every now and then.

Although I love being out in the wild and totally disconnected from everything I do, I make it a point to reach out to my brother and my mother from time to time just to let them know, I’m safe and healthy. It’s just really nice to have that kind of interconnectivity out in the wild, at least just for the immediate family.

What’s the hardest part about doing the show? 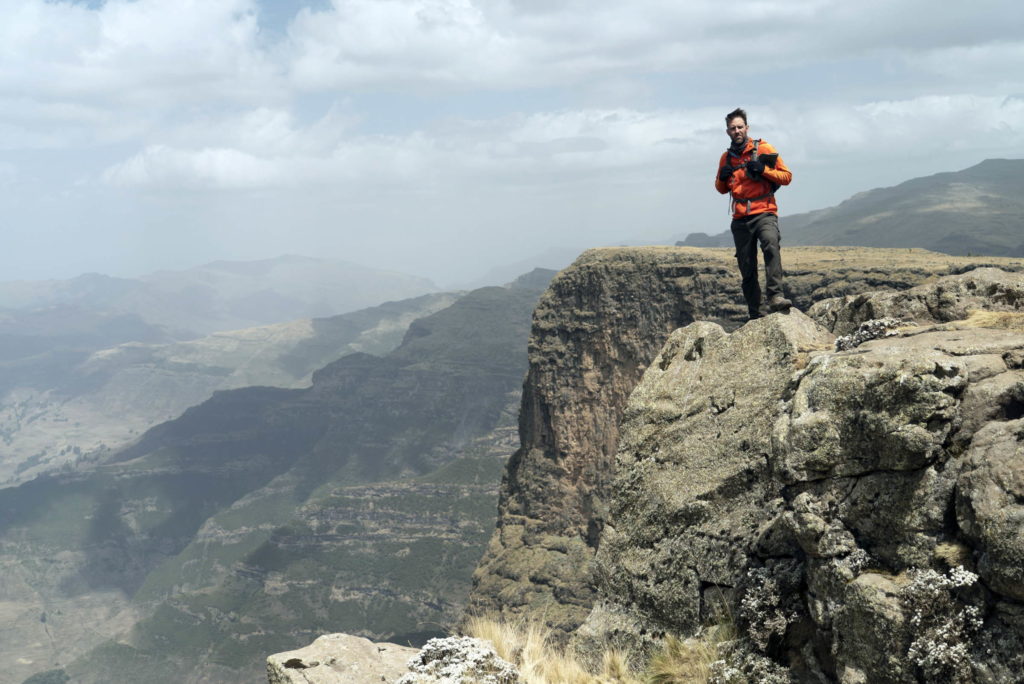 Well, just being in the entertainment industry in itself is incredibly challenging. It’s not easy, and it’s not for the faint of heart. It is very challenging, you have to work with people, share ideas and respect other people’s ideas. You have to collaborate you have to compromise. You know, it’s not necessarily the nicest or the cleanest industry to be in. You have to really fight to get things done from time to time.