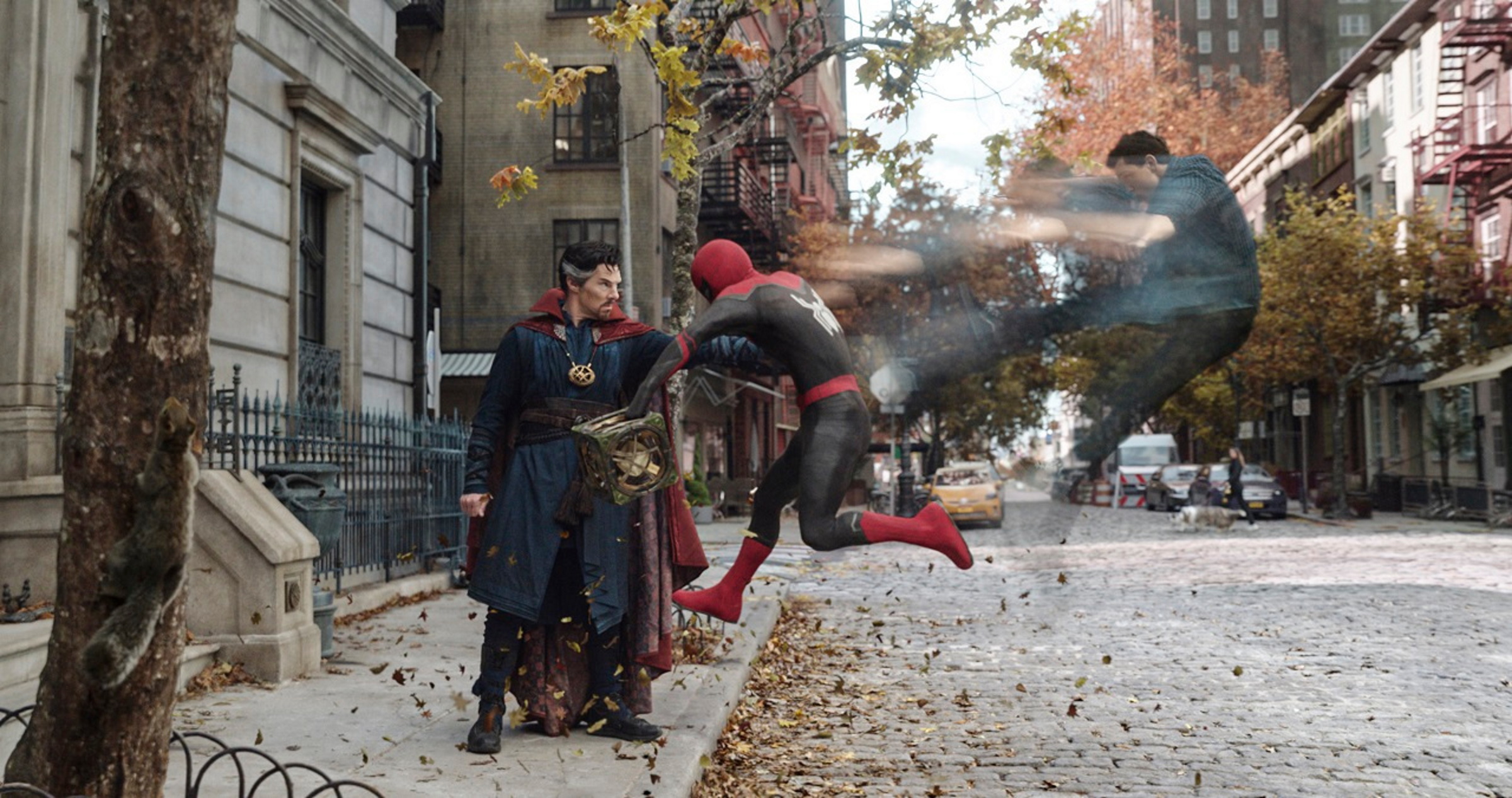 The next instalment of the Spider-Man franchise brings back Tom Holland as Peter Parker. As seen in the previous Spidey film, Far From Home, he was exposed by J. Jonah Jameson during the film’s end credits.

Even more surprising is that the head honcho of the Daily Bugle was portrayed by original actor, J.K. Simmons. The cool cameo aside, it was heavily suggested that the appearance of Simmons may open the doors to the Multiverse.

A Web Of Alternate Universes

Now with the Loki series seemingly suggesting alternate universes, the new No Way Home trailer continues that theory. Parker has been outed as Spider-Man and accused of the murder of Jake Gyllenhaal’s Mysterio.

As seen in the three-minute look, Parker is at wits end trying to come to terms with his newfound fame. He seeks out Doctor Strange (Benedict Cumberbatch) to help alleviate the situation. However, it seems that the solution presented may cause new issues for the friendly neighbourhood wall-crawler.

As seen at the end of the No Way Home trailer, Alfred Molina’s Doctor Octopus is making a return. Molina portrayed the character and archnemesis in the Sam Raimi trilogy. Raimi incidentally is directing the Doctor Strange sequel, the Multiverse of Madness. One does wonder if the events of this Spider-Man adventure, will lead into that one.

Molina isn’t the only character reportedly reprising his role from the previous Spider-Man franchise. Rumours are rampant that Willem Dafoe is also back as the Green Goblin as is Jamie Foxx, who portrayed Electro in the Andrew Garfield-led Spider-Man films.

There are also those who suggest that Garfield and the OG Spidey, Tobey Maguire are set for cameo returns as well. Although this is all speculation, the actors who are confirmed to return are Jacob Batalon and Zendaya, portraying Ned and MJ respectively. Also returning are Marisa Tomei and Jon Favreau, playing May Parker and Happy Hogan.

Spider-Man: No Way Home is directed by Jon Watts. The film swings into cinemas in mid-December 2021. Check out the trailer below.

written by.
Richard Augustin
Former chef turned writer; Richard has tip-toed around the publishing industry for two decades. When not busy chasing deadlines, you can still find him experimenting with recipes in the kitchen.
cars Motoring fashion menswear Culture lifestyle