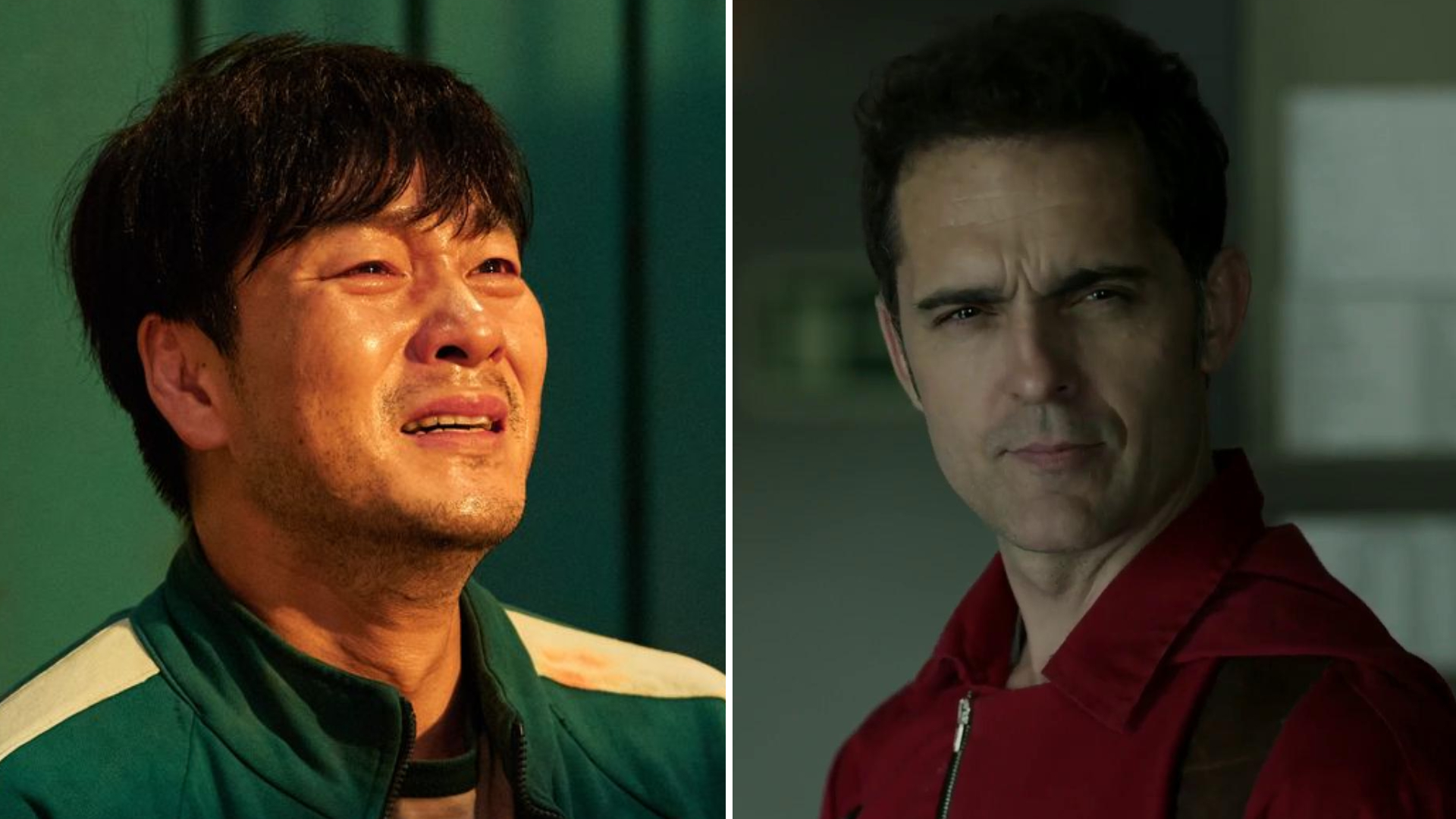 Money Heist is getting a Korean remake.

The second part of the final season of the Spanish series Money Heist (La Casa de Papel) premiered on Netflix on 3 December 2021.

Two days before its premiere, the series’ fans were greeted with a video, featuring Squid Game (2021) star Park Hae-soo who has been cast as Berlin in the Korean remake of Money Heist.

Although the casting of the Korean adaptation was announced in March 2021, the video released on YouTube made headlines on 2 December.

The Korean actor swayed all Money Heist fans and his entire fanbase with the video.

Park reveals himself from behind a Dali mask in the video and says, “As an actor and as a fan of the series, I want to thank the cast and crew of Money Heist for the great series they have created. We are looking forward to sharing the Korean version of Money Heist with you in 2022.”

Looking dapper in a suit, the South Korean actor thanked the entire cast and crew of the series for their hard work and dedication in creating the massive hit.

He also thanked Pedro Alonso for portraying Berlin and how Park has been a fan of the character and promises to present him a mask from the Korean version.

“It is an honour for me to participate in such a wonderful series and above all to make Berlin an amazing character. I’m sure the rest of the cast of the Korean version feels the same way as I do,” Park said.

Who is Berlin in Money Heist?

Played by Spanish actor Pedro Alonso, Andrés de Fonollosa aka Berlin, is one of the pivotal characters in the Spanish series.

Brother and right-hand mastermind to the Professor (Álvaro Morte), Berlin’s planning, authoritative attitude and the span of his character was nothing less stellar than the show itself.

Park’s calm disposition is already a clear reflection of the character he is about to step into.

Cast and crew of the Korean remake of Money Heist

Besides Park essaying Berlin’s role, the cast of the Korean adaptation includes Yoo Ji-tae as “The Professor”, Jeon Jong-seo as “Tokyo”, Lee Won-jong as “Moscow”, Kim Ji-hun as “Denver”, Jang Yoon-ju as “Nairobi”, Lee Hyun-woo as “Rio”, Kim Ji-hun as “Helsinki”, and Lee Kyu-ho as “Oslo”, according to Netflix.

The 12-episode TV series will be directed by Kim Hong-sun, while Ryu Yong-jae, Kim Hwan-chae and Choe Sung-jun are credited as its writers.

When the news of a Korean adaptation of Money Heist was announced last November, series creator Alex Pina had said, “I find it fascinating that the world of La Casa de Papel is so attractive to Korean creators as to do an adaptation. The fact that the action is set on the Korean Peninsula also seems to me to be a milestone which I am really delighted about.”

An overview of Money Heist

The Spanish series is about eight unusual thieves who take hostages and lock themselves inside the Royal Mint of Spain bank, while a criminal mastermind — on the outside — leaves no stone unturned to manipulate the police and ensure that the plan is on track.

It is interesting to note that before Squid Game’s release, Money Heist was the most-watched non-English series on Netflix, with over 180 million households streaming it globally.

A spinoff, solely based on Berlin’s character, is likely to drop in 2023.

This heist might come to an end… But the story continues… Berlin 2023, only on Netflix.#LCDP5 #MoneyHeist pic.twitter.com/lANhx8Ayv4

Best Netflix series money heist Netflix Park Hae-soo Squid Game
written by.
Trinetra Paul
An ardent foodie, Trinetra seeks every opportunity of travelling and writing. Storytelling and slam poetry are her go-to jam. Her lazying around ideas includes binge watching and whipping up some snacks or searching the next place to visit.