The year-end period is normally filled with days of parties, dinners, and drinks. However it is also a time to kick back and relax. And if that’s your go to activity for the next two weeks, then this holiday streaming guide will help.

Netflix, HBO GO and Disney+ have lined up a number of big shows and premieres for the festive season. From sci-fi thrillers to rom-coms and blockbusters, the next couple of weeks will surely leave many spoilt for choice. If you’re looking to put your feet up and catch-up on some good old entertainment, then we urge you to put this holiday streaming guide to good use.

What’s Streaming During The Holidays

The Marvel Studios Disney+ Original has been our guilty pleasure during the holidays and the finale will no doubt bring a ‘big’ surprise. Although the series was set around Clint Barton/Hawkeye (Jeremey Renner) and his protege Kate Bishop (Hailee Steinfeld) unravelling a criminal conspiracy, the arrival of the series’ big bad will no doubt leave audiences wanting more.

This futuristic Korean sci-fi thriller follows a perilous 24-hour mission on the moon where space explorers try to retrieve samples from an abandoned research facility steeped in classified secrets. The Silent Sea stars Gong Yoo as Han Yun-jae, the exploration team leader who must carry out a crucial mission with limited information with Bae Doona portraying astrobiologist Doctor Song Ji-an who is determined to uncover the truth behind an accident at the now-abandoned Balhae Base research station on the moon.

Adam Mckay, the director that brought us blockbuster films like Step Brothers, Anchorman and The Big Short, comes an apocalyptic comedy with an all-star cast that’s hard to miss. The movie centres around an astronomy grad student, and her professor, who makes an astounding discovery of a comet orbiting within the solar system. The problem — it’s headed towards Earth. The other problem? No one really seems to care. 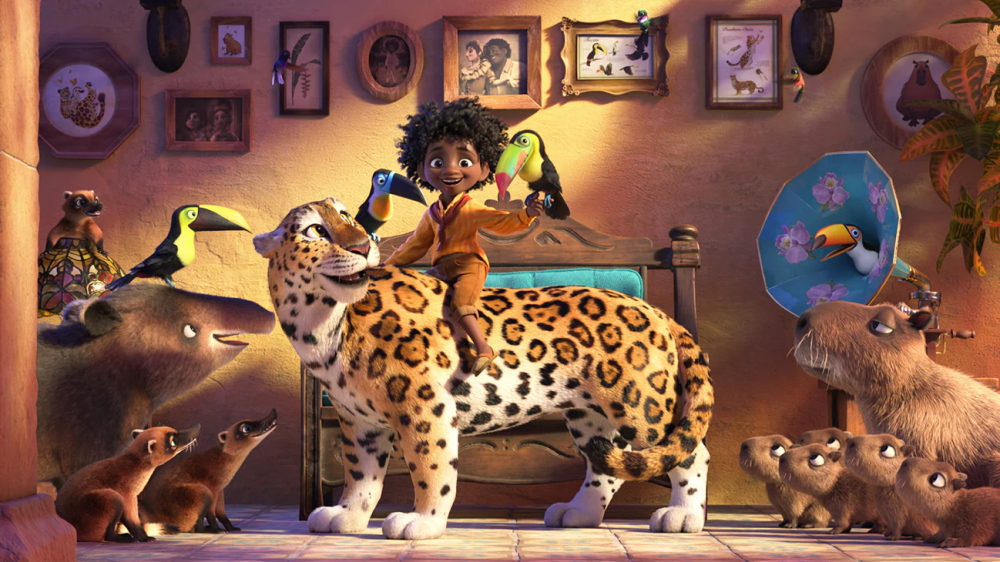 Disney+ kicks off the holiday festivities on Christmas Eve with Walt Disney Animation Studios’ Encanto. The animated musical tells the tale of an extraordinary family, the Madrigals, who live hidden in the mountains of Colombia, in a magical house, in a vibrant town, in a wondrous, charmed place called an Encanto. The magic of the Encanto has blessed every child in the family with a unique gift from super strength to the power to heal—every child except one, Mirabel (Stephanie Beatriz).

One of 2021’s biggest blockbusters, sees mythic adversaries Godzilla and Kong meet in a spectacular battle for the ages. Kong and his protectors undertake a perilous journey to find his true home, together with Jia, a young, orphaned girl with whom he has formed a unique and powerful bond. However, they find themselves in the path of an enraged Godzilla, cutting a swath of destruction across the globe.

Starring Academy Award winners Denzel Washington, Rami Malek, and Jared Leto, The Little Things follows Washington as Kern County Sheriff’s Deputy Joe “Deke” Deacon on what should have been a quick evidence-gathering assignment in Los Angeles. His mundane duty suddenly takes a more sinister twist as he becomes embroiled in the hunt for a serial killer who is terrorising the women in the city.

The spin-off series of The Mandalorian is finally here. Both Temuera Morrison (Boba Fett) and Ming-Na Wen (Fennec Shand) are back as the outlaws who attempt to make a name for themselves in the galaxy’s underworld that was once controlled by Jabba the Hutt.

Oscar-winning veteran actor, director and producer Clint Eastwood stars as Mike Milo, a one-time rodeo star and washed-up horse breeder who has endured the kind of losses that would take most men down. At the end of the day, life’s hard knocks have made Mike even more pragmatic and, despite a stubborn streak, when given a job to do, like it or not he sets out to do it…albeit in his own way.

Maggie Gyllenhaal makes her directorial debut in this new Netflix original. In the film, a woman’s quiet seaside vacation takes an unsettling turn when her fixation on a young mother staying at a nearby villa awakens memories from her past. Starring Olivia Colman, Jessie Buckley and Dakota Johnson.

Announced last month, the retrospective special invites fans on a magical first-person journey through one of the most beloved film franchises of all time. Watch as Daniel Radcliffe, Rupert Grint, Emma Watson, and other esteemed cast members and filmmakers across all eight Harry Potter films reunite for the first time to celebrate the anniversary of the franchise’s first film, Harry Potter and the Sorcerer’s Stone.