Taron Egerton is the Rocketman 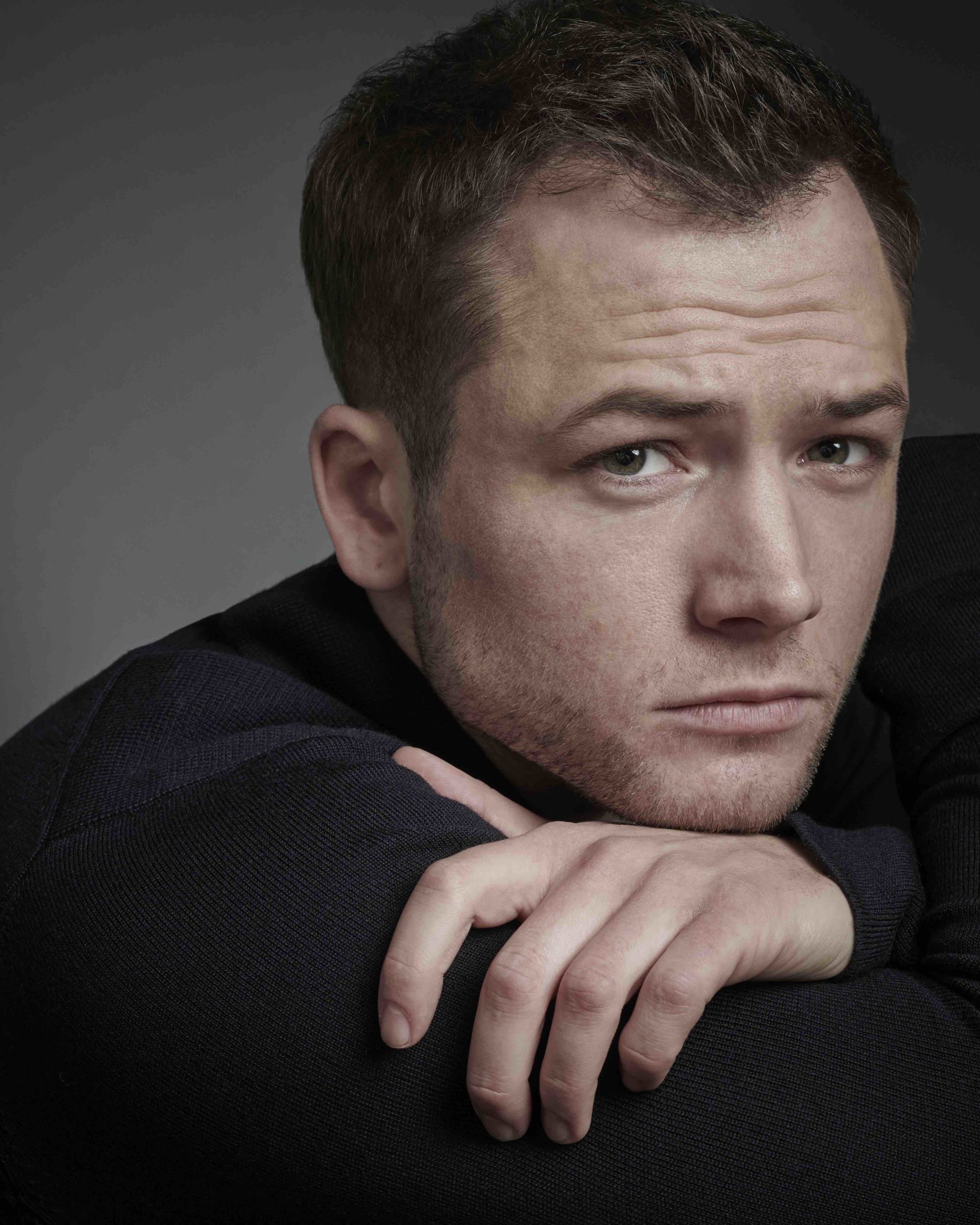 The release of Rocketman is either unfortunate or timely, depending on whether you’re a glass half-full or half-empty sort of person. With the global phenomena that was Bohemian Rhapsody emerging from award season with a bagful of trophies, it was only natural for Rocketman and, by extension, Taron Egerton who plays Elton John in it, to face close scrutiny.

At its core, Rocketman is about struggle and redemption, and follows the life of the pop musician  during his breakthrough years. It’s the kind of role that can make or break an actor, and Egerton has acknowledged the pressure in several interviews, including this one. Rocketman’s director Dexter Fletcher has, however, gone on record to say that he doesn’t think Egerton has anything to worry about. “[Taron] is amazing. He’s the most committed, versatile, vulnerable, strong actor that I’ve ever had the pleasure to work with,” Fletcher said in an interview.

Still, it’s only natural to, especially when you’re tackling a role as iconic as Elton John. Egerton tells us more about his transformation as well as the saucier scenes in the film.

Rocketman is a unique movie and musical experience, in so many ways. How would you describe it?

Well, the mandate was always that this wouldn’t be a straight out-and-out biopic; that it would lead into elements of fantasy. The movie begins with Elton entering rehab. For me personally, that was what I found exciting, because I think that someone who’s so universally-known, to see them in such an intimate, vulnerable situation is quite unusual. What happens in the film is that Elton recounts his life through rehab, and we learn his story from being a young child and going to the Royal Academy of Music all the way up to the point where he has to go to rehab. And the fact we show that says something about Elton and how candid and resilient he is.

All of us have an image of Elton John in our head. How do you tackle portraying that kind of musical legacy?

I mean, yeah, it’s terrifying. And because this is a musical that happens to contain elements of fantasy, it was always a prerequisite for the actors to sing. We were lucky in the sense that Elton and David [Furnish] were very close to the project. And the former has been fantastic, frankly, in letting me be a part of his life for the past couple of years and befriending me, which has made the whole thing feel very personal and very real.

What can you tell us about becoming Elton?

Weirdly, although I know I’m perhaps blessed with a fairly youthful face – that has gotten me turned away from pubs at 29 – I found the stuff where I played him older to be easier. And I think that’s because all the time I’ve spent with Elton has been with older Elton. I haven’t spent any time with 21-year-old Elton. There is footage of him at that age, but it’s interesting because people portray such a different version of themselves on camera.

For me, it all came from the first time I sat down with him and we ate curry together. I went over and had a takeaway curry at his house and we just talked for about two hours. It’s such a hard thing to describe. When you’re given the honour of playing one of the most adored and famous people in the world, there’s such a weight of responsibility that comes with it. And then when you meet them and connect with them genuinely, it just feels like one of the most important things you’ve ever done.

How about your physical transformation? How did you achieve that?

There’s an element of getting to look as much like him as you can, which is very helpful. And I found it easier the older I “got”. There are four rough stages of Elton in the movie. The first was his teenage bowl cut, with chunky Buddy Holly glasses. Then came the long hair – his early 20s stuff set in LA. After that, the hair starts to go. So, for the third look, I shaved my hairline up higher than it already is, by a couple of inches. Finally, for the fourth and final look, I wore a bald cap where I’ve essentially just got a few wisps left. And there’s something about completely changing the way you look that really conditions how you feel and move.

At some point in his mid-to-late 20s, things started to get slightly out of control for him. Putting a slight gap in my teeth and changing my hair helped because I didn’t feel like me. So, I created this sort of hybrid of me and him. There are some parallels between Elton and myself. I mean, I’m not a genius, but in the sense of some of the neuroses and insecurities. I recognised some of my emotional volatility. I’m someone who has very extreme and acute reactions to things. That’s who Elton was too.

You have Elton’s blessing on the film. But does that bring more pressure, in a way?

Well, they haven’t seen it yet. It’s only when they see the movie that I think we’ll both be able to relax. But Elton has been phenomenally encouraging. Throughout the process, we were also at Abbey Road recording tracks. I would get the rough mixes and send them to him. I really needed to hear from him that he was okay with the music. And he was and that was amazing. He’s heard a lot about the music and he’s really pleased.

I always felt, very keenly, that it’s no secret that Elton has his ups and downs. And for me, what was most important was that we were true to that because that’s who he is – and, frankly, that’s why we love him. So, I felt very much when we were on set that I wanted to push it because I knew the one person who wouldn’t mind me doing that was Elton, because he’s not precious. He knows where his strengths and weaknesses lie and he’s at peace with who he is. And he’s been through a hell of a lot. He’s been through recovery. He is settled and solid and knows who he is and he’s frank and candid about it.

So, I always wanted it to be that duality between this sweet, incredibly caring and generous person who just has this intense artistic sensibility and volatility. I believe that that is hand in hand with his creative genius. To not honour or show it felt incorrect.

So, it’s fair to say that this movie isn’t shying away from anything?

Well, part of the journey you’re going through in rehabilitation is that you have to confront all the mistakes and wrong turns you’ve made and be at peace with who you are and learn to love yourself again. And you can’t do that unless you love every aspect of who you are. It’s that process that is the prism through which we see his life in the film. This is not a movie that glamorises drug use. Elton’s relationship with certain substances was extremely corrosive and bad for his health and nearly cost him everything. And that was an important part of the story for me; the balance lies in also making it something that is joyous and celebratory.

If you’ve got it, flaunt it. Particularly when it came to the stage performances in the film, it felt like it needed that kind of swagger, that kind of explosive quality Elton has. And we worked with this incredible costume designer, Julian Day. The costumes were unbelievable. Also, what I found enjoyable were the scenes where I’m not wearing very much at all, like hot pants. It was very liberating. I spend a lot of my life not in the world’s best shape. And, you know, Elton has had his ups and downs, too. But there’s something very, very freeing about just going, “Screw it. I’m going to just love it and have fun and embrace it.” There was nothing Julian could put in front of me that I felt squeamish or sheepish about. Elton is someone who has pushed the envelope in so many ways, to the edge. Elton has pushed aspects of his life to the point of oblivion. And that’s what this film needed to be.

How does the movie approach his romantic relationships?

I’m a straight actor playing a gay icon, so I felt keenly that if I was going to do this properly, we had an obligation
to honour that side of his story. Early in the film, there is a love scene between me and Richard [Madden, who plays John Reid]. I’m proud of it. It’s the first love scene I’ve ever done and it’s two young guys falling in love at a time when it wasn’t socially acceptable. It’s a scene I’m really, really proud of. I think it’s lovely, actually.

How do you think you will look back on playing Elton?

As with most people, I can pinpoint times in my life around Elton John. I remember watching him do ‘Circle of Life’ when I fell in love with The Lion King. I was five or six then. I remember being 12 when Greatest Hits [1970–2002] came out. Me and my stepdad – whom my mum had just met and who would become a huge part of my life – he and I would sit and sing along together to ‘I Guess That’s Why They Call It The Blues’ as he drove me to school. Then, when I was 17, I auditioned for drama school singing ‘Your Song’ but didn’t get in. I sang it again the following year, and this time I did. I’d always known that it was a winner.

So, he’s always been there. Elton John is this kind of figure. And then one day in 2016, when I was still barely able to process the fact that I’ve been in Kingsman, Matthew Vaughn asked, “Do you want to play Elton John?” And I went, “How does Elton feel about it?” I heard he loved the idea, and it was just mental to have been given this chance.

Creating the film has, without wishing to get too earnest, felt like a hugely important thing to me. I’ve poured more of myself into it than I have anything else. And I wouldn’t change a second of it. I’d do it all again. There are not many things I’d say that about. Now that I’ve got to know him, I genuinely feel a connection with the great man. I sang with him recently, and I still can’t believe it happened. I genuinely get a bit emotional just thinking about all of this.

Culture Read More
Charlie Puth talks about grappling with fame and finding his identity
Film
elton john
rocketman
taron egerton
Farhan Shah
Farhan believes that every man needs a good tailor and a better barber. You can usually find him at the gym, the bar or the poker table, usually all three in one night.
Talk to Me About: