Can’t get enough of The Witcher? Well Netflix is expanding the franchise with a prequel series called The Witcher: Blood Origin.

Eagle-eyed fans were treated to a post-credits easter egg upon completion of The Witcher Season 2, as Netflix surprise dropped first look footage from prequel series The Witcher: Blood Origin – the highly anticipated next instalment in The Witcher franchise – in the final episode’s end credits.

The teaser reveals the cast of the series in action for the first time. The series is led by Sophia Brown as Éile, Laurence O’Fuarain as Fjall, and Michelle Yeoh as Scían. Check it out below. 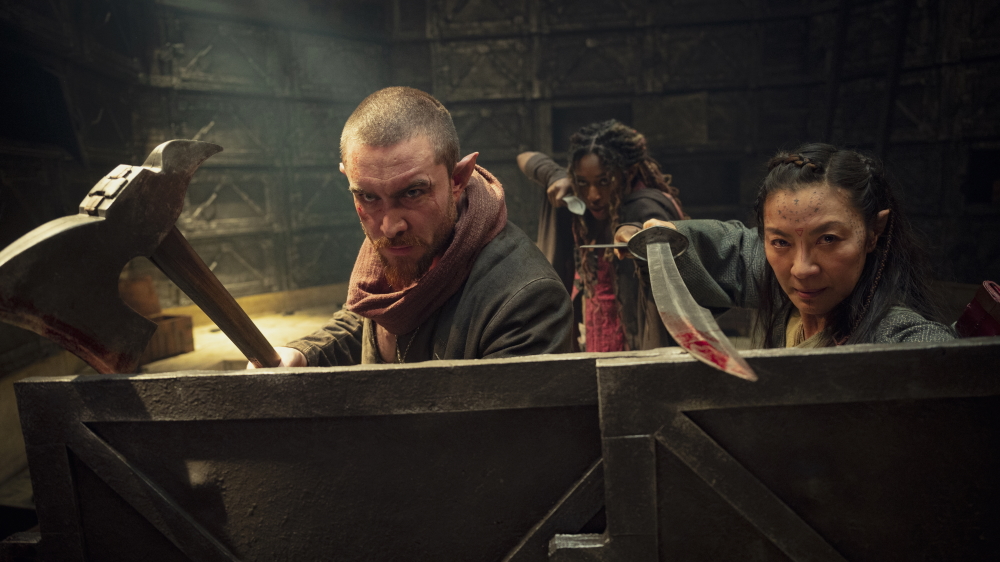 We’ve seen Netflix already hint at a wider universe of The Witcher with Nightmare of the Wolf. The animated series peeled back the curtain of a wider storyline that extends beyond Geralt of Rivia. Now a new story, preceding this one, will further expand the fantasy universe.

Every story has a beginning. Witness the untold history of the Continent with The Witcher: Blood Origin, a new prequel series set in an elven world 1,200 years before the events of The Witcher. Blood Origin will tell a story lost to time – exploring the creation of the first prototype Witcher, and the events that lead to the pivotal “Conjunction of the Spheres,” when the worlds of monsters, men, and elves merged to become one.

Blood Origin will be a six part, live-action limited series, and a prequel to the hit Netflix series The Witcher.  The series wrapped principal photography in November 2021.

entertainment fantasy Netflix Streaming the witcher
written by.
Richard Augustin
Former chef turned writer; Richard has tip-toed around the publishing industry for two decades. When not busy chasing deadlines, you can still find him experimenting with recipes in the kitchen.
cars Motoring fashion menswear Culture lifestyle