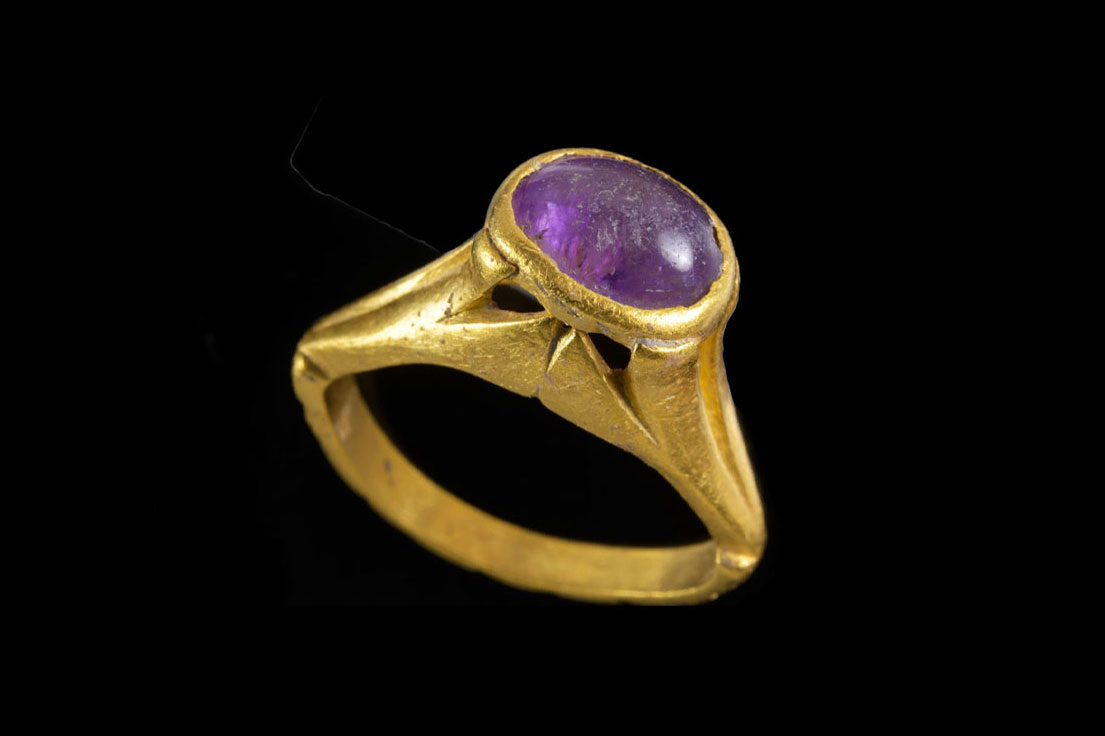 To avoid the effects of drinking too much alcohol today, you likely depend on a big glass of water or cup of coffee, but what if you could stave off a hangover by simply putting a ring on your finger? According to a recent report by CNN, archaeologists in Israel discovered a ring that could be over 1,000 years old and may have been used to prevent hangovers. “The person who owned the ring was affluent, and the wearing of the jewel indicated their status and wealth. Both men and women could wear such rings,” said Dr Amir Golani, an expert on ancient jewellery.

The Ring That Prevents Hangovers

The ring was found during an excavation in Yavne, which was conducted by the Israel Antiquities Authority (IAA) as part of their initiative to expand the city. According to Golani, amethyst — a semi-precious stone — was placed in the ring. “Many virtues have been attached to this gem, including preventing the side effect of drinking, the hangover,” he explained. Its healing properties are fitting when you consider the fact that the ring was found nearby the remains of a warehouse that stored amphorae, a type of jar used to hold wine.

A relic of the Byzantine era, the winery has been excavated over the past two years by the IAA. During excavation, the team found five huge wine presses, as well as treading floors where workers crushed grapes with their feet. The discovery of the industrial estate is the largest known in the world from that time period. The IAA’s latest findings are the ring — which was found less than 500-feet away from the excavated winery. “It is possible that the splendid ring belonged to the owner of the magnificent warehouse, to a foreman, or simply to an unlucky visitor, who dropped and lost their precious ring until we finally discovered it,” said Dr Elie Haddad, the director of the excavation.

Although the true originating date of the ring is unknown, it was found in a fill dated back to the seventh century common era — at the end of the Byzantine period. Researchers say it’s possible that the ring was handed down from generation to generation over the centuries due to its beauty and status. However, gold rings inlaid with amethyst are known in the Roman world, meaning the ring may belong to the elites who lived as early as the third century common era.