Our brands
Homepage > Culture > Living > Acoustic Design, Homey Spaces: This Is What The Workspace Of Tomorrow Looks Like 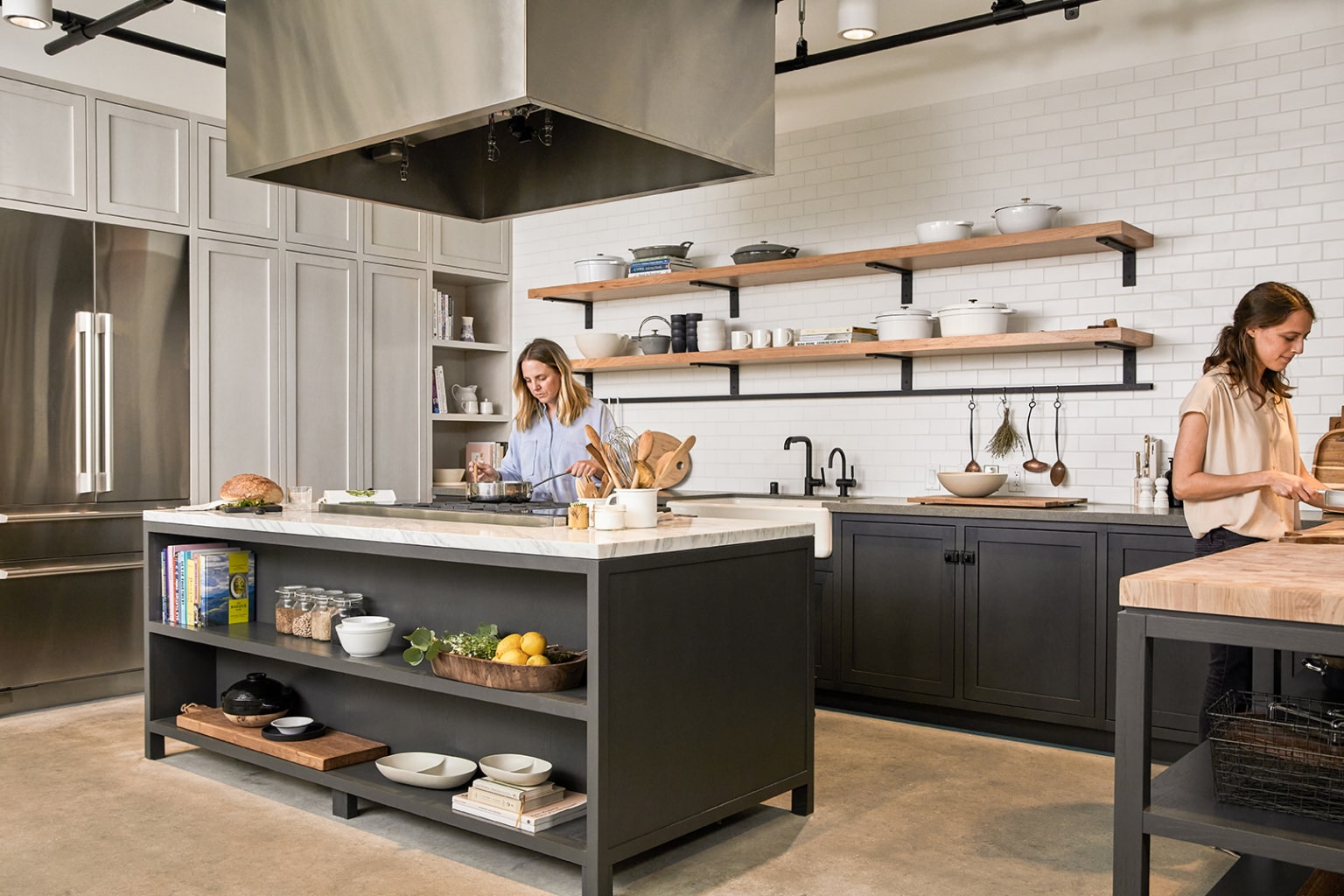 Acoustic Design, Homey Spaces: This Is What The Workspace Of Tomorrow Looks Like

The pandemic has left an impact on the use of open spaces. Noisy and conducive to the exchange of germs, offices have been in large part abandoned. Yet, after a year of working alone, many employees want their workspace back, without going back to a culture of competitive presenteeism.

According to a PwC United States Remote Work Survey published in January, conducted with 1,200 office workers, 55 percent of employees would like to be remote three days a week post-pandemic. However there’s a wide range in the desire to be in the office, according to age and experience, with younger respondents preferring a remote schedule of just one day a week or less.

The stakes are high for companies, for whom offices are the nerve center of decision-making ideas and connections, to set out a successful approach as well as an appealing physical space. To lure present and future employees, these businesses are reinventing the workspace of the future. But will it be enough to attract workers post-pandemic? We look at a few examples that inspire us.

The design agency Rapt Studio is behind the layout of the Goop offices. This beauty, wellness, lifestyle and media group, valued at US$250 million, according to the New York Times, is headed up by American actress Gwyneth Paltrow. Rapt’s group of architects and designers has set out to imagine the office of tomorrow. It was already responsible for the Google Schoolhouse, a learning space that belongs to the giant in Menlo Park. The result is stunning and looks like a high-end hotel.

Home below, cubicle above

At Spotify, a living room-like area welcomes visitors on the first floor. Not far away, a space described as a meeting room, bright but with muffled acoustic due to the carpet and curtains, reminds visitors of a large dining room. Further on, the kitchen can accommodate at least 10 people. Soft materials and neutral colours were used to mimic the calm and peacefulness of a home. On the upper floors, “meditation rooms” offer pebble-shaped ottomans or luminous ceilings to let your mind wander.

“We still see a massive need for the office… I don’t agree that the desk is dead,” said Sonya Simmonds, head of design and build at Spotify. She was the one who announced in March that the streaming giant’s 6,550 global employees would be able to “work from anyplace, which is comprehensive to everybody having the option to pick any place they want to work from” — from home, the office, or both. Last February, at a Dezeen-organised conference on post-Covid workspace design, Simmons shared her vision: “I think we have to look at creating spaces that mirror the kind of feeling that we’ve got from home so we can choose where we work.” The manager noted that workers were able to experience coziness, as well as periods of intense concentration, without being disrupted by colleagues. For her, it would be impossible to go back to the way it was before.

In order to facilitate the benefits of undisturbed concentration for its employees, the firm that provides music to the ears of 345 million users, has made acoustics its priority. The sound design has been worked on to obtain an atmosphere “like at home,” where noises are softened by sofas and curtains. Not to mention the “cozy little nooks” where people can work in quiet.

This sense of sound design is far from trivial. While the ultra-contemporary open space has become the norm in companies, it has in fact served to reduce interactions between humans, forcing them to isolate themselves with ever more sophisticated headphones. Neuroscientist Gaëtan de Lavilléon explained in an article in French daily Le Monde in October 2019 that “the treatment of noise in companies and recovery time of employees through the decompartmentalisation of workspaces is inappropriate.”

It remains to be seen whether all these spectacular arrangements will succeed in luring employees back in a hypothetical return to normalcy.

Best Wine Chillers To Store Your Precious Bottles At Home

A Guide On 21st Century Dating: What Happens When Women Make The First Move?