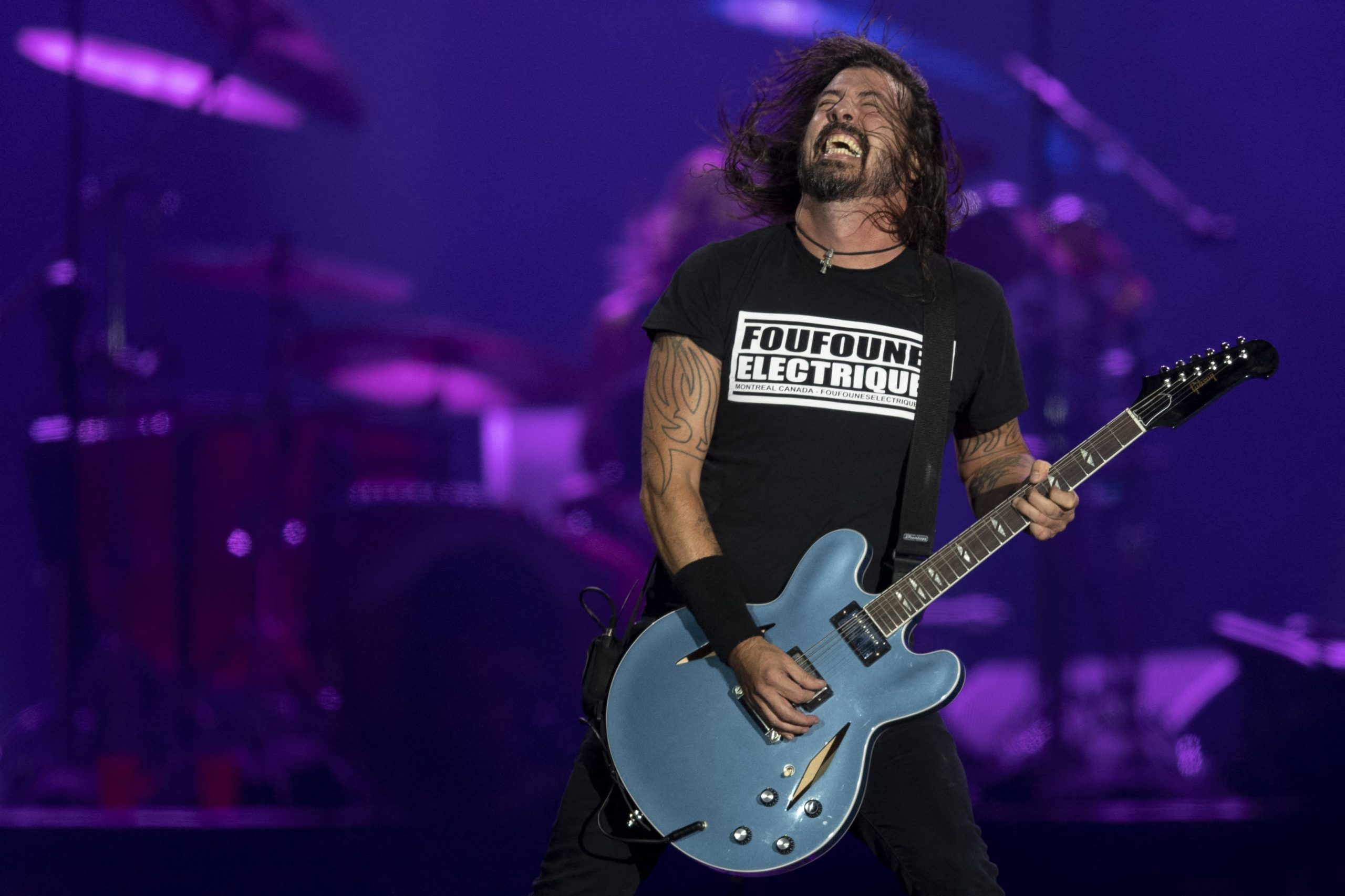 Dave Grohl Of The Foo Fighters Is Releasing A Memoir

Nirvana and Foo Fighters fans, mark your calendars. Dave Grohl has teamed up with publisher Dey Street Books to publish his memoir The Storyteller, on 5 October. It’s a book in which the American musician looks back on the “moments that have moulded [him] into the man he is today.”

While many of us have taken advantage of the various lockdowns and stay-at-home measures to listen to wellness podcasts or attend livestreamed concerts, Dave Grohl has been busy writing his first autobiography, which will be released on 5 October. The Foo Fighters frontman started writing during the pandemic, when his band was forced to cancel its world tour. This bad news prompted Dave Grohl to create the Instagram account @davestruestories in order to share anecdotes about his career with his fans.

“I soon found that the reward I felt every time I posted a story was the same as the feeling I get when playing a song to an audience, so I kept on writing,” Grohl declared in a statement.

“The response from readers was as soul-filling as any applause in an arena. So, I took stock of all the experiences I’ve had in my life — incredible, difficult, funny and emotional — and decided it was time to finally put them into words.”

The Elder Statesman of Rock And Roll: Speaking With Foo Fighters’ Dave Grohl

The Storyteller was born out of this project. The book will consist of the former Nirvana drummer’s stories and reflections on music and his life. According to publisher Dey Street Books, music fans will be able to read “spectacular stories about Nirvana, Foo Fighters, David Bowie, Joan Jett, Iggy Pop, Paul McCartney, playing drums for Tom Petty on Saturday Night Live, performing at the White House, and even swing dancing with AC/DC.”

Although we will have to wait until 5 October to dive into these stories from Dave Grohl’s life, the American musician has already unveiled the audio recording of the introduction of the book to the public.

While The Storyteller is his first autobiography, the drummer experienced the joys of writing with From Cradle to Stage: Stories from the Mothers Who Rocked and Raised Rock Stars. The book was written by his mother Virginia Grohl, in which she spoke with those who gave birth to big names in music like Pharrell Williams, Amy Winehouse and Dr. Dre.

Find out more about The Storyteller by Dave Grohl here.