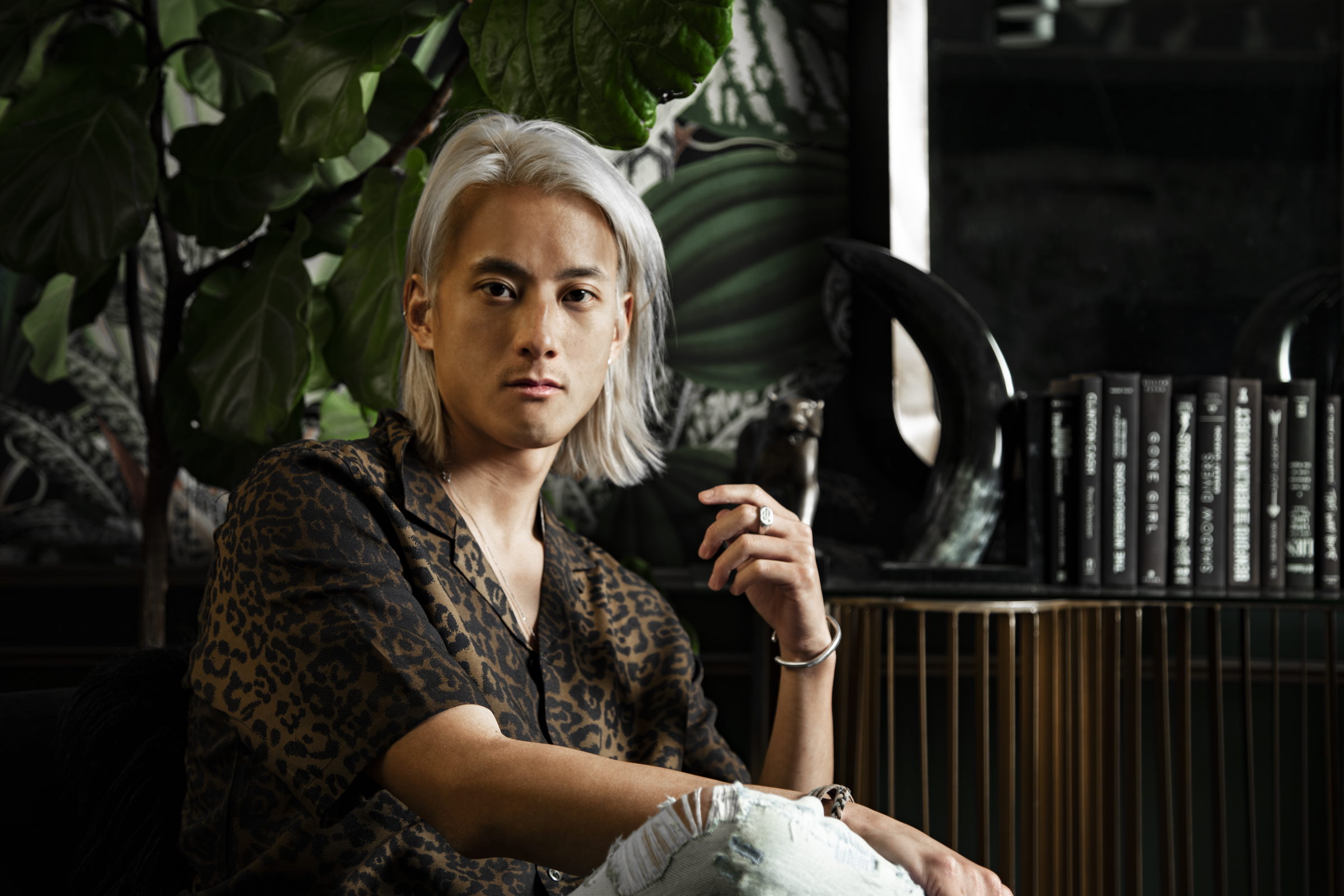 We have heard of the expression of “addressing the elephant in the room.” But for music artist Tim Wu, that expression serves as inspiration for his musical career and his stage name. Elephante, as he is known in the music circle, is a direct reference to the phrase.

“Growing up I always wanted to be a musician, but I never thought it was possible,” he explains. “Even as I went on having a ‘normal life’, I could never shake the feeling that I was meant to make music — that was my elephant in the room. When I finally took the leap and gave myself a shot, it was about embracing and realising that dream.”

Today, Elephante boasts a successful career as a wildly innovative producer, artist, and songwriter. The Asian-American musician has thus far produced two indie EPS to his name. I Am The Elephante (2016), served as a nine-track exploration of progressive house, synthpop and trap.

He followed up with Glass Mansion in 2018, which shot to number one on the iTunes’ US Dance chart.  His upcoming project Heavy Glow represents his first full-length studio album — a largely solo effort further pushing the boundaries of dance music, featuring the debut single and high-energy number Dopamine.

The Asian-American Harvard alum recently signed with 88rising and has released his first single of 2021, High Water. The song itself is highly personal to Elephante as it tackles his experience withdrawing from opioids.

The new single sees Elephante staying true to his high-energy dance roots, whilst charting a new musical shift, one which leans more towards an alt-electronic, organic feel. Following the launch of his music video for High Water, which was impressively shot underwater (check it out here), we spoke to Elephante to discuss his musical journey, influences and how addressing the elephant in the room has resulted in a successful career in music.

What were your musical influences growing up, and how did they help shape your sound and music?

I grew up loving hip-hop, alt-rock, and singer-songwriters. I wanted to be John Mayer growing up, I still do, the Red Hot Chili Peppers, The Killers, Damien Rice, Jimi Hendrix. Avicii and Kaskade however were the ones who made me want to dive into electronic music.

What inspired that leap to become a full-time artist?

It took me a long time to come around to accepting the concept of music being my career. The way I was raised told me that being an artist wasn’t a thing. It wasn’t frowned upon; it just wasn’t in the realm of possibility. But I always loved making music. I’d bend my life to make room for it — skipping class, calling in sick to work, missing friends’ birthday parties and events.

It took me 22 years to finally reach the end of my rope before I said “screw it”. I knew I had to give it a shot because I would never forgive myself.  I knew that no matter how hard things got in the music industry — and they got very hard — I knew I couldn’t go back.

You grew up in Michigan. With your Asian-American background, was it harder for you to break into the music business?

I think so — not because there were people saying explicitly, “You’re Asian, you’re not allowed”. It was more about the cultural expectations. A lot of times early on in my career, fans would be surprised when they found out I was Asian-American — not in a hostile or negative way, just surprised.

That reflected in how I looked at myself and being able to see myself as an artist. Growing up, I didn’t see anyone who looked like me who was doing the things I wanted to do. Subconsciously there was always a barrier to fully believing I could do it.

High Water is your experience about withdrawing from opioids. Why did you opt to go this highly personal route?

Writing songs to me is like therapy — it helps me process my experiences and bring them into the light. During the pandemic, I saw a lot of parallels with that withdrawal and what I was going through emotionally in COVID times.

I wasn’t touring and feeling profoundly uncreative — I was just wanting to get back to the old days. But writing about myself, and not just telling stories I thought people wanted to hear, was what helped me get through the last year.

How difficult was it to shoot this video underwater and how long did the production take?

Looking back, it was absolutely insane, but at the time it just felt exciting. I didn’t consider how challenging the shoot was going to be. I was just set on the concept and was ready to go through whatever physical pain I needed to make it happen.

The underwater scenes were exhausting — I had about 12 hours straight in the water. By the end I was destroyed — dizzy, violently shivering, and a nasty case of pink eye. Then after we cut the footage from the underwater and the phone booth scenes, we felt like something was missing.

I wanted something to represent the High Water mark that I was trying to reach when I was underwater. So, we added another shoot to show the complete opposite – me floating in the desert in the light.  It served as a perfect contrast to the underwater and rain scenes.

This new single marks a shift, Music-Wise. What spurred you towards this new direction?

Like many people, I struggled emotionally through the pandemic, and the thing that really saved me was leaning into the music I loved as a kid — alt-rock and singer-songwriters. Getting back to basics — singing, playing the guitar, and writing songs, every day.

I realised that I wanted more of these elements as part of my sound. I wanted to create something organic and grandiose and heartfelt that tells my personal story and connects my past and my present — High Water was what popped out.

This single is how I wanted to introduce everyone to the new sound and direction — my singing, guitar playing, and production. Thematically, the album is about the darker parts of our lives that can both weigh us down and define us, and finding a light in them.

Now that the single is out, are you happy with what you have accomplished with High Water?

Absolutely — I think it’s the proudest I’ve been of a song. From the technical aspects of working on my voice and guitar playing and production, to writing about something I used to be deeply ashamed of, I feel like High Water is the most authentic music I’ve ever made.

For more on Elephante check out Soundcloud and Spotify.

From Goldfinger To Skyfall: Here’s To 60 Years Of James Bond Themes