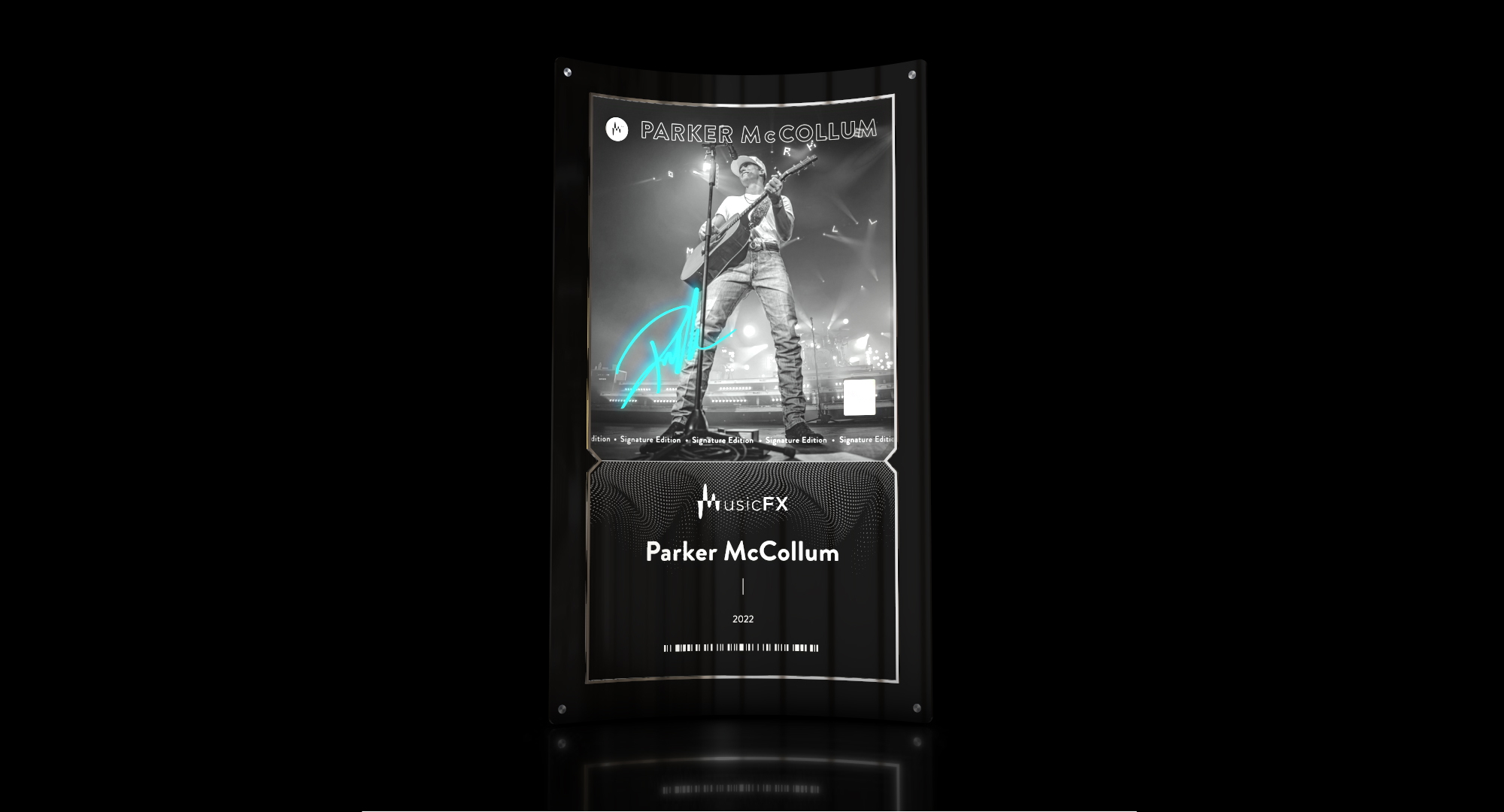 Created by MusicFX, it marks another interesting twist another twist on the ever evolving hottest crypto trend of today. We’ve seen how non fungible tokens (NFTs) are transforming the world of art. Now, these digital collectibles are also set to change the world of music. The Signature Edition is one of the world’s first fan club NFTs created by and for the inaugural launch of MusicFX, a one-of-a kind fan engagement platform for music artists.

MusicFX, a partnership between CurrencyWorks and Crown & Ace, is an exciting new music platform that sets the stage for new innovations in artist and fan engagement by using the blockchain. It acts to empower artists to leverage their brand while bringing fans closer than ever before to the music and the people behind the mic.

All those who have become Black Cardholders will also become automatically entered into the Gold Chain Cowboy Club sweepstakes, where a handful of members will win one-off prizes, all personally selected by McCollum himself. For artists such as McCollum, MusicFX is offering both artists an avenue to expand their brand of music whilst offering fans unique and highly-exclusive engagements.

Parker McCollum’s Gold Chain Cowboy Black Card Signature Edition NFT sold out within the first 3 days. Were you surprised at all by this response?

Although we were always confident that given the select number of Signature NFTs we were making available that the demand would be there, we were surprised. Parker has an amazing group of fans, with hundreds of thousands of active followers on social media but that doesn’t mean it will always translate, especially with something as new as an NFT. This past year he’s not only made his first appearance on Jimmy Kimmel, but he was featured in the New York Times list of best songs of 2021. He’s a rising star in the music world, so we are thrilled to have him as the first artist in the MusicFX family.

What was the inspiration behind setting up MusicFX and do you foresee this being a new platform for musicians to connect with audiences?

Jake Crownover (co-CEO of Crown & Ace) and I had been following the trend of established stars, and upcoming artists using NFTs to promote themselves and their music and wondered if there was any deeper connection that could be made through this technology. One day, Cameron Chell, Executive Chairman and CEO of CurrencyWorks, gave me a call and said he wanted to get into the music space. He really opened our eyes to what can be done with NFTs and how versatile they were and after a few months of conversation, MusicFX was born.

We wanted to achieve something that was outside of a standard merchandising initiative, and that’s how we came up with the concept of using NFTs to build closer relationships between the artist and their fan base through experiential initiatives. Without the fans, without the support, the artist has no outlet for their music and the messages they want to put out there through their creativity. We believe those fans deserve an opportunity to be closer to the artist and have the chance to be part of a once in a lifetime experience.

With the popularity of NFTs will we see more artists leveraging off opportunities within this market space?

Most definitely. We’ve already seen big names like Kings of Leon and The Rolling Stones embrace this technology. It’s also proving popular with indie artists who want more control over how their music is managed. We’re doing something unique with MusicFX in our approach, and when artists see how they can use the platform to better engage with their fans and use NFTs to compliment the efforts of themselves and their teams, I think we’ll be setting standards others will want to follow.

Will this model replace more traditional forms of how artists develop and market their brand and music or does it serve as an additional avenue for them to leverage off?

I think that will depend on the artist. Every artist is unique, and their brand and fan engagement is special. There are proven marketing techniques in the business that work and NFTs are not meant to replace those models, but rather compliment them. I think some artists will be more aggressive in the space, depending on their fan base and the technology adaptation. NFTs serve as a unique opportunity to engage with fans, create one-of-a-kind offerings and provide additional revenue to artists in a way we haven’t seen before.

How was it working with Parker McCollum for this inaugural project?

Parker has been awesome. From the start he has been nothing but enthusiastic about building an experience that his fans will not only appreciate but will fully engage with. That’s the great thing about our strategy with MusicFX, we let the artist drive the content, because who should know their fans better than them? We’re really excited about how things are developing, and I know Parker is really keen to build on the initial success he’s had with his Signature Edition NFTs.

Following the positive reception, have more artists shown their interest in MusicFX?

The response has been fantastic. We’ve been in discussions with a number of leading artists and bands for some time, some naturally have been waiting to see the response to our launch program with Parker, and quite a few of those talks have picked up pace since the sell-out was announced. I’m confident we’ll have some really exciting new partnerships to announce early in 2022.

Do you have any more exciting launches planned in the near future?

Absolutely. That being said, new launches, and what those offerings will be will depend on those coming on board with MusicFX and how they want to connect with their fans through the platform. We certainly won’t be resting too easy following this early success with Parker, there’s a lot of hard work ahead, but it’s going to be worth it, and I’m really looking forward to sharing our plans and showcasing our innovation as soon as the time is right. Our goal at MusicFX is to shine the best light possible on those who we partner with and create unforgettable experiences for the fans. We can’t wait to share what’s next!