John Legend on Chrissy, diapers and that R. Kelly documentary 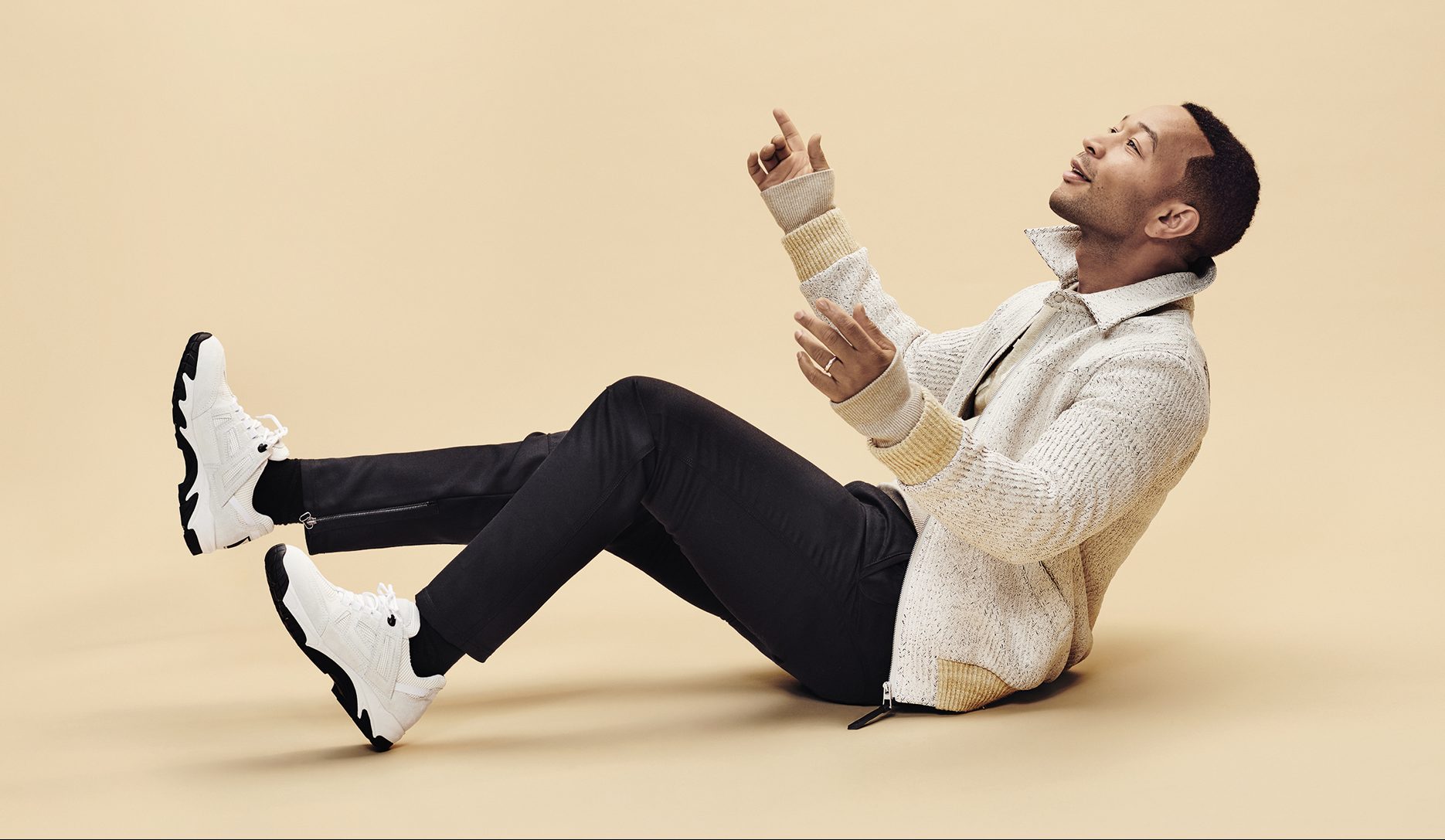 What You Should And Shouldn’t Do After Getting Your COVID-19 Vaccine
WellnessRead More
IWC Launches “10 Years of Mr Porter” Limited Edition Pilot’s Chronograph
StyleRead More
Alexander McQueen Unveils Collection For Chinese Valentine’s Day
StyleRead More
Hermès H24: A Fragrance Created Beyond A Conventional Approach
StyleRead More
Here's your ticket to incisive commentary and insights from the celebrity sphere. Sign up for our newsletter.

AT the age of 26, John Stephens made a bold move. Rather, he reluctantly agreed to his friends’ suggestion. Before releasing his debut album, he changed his name to John Legend. He had always known that he would make it in the music industry. Still, this was taking an immense risk.

The son of a humble factory worker and a part-time seamstress, Legend grew up in a small town in Ohio. After meeting Kanye West through some friends, they started working together; Legend released his debut album Get Lifted in 2004. Collaborations with Jay-Z, Alicia Keys and Lauryn Hill quickly followed. Then the awards came.

Has he attained legendary status? It’s up for debate. One thing is certain: Legend is a superstar. We chat with the man formerly known as John Stephens about life as he crosses into the four-decade mark.

Happy (belated) birthday. How does it feel to be 40?

It doesn’t feel that different, I feel the same as I did last year. I did have a great party.

If you had to choose one highlight in your career, what would it be and why?

I think that moment winning the Oscar in 2015 [for Best Original Song ‘Glory’ in the film Selma] was amazing. The moment I won “Best New Artist” at the beginning of my career was amazing. The success of ‘All Of Me’ has been a defining moment too.

You’ve been in the entertainment industry for 20 years. How do you think the industry has changed?

Streaming has changed things a lot. When I started out, people were still buying CDs. We were briefly worried about piracy with Napster but that kind of disappeared and legitimate streaming took over.

That’s changed the business and it took a while for artistes to catch up. It makes us rethink the model of how we release music. Do we still do albums or do we release singles? More people are releasing EPs with just a few tracks rather than a full album. Personally, I haven’t changed much. Sure, we’ve changed our marketing strategy. But as a writer and creator, I’m still the same.

When can we expect your new album to be out?

We don’t have a date yet. I’m going to start working a lot in the next couple of months on new music, and we’ll probably put something out by the end of the year. I wrote a few songs last year before I started on the Christmas album, but I had to shut it down for a few weeks. Now that I have some time, I’m going to keep working.

You’re the new voice of Google for the Google Assistant app. Can you explain how this came about?

You and [your wife] Chrissy have a great relationship with each other. What are the secrets to having such a wonderful marriage like yours?

First of all, you have to be with someone you love and have great chemistry with. Chrissy and I have that. We really enjoy each other’s company, even if it’s just watching TV on the couch together. Then it’s important to communicate and support each other’s careers and aspirations. I’m glad to say that Chrissy and I do all that.

How has having two children changed you?

Another aspect of being a good partner is making sure that you work together when it comes to raising your children. We really do work together as a team. We support and help each other. It’s never just her doing it, or just me doing it. It’s both of us helping each other.

In your new commercial with Pampers (below), there’s an underlying message of men also doing the dirty work, so to speak, in a marriage. What else do you think men can do to help balance the gender scales in the world?

One, we have to be as helpful as possible when it comes to kids. On a larger level, I think society has to do everything possible to help women when they want to get back to work. That means co-parenting. And on a broader level, we need to make childcare easier, especially for mothers who want to get back to the workplace.

Since we’re on social issues, what do you think is the most pressing issue that the world needs to pay attention to right now?

On a global level, I think climate change is probably the most important thing facing the world right now. There’s a lot that individuals can do, but much of it also depends on governments and larger organisations doing the right things. What we need to do is put as much pressure as we can on them, and put incentives in place for them to do the right thing.

That’s probably the most pressing issue in the world. I think other issues like poverty and income inequality are important too. In America, a major issue I care about is the criminal justice system, and I spend a lot of time focusing on that as well.

It also took a lot to be the only artiste to appear in the Surviving R Kelly documentary. What made you decide to step out and let your voice be heard?

I understand that everybody doesn’t want to be in every documentary and some of these subjects are difficult to talk about. For me, it was simple. My friend, someone whom I’ve worked with on criminal justice reform, was directing it. I was happy to do it as a favour for her.

Also, friends of mine have been working with victims of rape in Chicago, including survivors of R Kelly. They’ve been working in the “Mute R Kelly” movement, where they protest outside of his concerts. I’ve seen their work, and I thought it was important to highlight the efforts they had put in as well as let the voices of these young girls who had been abused be heard.

“I think climate change is probably the most important thing facing the world right now. There’s a lot that individuals can do, but much of it also depends on governments and larger organisations. What we need to do is put as much pressure as we can on them, and put incentives in place for them to do the right thing.”

Did you face some backlash?

Yes, I got some. Some people on Twitter were defending R Kelly and talking about me. They were asking me, “Why don’t you go after this and that other person?” They were trying to deflect the issue instead of focusing on the fact that this man had been abusing girls for decades now, and got away with it for a long time.

Finally, when will you be coming back to Singapore? It’s been five years.

Oh really, has it been that long? I’ll be back soon. I love it there, such a fun city.