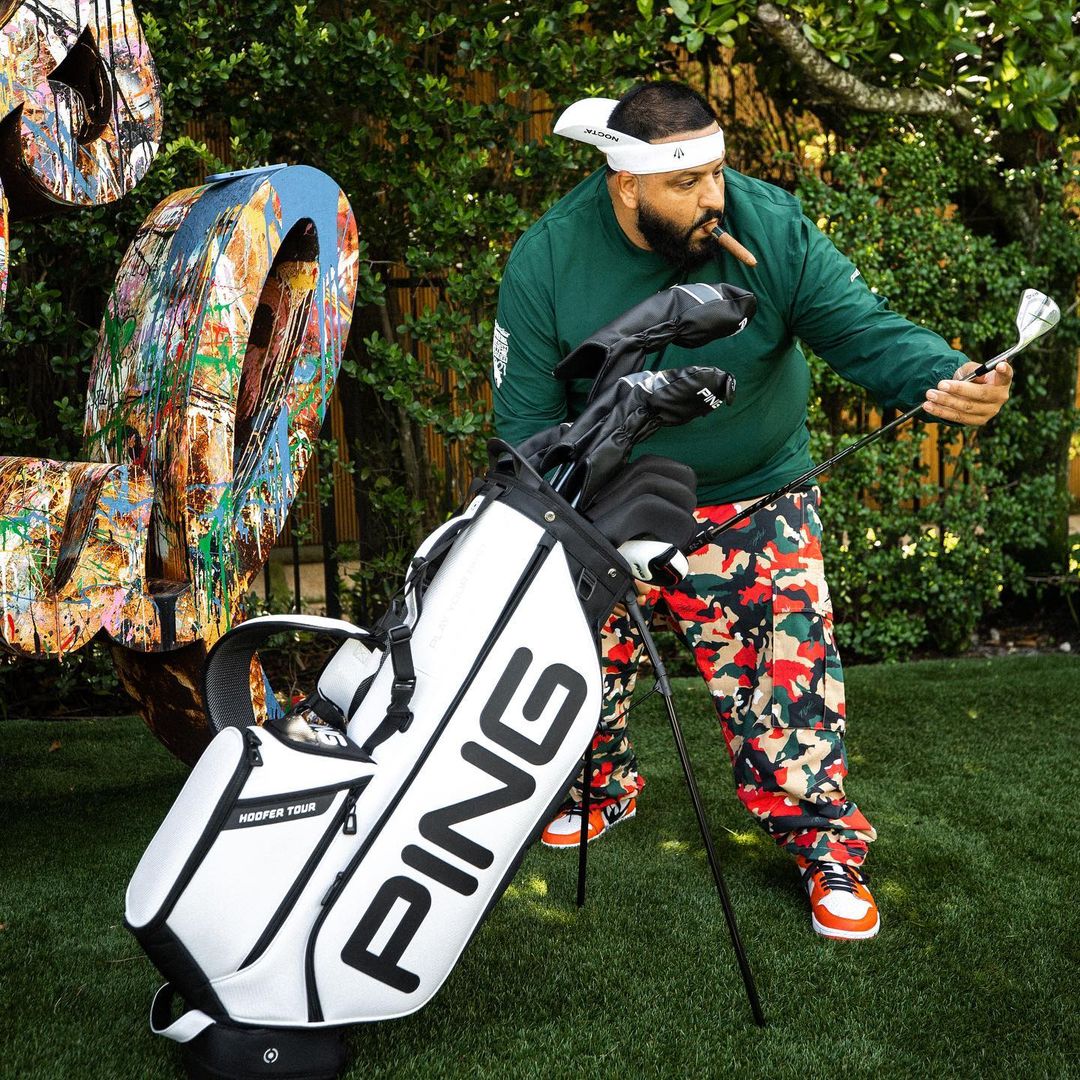 10 Times DJ Khaled Proved He Was A Complete Entertainer

Music producer, hypeman, rapper, author, actor, one of the most influential people on social media, Snapchat mogul and father of Asadh are just some of the things that DJ Khaled uses as a prefix. Khaled Mohammed Khaled, popularly known as DJ Khaled, is someone you can call a complete entertainer. He is also one of the most memeable people in the music industry and it always seems that he enjoys being a part of the joke.

Sending out positive vibes to his 13.5 million followers on Snapchat and 26.7 million followers on Instagram on a regular basis is a part of his personality that his fans adore. Apart from affirmations, he is also known for repeating his statement dialogues such as ‘we the best,’ ‘another one’ and ‘bless up,’ so much so that these have become synonyms with him.

During interviews and live social media sessions, the 45-year-old often seems indifferent about the humour that he brings to a situation which makes things funnier and that is what fans love about him. He knows it and owns it, self-parody is one of the genres that he excels at and his fans adore him for the same.

Khaled was a busboy, who is now a multimillionaire and the owner of many businesses. This success story also has a lot of entertaining moments in it.

Here are our top picks:

Yes, DJ Khaled made his silver screen debut with a cameo in the 2017 Marvel film Spider-Man Homecoming, starring Tom Holland as the lead. During his time on the screen, the rapper can be seen repeating his catchphrase – “Another One,” while he clicks pictures of fans with Spider-Man. Not just that, the same year, he also did a cameo in the film Pitch Perfect 3. In both the movies, the DJ portrayed himself and his followers could not get enough.

From jurlie (jewellery) to circum-dances (circumstances), there have been a few instances where the 45-year-old has mispronounced some words on the camera. It is, however, his nonchalance about the whole situation and trying to casually pronounce the word correctly but never quite getting it that results in the people around him laughing.

From headphones to vodka and phone chargers, there is nothing that DJ Khaled has not ventured into and made a business out of. His latest venture is chicken wings. That is correct, just like Eminem and Snoop Dog, DJ Khaled has also entered the culinary game in partnership with the ghost kitchen company Reef. Moreover, he has named his chicken wings venture, wait for it, Another Wing. Launched in five countries at the moment, the wings will also be delivered via a jet ski in some locations. Talk about receiving food in style.

4. DJ Khaled getting lost at sea while riding a jet ski at night and using Snapchat for help

There is no denying that the Palestinian-American music producer is a social media star but his fame really skyrocketed in 2015. It was the day when Khaled showed up at Rick Ross’ home in his jet ski in Miami. On his way back, it got dark and he got lost at sea. However, he documented every moment of it and curious fans were glued to their phones in order to check if he made it to land or not. After reaching home, he gave his fans the good news and the next day went back for a ride on his jet ski while sending out positive vibes to his followers, which are now up to 13.5 million.

5. DJ Khaled teaching Jimmy Kimmel how to use Snapchat

Khaled is known as the Snapchat guru and he does not take the title lightly. He is famous for the positive affirmations that he posts regularly on the social media app along with keeping his fans up to date with the current happenings in his life. He went to the extent of broadcasting the birth of his son on the app. From his studio sessions to his leisure time in the pool at home, fans get snippets from every aspect of his life. He is such a pro at using the app that he even went ahead and taught talk show host Jimmy Kimmel how to use it and the whole process was quite entertaining. Apart from teaching Kimmel about the app, the DJ spoke about keys to be successful and, just a disclaimer, there are a lot of them.

6. DJ Khaled at First We Feast with Sean Evans

The music mogul lives life king-size and for his appearance on First We Feast, the show that has hot questions and even hotter wings, ended with Khaled giving up after just the second wing. For the season finale, Khaled even asked his personal chef to prepare the chicken wings for them instead of eating the ones prepared by the chef on the show. He called himself ‘today’s inspiration of new moghul.’ Seems like it’s the only time that Khaled did not say another one. On the show, the rapper spoke about the roadblocks in his journey and how he overcame the hindrances in his success (by opening metaphoric doors and removing the hinges), which ultimately got a little confusing for the host as well as the viewers.

DJ Khaled loves cocoa butter cream, Dove soap and deodorant, his Snapchat followers are aware of that. He even bought a bottle of his favourite cocoa butter for Stephen Colbert during one of his interviews. Khaled is up close and personal with his fans on Snapchat and has often posted videos of himself taking a shower with a Dove bar and asking his fans to do the same. He even told his followers that he never applies any cologne and the secret behind him always smelling great is the cocoa butter. Dove soap, deodorant and Palmer’s cocoa butter cream are a part of his essentials.

8. DJ Khaled gets roasted for jamming

I truly believe DJ Khaled can’t read, play guitar, and has no idea which way land is. pic.twitter.com/taHfDmB1gX

The music producer often makes the news but it rarely ever happens that he is roasted in those headlines. One such instance took place recently when the father-of-two received a guitar from the Marley family in October along with a personal note. Khaled asked one of his people to read the note that appreciated Khaled’s love for reggae culture and then, he started ‘playing’ the guitar which most would not really consider playing an instrument.

At just 4-month-old Asahd had his own attorney and was getting royalty from the album. Not just that, during an interview with Jimmy Kimmel, Khaled told the host that his son sits with him in the studio and listens to all the songs and based on his reactions (the audience had a laughing riot as the producer copied his four-month-old), Khaled can make out how big the song is going to be. He also mentioned that if Asahd pukes or defecates while listening to a song, he knows it will be a record-breaker.

10. DJ Khaled has the cloth talk with President Obama

If you have ever heard even a single interview of DJ Khaled, chances are that you have come across his famous cloth talk. The DJ claims that he is made of a special cloth and great people including former US President Barack Obama are also made of special cloth not like us mere mortals. Believe it or not, he has had the same conversation with the former president as well and the way he explains it during an interview with Jimmy Kimmel, takes the cake.

Chicken wings Content Hub dj khaled DJ Khaled son Jimmy Kimmel
written by.
Nishtha Grover
A travel fanatic who loves exploring new dishes and cultures only to later write about them. You will either find her reading, trying new skincare products or sleeping during her spare time. Also, loves rock music and cannot do without it.
Travel Food Culture entertainment

K-Pop Boy Bands To Put On Your Music Discovery Playlist