Taking a spin on vinyl records’ iconic history (and appeal) 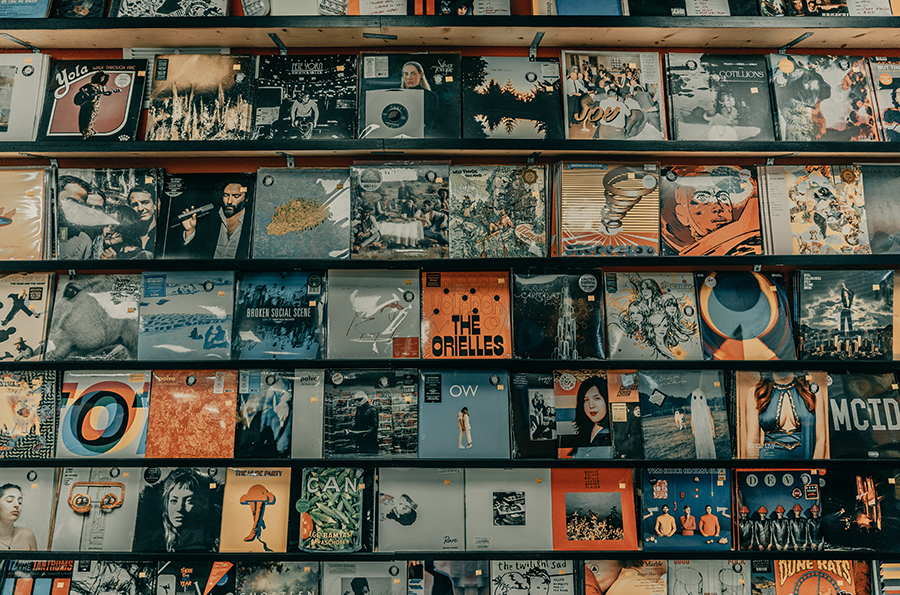 2021 Blockbuster Movies: The Most Hotly-Anticipated Films To Catch On The Big Screen
CultureRead More
Ring In The New Year With These Stunning Minute Repeater Watches
StyleRead More
6 Reasons Why We Are Really Excited About The 2021 Formula 1 Season
GearRead More
Artist Peter Doig Collaborates With Kim Jones For Dior Men’s Fall/Winter 2021-22 Collec...
StyleRead More
Here's your ticket to incisive commentary and insights from the celebrity sphere. Sign up for our newsletter.

When it comes to music, one analogue medium reigns supreme. Vinyl records have always been held in high esteem by hobbyists and professionals alike due to its various perceived benefits, such as superior sound quality. Despite the advancement of digital sampling, this centuries-old invention still holds appeal, in part also due to the romanticism attributed to it. Exactly how is it different from digital formats though?

The first commercially available vinyl record debuted in 1889 and saw distribution only in Europe. These original discs were approximately five inches in diameter and treated mostly as curiosities or novelty gifts.

Over the next six decades, the vinyl record grew in size, coming in at 10 inches in 1901, and 12 inches two years later. It was only in 1948 that entertainment group CBS introduced the world’s first long play (LP) record and ushered in the new standard for music listening.

These LPs measured 12 inches in diameter and had a playtime of around 21 minutes per side, playing at a speed of 33⅓ revolutions per minute (rpm). Shortly after, RCA Victor (now RCA Records) debuted its version of the LP record. It was smaller at seven inches across, and played at 45rpm. These two formats became the de facto format for vinyl records quickly after their introduction, and remain so today.

In fact, modern music distribution have their roots in these two record sizes. The LP was the standard format for longer releases that had a greater number of songs. This gradually evolved in what we know today as the album. The seven-inch record, on the other hand, saw more use in releasing singles. This is yet another format that has survived the transition to CDs, digital downloads, and streaming services.

Secrets In The Grooves

You may recall the logo of the now-defunct music and film retailer HMV. It was a cute little terrier-mix facing a gramophone with its head cocked in curiosity. While the presence of a record player at a time when digital formats are the norm may seem irrelevant, HMV maintained a small vinyl section right up till it shuttered in 2015. You could even sample records on the spot in a separate listening room.

If a casual passer-by were to look in, there would be a good deal of confusion involved. How can there be music coming off a needle, dragging across a set of circular grooves on a polyvinyl chloride disc?

To put simply, the grooves of a vinyl record represent a drawing of the music’s sound wave in a continuous line. As it revolves on the turntable, the tiny ridges cause the needle (also known as a stylus) to vibrate. These vibrations are then amplified through the player and broadcasted as music via the speakers.

This real-time decoding is precisely what makes vinyl different from digital formats. Digital signals are discrete, as opposed to continuous. Essentially, an analogue recording is rendered as a smooth continuous sound wave because the medium (such as vinyl) allows it. A digital recording, however, is simply a sequence of ones and zeroes, so the same sound wave must be broken up into discrete steps that approximate it. How accurately these “steps” can reproduce the original sound will thus affect its quality.

“Accuracy” in this case is a bit of a misnomer. Certainly, current sampling rates of 48,000 hertz and lossless compression in digital files can make it nigh impossible for the a person to discern the differences between analogue and digital. However, other production-end variables at play (e.g. encoding and decoding algorithms, buffer size, etc) mean that consistency and accuracy are not always guaranteed, even when applying what’s technically a “sufficient” bit rate.

Vinyl isn’t without its technical shortcomings too. Issue include limited dynamic range (the difference between the loudest and softest sounds) and the fixed length of music that can be etched into a record. There are, however, many reasons why one should consider a vinyl record over a CD or digital file. Some claim that the “warmth” or “soul” of a recorded piece is exclusive to the analogue format. Meanwhile, others simply appreciate the intimacy of handling a vinyl record. There are also those that enjoy collecting the limited-edition cover art that typically accompanies vinyl pressings.

Whatever the reason, vinyl records are just another example of how some things never go out of style.

You may think of vinyl records as delicate things; you’d be somewhat correct. Things like storage, aftercare and usage do affect longevity. With the proper care, vinyl records can and will last practically forever, as evidenced by the still-healthy vintage vinyl scene. Thicker records (like those stamped with a “180 gram” label) also tend to degrade slower and are more tolerant towards repeated plays.

For those looking to start a vinyl record collection, it may be useful to follow certain guidelines. For example, keep vinyl records in their original sleeves and store them in a cool, dry place. Also, always store vertically and never horizontally, as stacking them one atop another runs a high risk of warping. It’s also worthwhile to invest in a simple record-cleaning kit for use after each play.

When it comes to playing the actual record, the devil is in the details. Careless handling can result in a subpar listening experience at best and a damaged record at worst. This activity demands more than simply hitting the play button, but you’ll see just how the almost meditative ritual that goes into setting up your record makes for a very different listening experience, not unlike writing on paper instead of tapping one’s words into a smartphone.

vinyl
records
analogue
analog
turntable
Evigan Xiao Writer
Evigan is an avid fan of bench-made boots, raw selvedge denim, single malt Scotch and fine watches. When he's not busy chuckling over image dumps on Imgur, he can be found lifting heavy objects in the gym or fussing over his two dogs, Velvet and Kenji. He dreams of one day owning a cottage in the English countryside and raising a small army of Canadian geese to terrorise the local populace.
Talk to Me About:
Men's Fashion
luxury watches
fitness
Technology