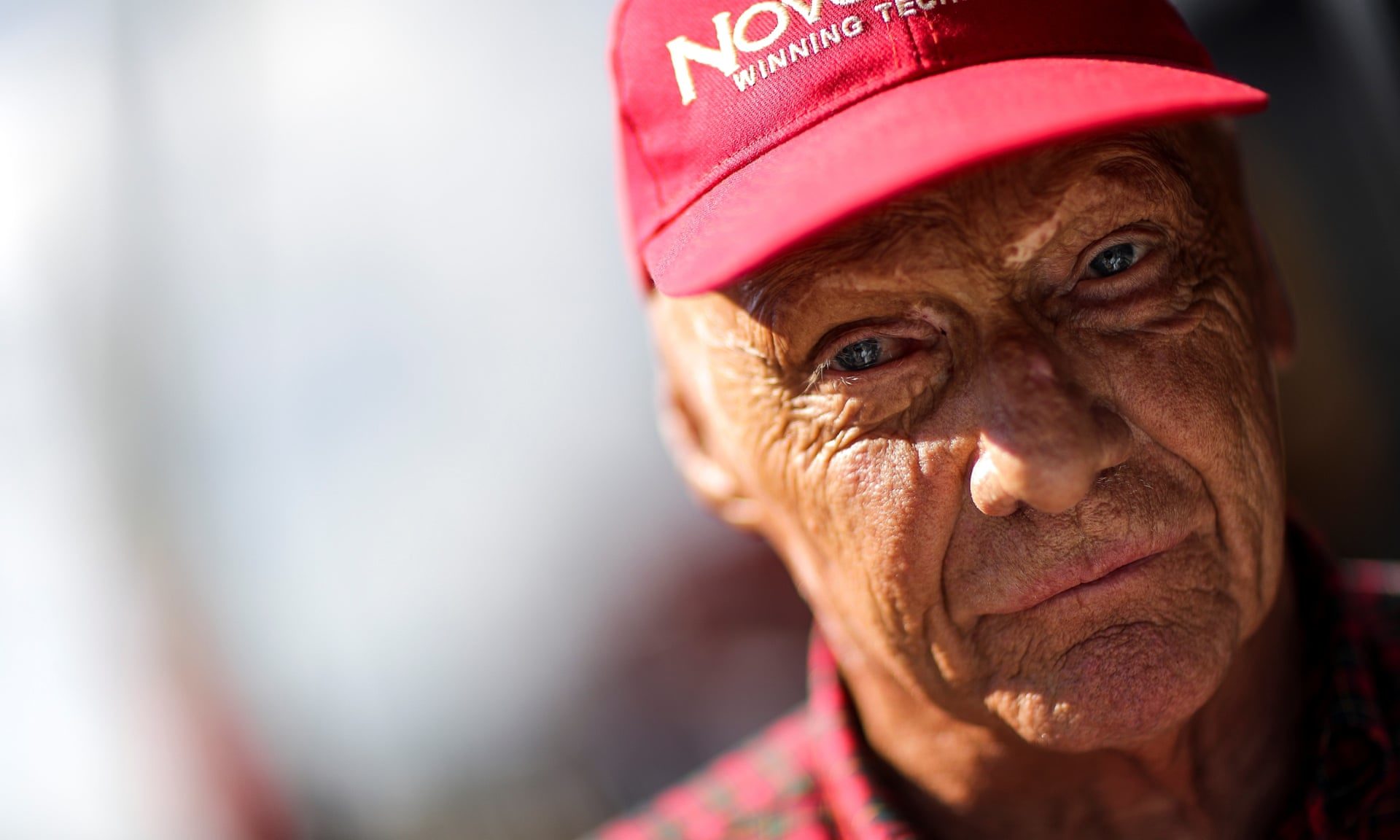 Spectacular Cave Hotels That Even Fred Flintstone Would Approve Of
TravelRead More
Wakuda Singapore By Chef Tetsuya Wakuda To Open In Marina Bay Sands
Food & DrinkRead More
Thanks To Disney+ Premiere Access You Can Now Stream Disney’s Jungle Cruise
CultureRead More
McLaren Has Just Revealed Its Most Powerful Convertible Supercar – The 765LT Spider
GearRead More
Here's your ticket to incisive commentary and insights from the celebrity sphere. Sign up for our newsletter.

A dark day for F1: three-time Formula 1 world champion Niki Lauda has died at the age of 70.

“With deep sadness, we announce that our beloved Niki has peacefully passed away with his family on Monday,” Lauda’s family announced via an official statement, adding that the former F1 world champion had been “a role model and a benchmark for all of us”, as well as “a loving and caring husband, father and grandfather away from the public.”

Over the course of his illustrious career, Lauda competed in a total of 171 races and won 25. The Austrian racer’s crowning achievements included winning the F1 World Champion title thrice, in 1975, 1977 and 1984, respectively.

Lauda’s journey as an athlete was marked by its share of adversities. The German Grand Prix of 1976 had served as a turning point in his career; he’d lost control of his vehicle and was involved in one of the most horrific crashes of F1 history, which left him with severe third-degree burns to his face and head.

Lauda’s comeback to the race track after the accident, however, is the stuff of pure F1 legend. The man returned within a mere 40 days and ended up bagging the fourth spot at the Italian Grand Prix.

Lauda’s career after retirement from racing included setting up his very own airline company, Lauda Air, in addition to holding senior F1 management roles. Prior to his demise, Lauda was a non-executive chairman at Mercedes and had played a pivotal role in recruiting Lewis Hamilton.

Lauda is survived by his second wife Birgit and their twins, Max and Mia; two sons with his first wife Marlene Knaus, Mathias and Lukas; and a son, Christoph, from a third relationship.

formula one
F1
mercedes
Niki Lauda
Anis Taufik Contributor, MY
Anis enjoys covering the fashion, food, watch and travel beats. He says working out is the cheapest form of therapy available, but really, it’s a cover up for bingeing on Nutella on toast.
Talk to Me About:
fashion
Food
fitness
Watches
Travel
Culture