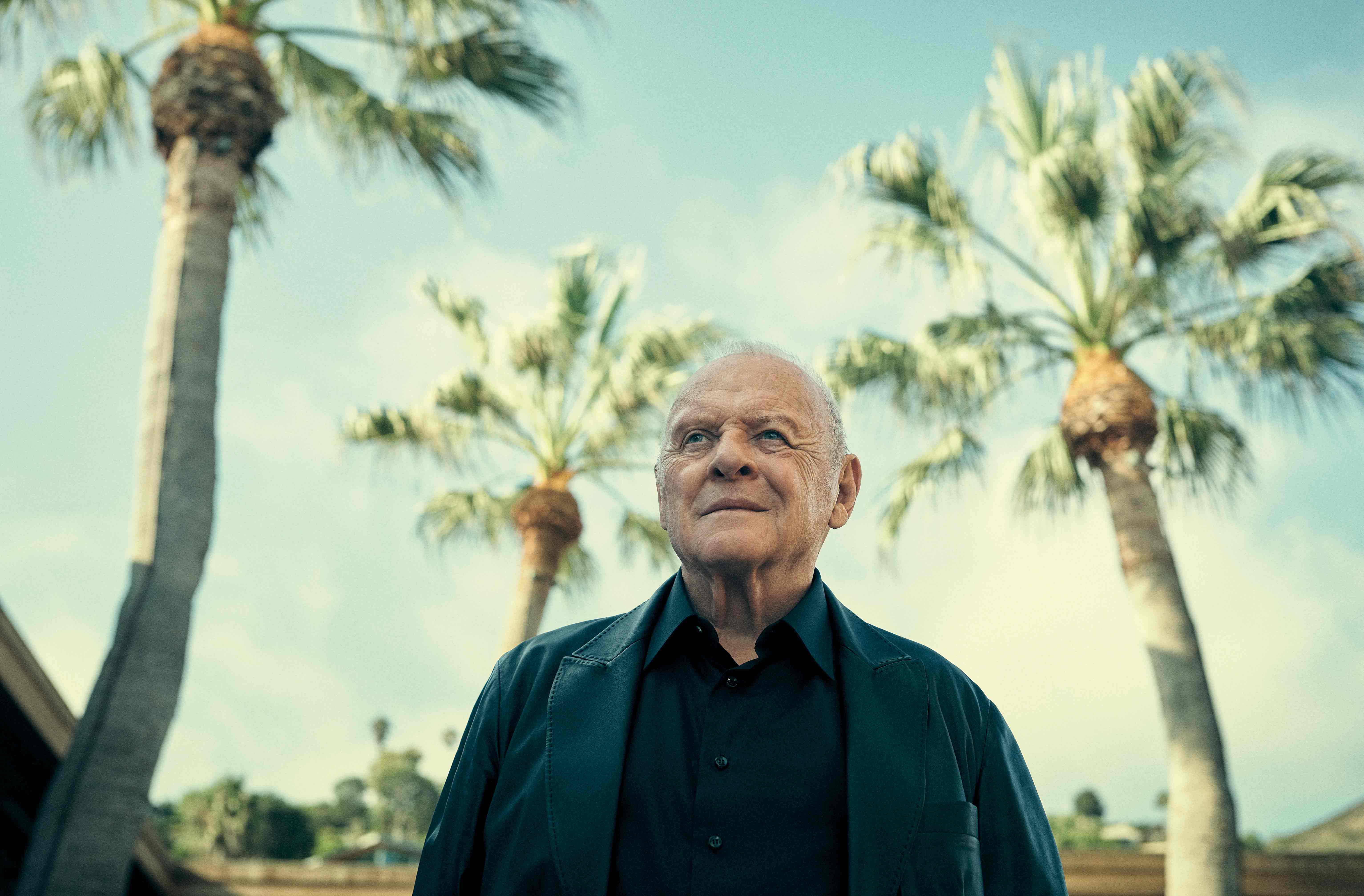 When interviewing an older actor, there is often an odd feeling of trepidation mingled with the awe. You wonder if he’s still himself, with the person matching the persona, or if time has irrevocably changed him and made him different from how you remember him in his most iconic moments. There was no such issue with 82-year-old Anthony Hopkins.

The Oscar-winning actor is still at it the old-fashioned way, memorising his lines and bringing his piercing gaze and trademark intensity to his roles, seemingly unaffected by age. Has any octogenarian actor delivered such earth-shattering performances as he did in 2018’s King Lear? (Alas, Richard Harris perished at 72, and Ian Mckellen is only 79). Probably not, but don’t count on Tony, as he insists on being called, to explain how he does it. He doesn’t know and is as surprised as anyone that his career is still going this strong.

You grew up in Wales. What do you remember about your childhood?

Wales is just a small country in the British Isles. The place where I was born was a bit cut off from the world, and I had a different accent then. I wasn’t very quick or sharp, and I didn’t shine academically. My wife once interviewed a schoolteacher of mine, who said that I wouldn’t have any chances of survival because I was so quiet. By a series of connections and accidents, I became an actor – I didn’t know what else to do – and suddenly, within a few years, I took off. It’s quite extraordinary.
Do you think success comes down to luck?

I don’t have a clue. There’s a saying, I think by Schopenhauer, that when you reach a certain age and look back, you feel like your life has been written by someone else. You can’t make the connections, yet everything seems to be connected. What I like about it is the feeling that I can’t take credit for anything, and it removes the ego from the equation.

It’s a mystery how I’ve got here, because I left school in 1957 with no idea where I was going. I did my military service for two years, then a bit of time in a repertory company. In 1965, I worked with Laurence Olivier as an understudy and boom, I was suddenly on stage with him. It can’t be. That feeling has been with me all my life, so I don’t question it. It just happens that you were there in the right place at the right time. It’s called kismet.

Was Laurence Olivier your mentor?

He took an interest in me because he liked the fact that I was physically strong and had courage. He told me I had to be tough in this business. He liked me, but I wasn’t appreciative at that time. I was drinking then, and like all young actors, I thought that I was hot shit. It’s a dangerous thing, and I wish I hadn’t been like that, but I was.

Have you mentored younger actors yourself?

I try to help. I tell them to stop trying to be cool because it doesn’t work, to instead learn the craft and be disciplined. It’s not a competition. Being in competition with people is a waste of time. How do you compete? At the awards? You have five people who are happy to have been nominated, then you have four losers later, pretending to be happy. It’s all bullshit. What’s more important is to keep trying, and to consistently deliver the best you have to offer.

Nonetheless, you won an Oscar for The Silence of the Lambs.

I won, yes. I didn’t expect it. It’s ok. I never watch the awards show and I never go to them. Some people take competition so seriously, they become unreasonable to work with.

Is it like buying a new car, which you get used to after six months?

You get to the top and you get an Oscar and you think, “Now what?” It’s not going to last. Nothing lasts. We all die, and that’s the end of it. All the glory and nonsense don’t mean a thing. If you’re lucky, you get your lucky break, you get to the top, you get acclaim. But you mustn’t take it seriously. If you take it seriously, if you think you’re unique, you’re dead. No one is unique, and no one is special. Actors, especially.

You’re famous for preparing for your roles very thoroughly, but you’re not a method actor per se. Could you explain your process?

Well, I learn the text so deeply that I think it has some chemical effect in my brain. I’ve been playing some pretty tough guys, like King Lear, or this guy with dementia in The Father. It’s exhausting, but I’m not a method actor in that sense. I believe in learning the text which is there. Once you know it so well that you can improvise and make it real, it’s easy. You can’t pretend to know it – it’s impossible to, and I couldn’t do it. I’ve worked with actors who don’t know their stuff, and they were just wasting everyone’s time.

Do you think of yourself as someone that can easily be scary?

Oh yes, I know I can. It’s a technique. When I read the script of The Silence of The Lambs I thought, “Ah, I know how to play this guy.” You get a sense of how you could do it: the more subtle and quiet you are, the scarier it is.

Were you worried at all about typecasting, or worried that people would confuse you, Anthony Hopkins, with Hannibal Lecter? Did you experience this?

Yes, again. People say, “You only play scary characters,” but it’s not true. I’ve played many, many parts, but it’s one of those things that stuck because it was a very popular film. It’s stupid though. I’ve played President Nixon, the Pope, Hannibal Lecter, and more. I’m none of those people. I refuse to be typecast.

My 12-year-old son knows you as Odin, from the Thor superhero movies. Did you have to do a lot of green screen acting?

A lot. I did three movies from the franchise. I like Kenneth Branagh, the first director. He’s excellent, and a wonderful actor too. Chris Hemsworth is another terrific actor, and he’s an example of someone who’s never been touched by ego. I think he told me he used to take in massive amount of proteins to prepare for the part. I like him, because he seems to be very unaffected by fame.

Was it fun to play a god?

Well, you just dress up in the armour and you don’t have to do much acting. Branagh was good because he knew what he wanted to see, so it was easy. I was ashamed to take the money. (laughs)

You recently played Pope Benedict XVI in The Two Popes. Was there a specific preparation for it?

All I had to do was to learn the German accent, some Latin, and some Italian. I worked with just Jonathan Pryce [who played Pope Francis] for this film, and it was terrific because he’s such a lovely man and so easy to work with. I didn’t know Jonathan that well – we’d met a couple of times and, before this, done just one job together [in 1992’s once-off performance of Under Milk Wood]. We were directed by Fernando Meirelles, who’s fantastic. Two takes, that’s all he needs.

We shot some scenes in a replica of the Sistine Chapel in Cinecittà Studios. It’s just like John Wayne said about his Westerns, “You go to Monument Valley and you let the American landscape do the acting.” It’s true: you let the scenery do the acting, so all you have to do is show up. When you’re working in Rome, with these beautiful palaces, it’s easy.

What are your thoughts on the film?

It’s about the argument between two ideas, done in a very quick tempo with humour and friendship. It could have been very boring, but Fernando turned it into a very watchable movie. In the film, [Joseph] Ratzinger is a conservative, so he doesn’t trust [Jorge] Bergoglio, a Marxist, but he gradually realised that Bergoglio is just another human being who has a different idea.

It’s very much like the new movie I’m preparing for: John F Kennedy didn’t want to change anyone else’s ideology, and he certainly didn’t want a war even though people were pushing him for it. Instead, he tried to understand [Nikita] Khrushchev and [Fidel] Castro and what they wanted, so that he could reach an agreement with them to deescalate the Cuban Missile Crisis. Kennedy’s great gesture was saving Khrushchev’s face instead of humiliating him. That was his single greatest piece of political diplomacy.