Wonder Movie Review - Augustman
Sort & Filter
Close Filter
Sort By
Date
Relevance
Filter By Category
All Categories
All
Style
Culture
Gear
Food & Drink
Travel
Wellness
AM Select
Apply
Filter By Location
singapore
All Countries
Culture
Private profits, social costs: A balance the government must find amid a global recession
Culture
E-Sports is fast becoming the next major league sport around the world
Culture
6 Netflix Originals you should watch, even if you’ll never guess who made them
Culture 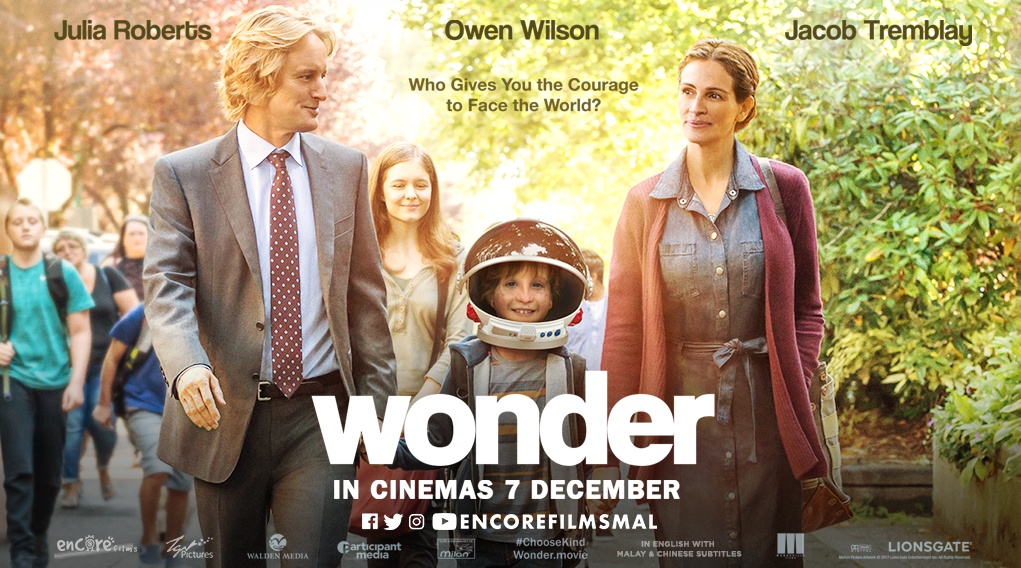 Based on the novel of the same name by Raquel Jaramillo (under the pen name of R. J. Palacio), Wonder tells the story of August “Auggie” Pullman (Jacob Tremblay). Born with a genetic abnormality, Auggie has undergone twenty over surgeries in order for him to live more like a normal person. Though sharing many similarities as kids his age, Auggie is aware of his physical appearance and often hides behind a toy astronaut helmet. Having been home-schooled all his life, Auggie takes the leap into the “real world”, à la school. As Auggie maneuvers through his first year of school, he – along with the people around him, learn to think more of others and find happiness within themselves.

Upon first glance, it is easy to assess Wonder as your typical feel-good family movie. Following various predictable genre tropes as the narrative of the film unfolds. However, Stephen Chobsky’s Wonder ultimately succeeds in what it sets out to do, telling a moving tale of love and friendship. Much like his last film, The Perks of Being a Wallflower, Chobsky manages to transcend seemingly plain premise and themes into a story packed with emotion and depth.

The greatest achievement of the film though, is perhaps it’s ability in turning its characters into multi-dimensional individuals rather than surface-level archetypes. For Wonder, Chbosky opted for the decision to split the narrative into various chapters, telling the story from the point of view of its supporting characters. Though a bit jarring initially (seeing how audiences thought they were following the journey of its lead), that feeling quickly subsides due to the film’s brilliant characterization.

Alongside great character development, Wonder is elevated by incredible performances from its stellar cast, most notably Tremblay. The young thespian greatly balances between drama and comedy, resulting in making his take on Auggie remarkably charismatic yet sympathetic. The rest of the cast were also great in their respective roles. Julia Roberts and Owen Wilson makes for a great pair of parents. The former plays an intelligent and endearing mother while the later plays a charming and humorous father.

In summary, Wonder is a touching family film that teaches the importance of acceptance, compassion, and ultimately overcoming adversaries. Despite following some of the narrative tropes that are often associated with its genre, Wonder succeeds through heartfelt storytelling and incredible characterization.

*Special thanks to TGV Pictures for the press screening invitation. Wonder opens in cinemas on 7 December.

Film
Wonder
Alex Low
Talk to Me About: