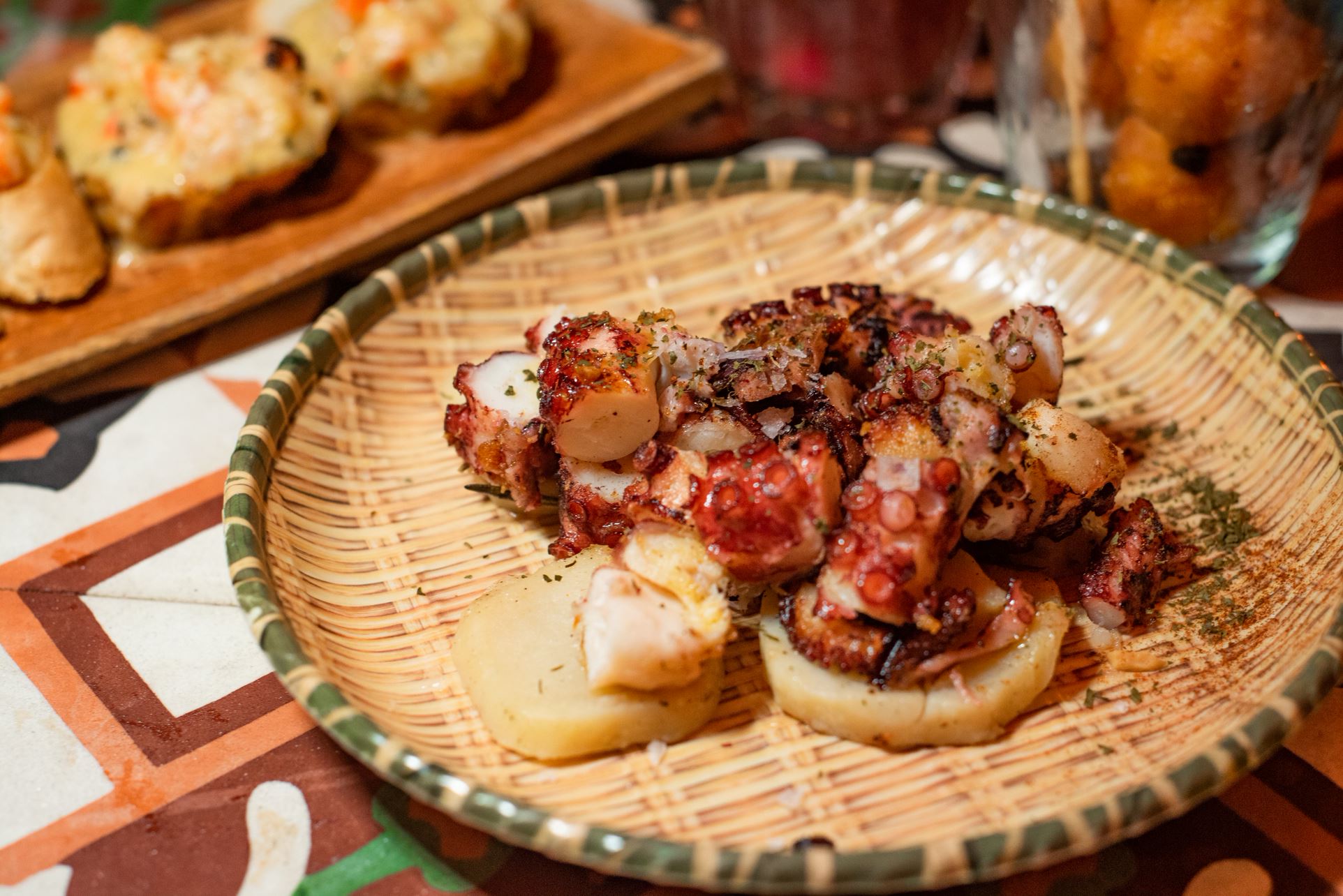 Octapas: A Tapas Bar With Spanish And Filipino Favourites

The ongoing pandemic times have seen Clarke Quay lose some of its lustre as a bustling nightlife district, but one thing that remains is its arsenal of excellent eateries. Many of these are pretty much veterans in the F&B scene, with over a decade’s worth of history. An example is Spanish-themed tapas bar and restaurant Octapas, which opened in 2010 but is still a popular spot with a loyal customer base. Illuminated by lanterns and boasting great views of the Singapore River, its alfresco dining space emits a warmth guaranteed to lure you in.

The extensive menu is a balance of Spanish and popular Filipino dishes, paying tribute to the Spanish’s influence on Filipino culture during the colonial days. We kicked our feast off with a Red Classico Sangria, a Gilbeyes gin, Lumpia Shanghai and Tukneneng with Cucumber Vinegar Dip ($12).

Inspired by a popular Filipino street food, the Tukneneng is a tempura-battered quail egg. It was one of our favourites — the tempura batter was light and crispy, making it a good contrast to the richness of the yolk. Dipping it in the cucumber vinegar dip refreshes the palate, cutting through the luxuriousness of the egg, making us reach for more. The Lumpia Shanghai is a meat and cheese-filled Filipino spring roll. Non-greasy and hearty, it is the perfect accompaniment to any beer.

These were followed by various side dishes including the Pulpo ala Gallega ($22), grilled octopus with paprika and potato. Although the octopus had a beautiful strong char on the outside and a perfect textural bite, it would have been better with a dash of acidity to liven up its flavours.

The highs of the night were definitely the Negra ($37) a squid-ink paella dish, the El Mesa’s Sisig ($19) and Camarones Y Tostadas ($15). The tostadas were crunchy, and the creaminess of the prawns felt reminiscent of dipping a baguette into the last bit of a velvety soup. The flavour was gentle and sat well on the tongue.

This was a perfect juxtaposition to the bold, peppery flavour of the Negra. The flavours in this squid ink paella were equally as bold as they were harmonious. The heat from the black pepper played off the saltiness of the seafood. The squid too had just the right amount of bite.

The Sisig was served on a sizzling hotplate with a barely cooked egg in the centre and a mix of chopped potatoes and onions. The distinct savouriness of the chargrilled meat is complemented by the tangy citrus dressing. Swirl that mixture through the egg and it’s a dish perfect to have with an ice cold beer.

Overall, the meal was a hearty one. However, the true appreciation of dining at Octapas is being able to enjoy the true authenticity, culture and flavours from both Spain and the Philippines.

Start Off The New Year With These Cheesy Baked Shells