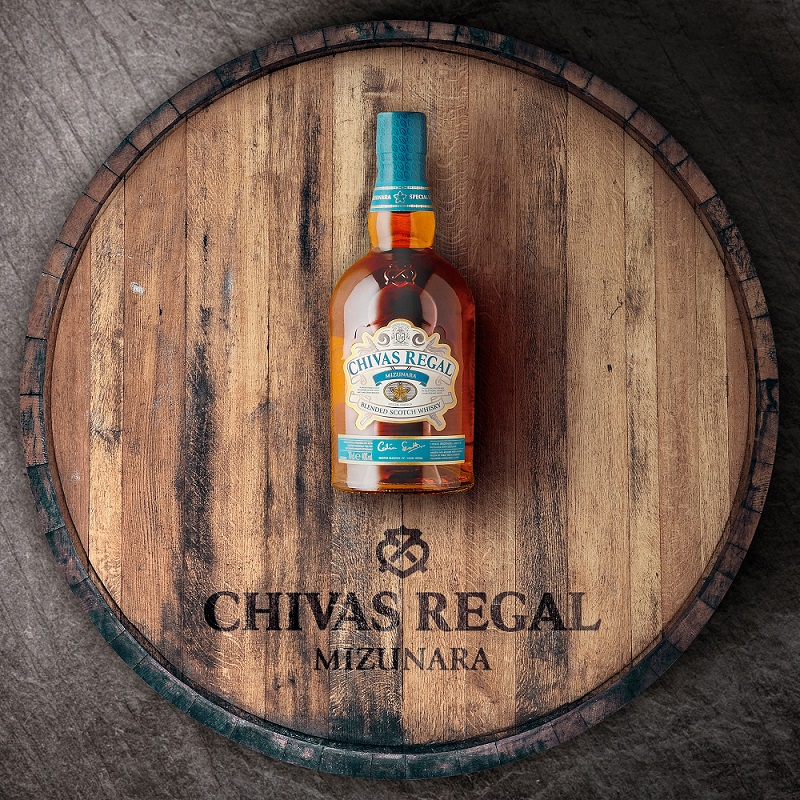 The Chivas Regal Mizunara‘s eponymous Mizunara (lit. “water oak”) is a variety of oak that’s widely distributed in Northeast Asia and, as its name suggests, it is most closely associated with Japan. The tree thrives in colder climates, and specimens growing in Hokkaido yield the best wood for uses in areas such as high-end furniture.

By all accounts, Mizunara is a less-than-ideal source of wood for making barrels to age whisky in. For one, it grows very slowly – 200 years is a commonly cited age for its tree to be large enough for harvesting. The Mizunara also grows curved with knots aplenty, which further reduces the amount of usable wood from every tree. To complicate matters even further, its wood is high in moisture content, difficult to work, and highly porous, making it even less desirable.

As it turned out, however, Mizunara found favour in Japan during World War 2. The country was then facing import restrictions, and domestic coopers turned to Mizunara for their whisky barrels. It was then that distilleries discovered how it imparts aromatic, incense-like notes with a spicy finish to a whisky. Although Japanese distilleries largely returned to white oak and other “mainstream” casks after the war, Mizunara had already established its reputation for its influence on a whisky’s flavour profile.

A Scotch With A Japanese Finish

The Chivas Regal Mizunara is the brand’s custodian master blender Colin Scott’s ode to Japan, and is best understood as the familiar Chivas Regal blend with a uniquely Japanese twist. To achieve this, the whisky is selectively finished (i.e. a portion of every batch is aged) in Mizunara casks to obtain the latter’s distinctive spicy notes. There isn’t a prescribed time period for this though – the process is dependent on how each batch of whisky ages, which naturally varies based on the exact cask used.

The result is a whisky that starts off with fruity notes on the nose before giving way to a rich honey-like sweetness on the palate with Chivas’s distinctive smoothness. The finish, as expected, is spicy, and reminiscent of Japanese whiskies. The Chivas Regal Mizunara is still an authentic scotch despite its crossover appeal though. Interestingly, this is the exact same whisky as the Chivas Regal Mizunara 12 Year Old whisky that was sold in Japan, albeit without the corresponding age statement. Chivas has opted to do so to keep the focus on the blend’s selective finish in Mizunara casks, instead of the whisky’s age. Keen for a dram? You can purchase the whisky here.

Malaysia Has An Award-Winning Whiskey And Its Called Timah

Mulled Wine Is The Warming, Comforting Drink Of Fall — Here’s How To Make It