BMW 4 Series Convertible Ushers In A New Era For Open Top Motoring
GearRead More
Gucci Melds Their House Code with Balenciaga’s For Their Centennial
StyleRead More
Longchamp X EU “Been A Champ” Collection Brings Out The Champ In You
StyleRead More
Life in Edo | Russel Wong in Kyoto Exhibition Explores Japanese Culture And Craftsmanship
CultureRead More
Want honest food & drink reviews or handy dining & nightlife guides? We have it all. Sign up to receive it.

In the beginning, there was Tiger and Anchor Beer. Then came Heineken, Carlsberg, Baron’s Strong Brew and Guinness.

It wasn’t until the mid 2000s that craft beer arrived — in waves — as microbreweries, brewpubs and a host of specialist importers introduced hundreds of innovative, ambitious and downright delicious artisanal ales to local drinkers. Suddenly, it was cool to drink beer.

It still is, by the way. Twenty years on, the craft beer scene here is bigger than ever. A lot more amazing suds have reached our shores. Evidently, Singaporeans love their beer, with a passion. 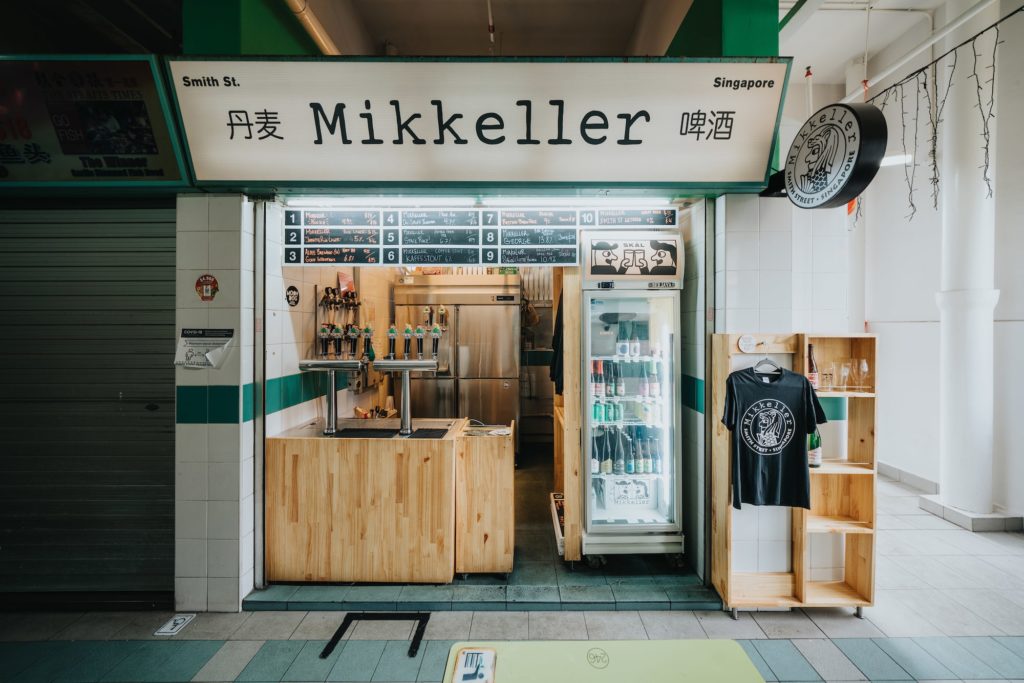 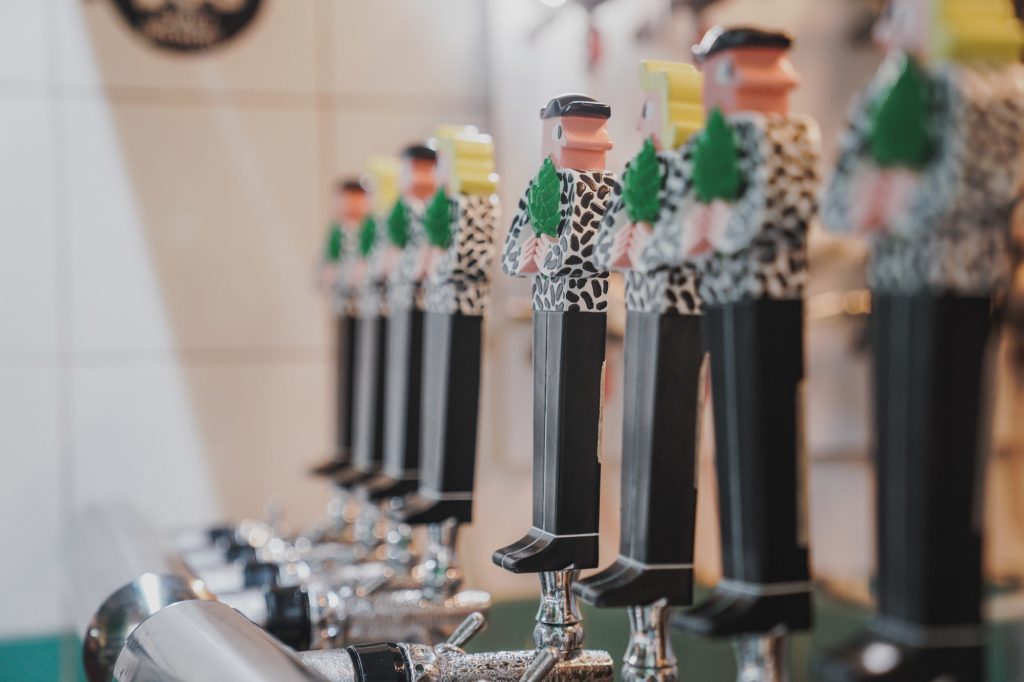 Never mind that there are plenty more great brews you have not tasted, because your next pint should be a Mikkeller. The Copenhagen-based cult microbrewery has opened its smallest bar at Chinatown Complex Food Centre, and it has 10 of its beers on tap, alongside a curated selection of bottled and canned beers.

Opening a hawker stall may seem unbecoming for Mikkeller — whose empire counts 50 locations from San Diego to Shanghai, Bucharest, Warsaw and even Torshavn, capital of the Faroe Islands — but the modest Singapore outpost reflects the brewery’s “gypsy” beginnings. Because the founders couldn’t afford a brewery, they got existing breweries to make theirs. This MO — also known as “cuckoo” or “phantom” brewing — is now a standard practice for thousands of brewers across the world.

“Hawker stalls and street food is a part of Asian culture that I really love,” says Mikkel Bjergsø, Mikkeller’s founder and Chief Creative Officer. “This is a fun and novel environment for us, and will be a good addition to our other locations in Southeast Asia.” Mikkeller makes an astonishing amount of beer every year (17,000 hectolitres to be exact), so you can expect something different from the 10 rotating taps when existing offerings run out. Opening highlights include ​Do Stuff Together ​(4.9% ABV), a hazy New England pale ale brimming with tropical and citrus fruits; ​Japanese Rice Lager ​(5% ABV) with citrus, hay and jasmine-like notes; The ​Space Race Gluten Free Hazy IPA (6.7% ABV) that boasts a ripe, tropical fruit basket of flavours; as well as ​Kaffestout (6% ABV), a dark brew with deep roasted coffee notes and a velvety mouthfeel.

The brewery is also bringing its worldwide Mikkeller Running Club (MRC) to Singapore, with the first run commencing on 6 March 2021. Established in 2014 with the philosophy that enjoying great beer and doing a bit of physical activity can help members find balance in life, it boasts various routes, pace and distances suitable for all types of runners. Participants are also rewarded with a complimentary beer at Mikkeller upon completing the run.