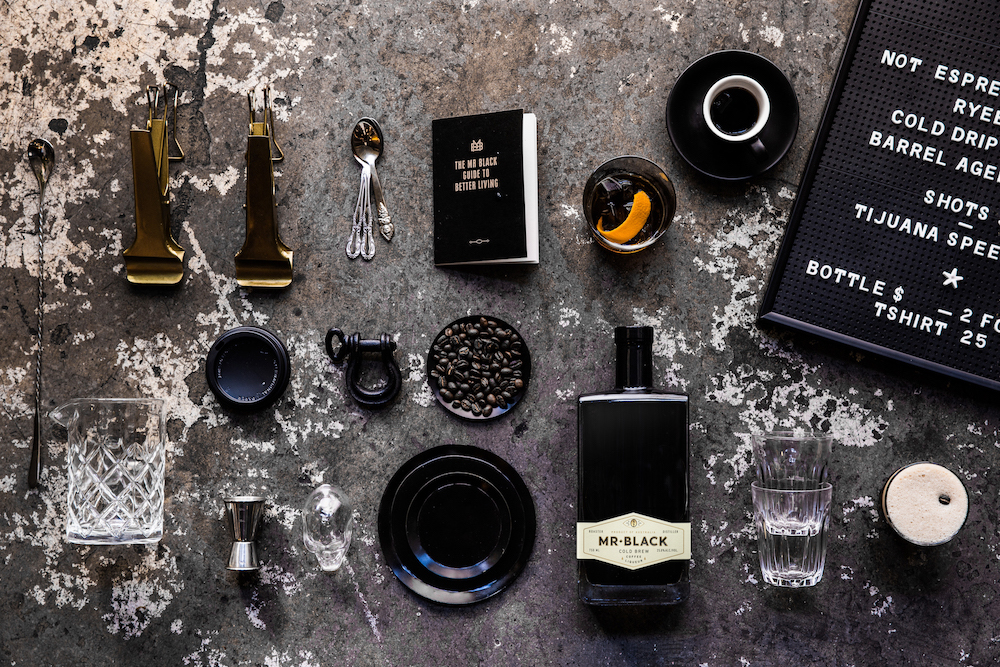 LET’S get real: mass market coffee liqueurs don’t typically taste good. The stuff that’s glugged into your espresso martinis at most bars tastes like liquified Kopiko candies nine times out of 10. There’s no layered bitterness, no acidity, just a whopping bomb of cream and sugar topped with a syrupy whisper of that roasted Arabica aroma you crave. The days of crushed caffeine-and-booze dreams are long gone now as a proper coffee liqueur has arrived in Singapore to make all the difference, and its name is Mr Black.

“[Mr Black has] ten times the coffee and half the sugar of old world coffee liqueurs. “
Tom Baker, Founder of Mr Black

The backstory behind Mr Black teases to the cred it has, even before you try it. Hailing from Australia, where fine coffee is as commonplace as kangaroos, Mr Black brands itself as coffee liqueur for coffee purists. Founder Tom Baker asserts that it contains “ten times the coffee and half the sugar of old world coffee liqueurs”, given that the spirit is crafted from premium cold brew Arabica coffee and silky smooth Australian wheat vodka. Ever since the brand’s debut in 2013, Mr Black has become a ubiquitous feature in some of the world’s best bars and restaurants.

It has launched locally at select bars, which means you no longer have to settle for bad espresso martinis, and that you can fully indulge in daytime drinking with a shot of caffeine that will perk you right up. We’re not advocating alcoholism, but some of this stuff in the morning could help a tough day go down a whole lot easier.

This Is The Difference Between Bourbon And Whiskey