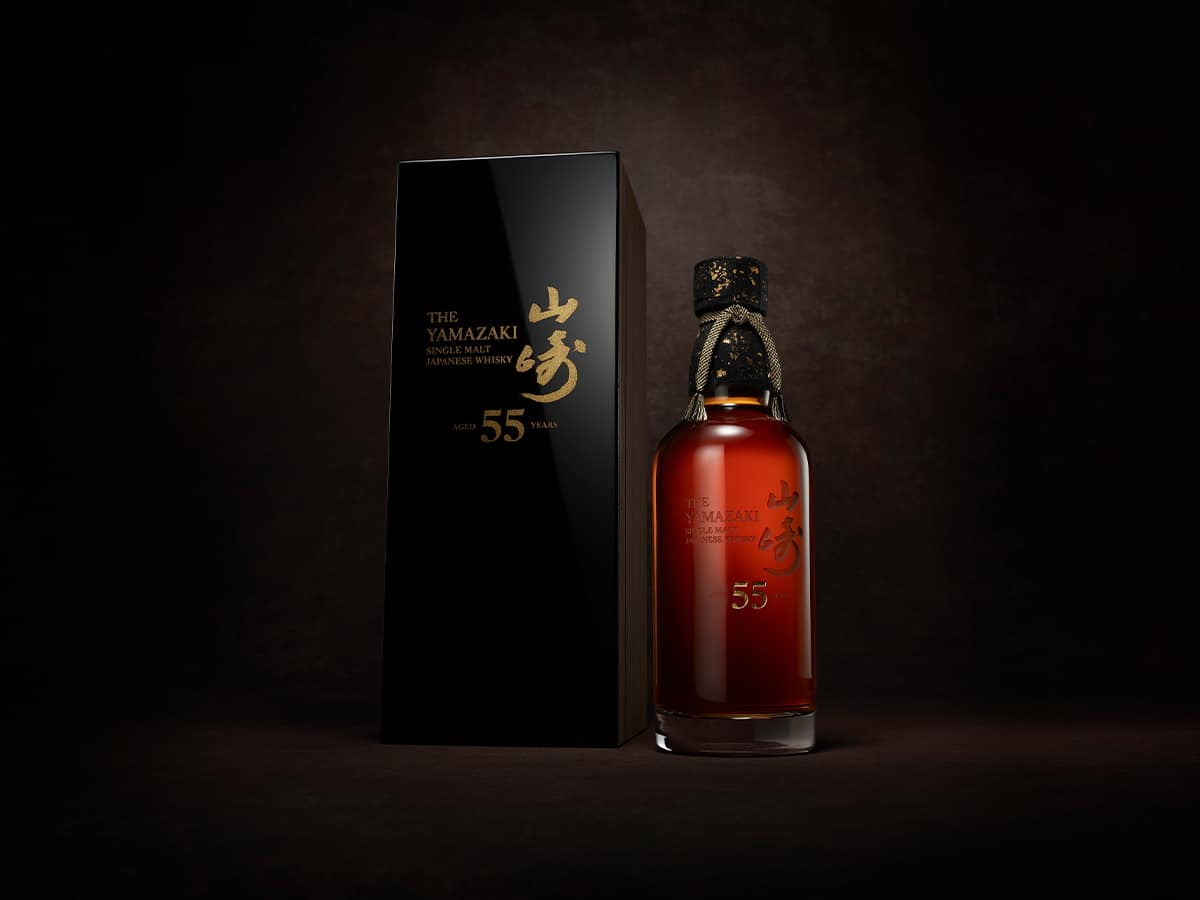 The term ‘oldest’ seems to be the new buzzword in whisky. In recent months, we have seen prominent brands and distilleries release their versions of old and precious spirits. Now, the House of Suntory has thrown its name into the hat with the release of the Yamazaki 55.

From the birthplace of Japanese Whisky, Yamazaki 55 – now available in select global markets – honours the legacy of three generations of Master Blenders and celebrates its harmony with nature with a donation for every newly released bottle to The White Oak Initiative.

Inside each bottle is a blend of precious single malts featuring components distilled in 1960 under the supervision of Suntory’s founder Shinjiro Torii and then aged in Mizunara casks. Then in 1964, under Suntory’s Second Master Blender Keizo Saji the whisky was aged in White Oak casks.

The resulting expression features a deep amber colour; robust aroma redolent of sandal wood and well-ripened fruit; sweet, slightly bitter, and woody palate; and slightly bitter yet sweet and rich finish.  Yamazaki 55 is presented in a crystal bottle with the word “Yamazaki” carefully engraved in calligraphy using the technique of sandblasting and featuring real gold dust and lacquer on the age marking.

The bottle’s opening is wrapped in handmade Echizen washi paper and bound with a Kyo-kumihimo plaited cord, a traditional craft from Kyoto. Each bottle is delivered in a bespoke box made from native Japanese Mizunara wood and coated with Suruga lacquer.

Yamazaki 55 will be available in extremely limited quantities starting this month at a suggested retail price of US$60,000 (S$80, 587).

Hendrick’s Lunar Gin Is A Once In A Blue Moon Release. Get It Before Its Gone

Here’s Everything You Need To Know About Gin, Including The Different Styles