Earth Day falls on 22 April. And the teams at Potato Head Singapore and Three Buns are marking the important occasion with a special Earth Month menu.

Because our home planet needs our commitment to protect and heal it, Earth Day aims to reinforce our solidarity across the globe for anyone who cares about our collective future. It urges us to play an active role in climate change. Whether by equipping ourselves with environmental and climate literacy, making efforts to end careless consumption, putting a stop to plastic pollution, or helping to save species from extinction – each of us can do our part.

Head chef Adam Penney and his team are ready to do their part. “[Sustainability] is in our DNA. It’s even in our mantra: Good Times, Do Good,” said Penney during our phone interview. “We’re sustainable in everything we do; from the materials we chose and used for the building of our Quayside restaurant [Three Buns] to the ingredients we use throughout our menus.”

So what is on these new Earth Month menus? What do the dishes look like? How will they help Earth in the long run? Penney walks us through his game plan.

What made you realise it’s time for Potato Head Singapore and Three Buns to put together this Earth Month menu?

Adam Penney: With so many great new plant-based products becoming available, coupled with growing consumer demand, it seemed only natural as part of our evolution at Potato Head Singapore and Three Buns to create this menu. We have always had a strong vegetarian offering at Three Buns, for instance. So it felt like it’s time for us to create a menu that’s not only sustainable, but also appealing to meat-lovers, vegetarians and vegans.

What’s more, we have had great success and strong feedback on Three Bun’s first fully vegan launch late last year – the Vegan Seagal burger (below). It uses a house fermented cashew cheese, a thousand island-style soya milk mayonnaise that has our own spin to it, an Impossible patty, and a vegan mango-flour bun. While [the burger] remains a well-loved treat among our customers, it shows us that there’s a demand for more plant-based options.

Potato Head Singapore and Three Buns are mainly non-vegetarian and known for its burgers (Burning Man) and its chicken wings (Wing-Its). Has this Earth Month menu always been a direction you’ve wanted to explore as a chef? If not, what made you decide to do this?

When I first heard about Impossible Foods back in 2017, I was intrigued by the idea of the product. When I got to taste it, I was blown away. Compared to ground beef, the Impossible Burger, for instance, is a dish that uses 96 per cent less land, 87 per cent less water, and generates 89 per cent less greenhouse gases. Not to mention, it handles, cooks and tastes just like beef. It’s clearly a win-win for the consumer and the environment. This then inspired and pushed me to help turn Potato Head Singapore and Three Buns into a local burger restaurant that offers burgers made with Impossible Foods’ plant-based meat patties. And in March 2019, we succeeded.

Were there challenges you’ve had to overcome? Which was the toughest?

Creating plant-based burgers—a dish traditionally synonymous with meat—is always challenging because we’d never want to compromise on its taste. For us, that essentially means we’ve to experiment not just with new flavours, but also the texture of ingredients to ensure the first bite is perfect. Putting that aside, time is also a challenge. Although the Impossible Hombre burger and the Impossible Sleaze (below) were first developed without much hiccups, the others took a little more time than expected. No challenge, however, matches getting cashew ice cream C.R.E.A.M’s texture right. It was one of the most difficult parts of our Earth Month menu. It took batches after batches and we had to taste a lot of them. Thank God, though, we got there.

For non-vegans/vegetarians who are willing to try the new menu. What are some dishes you’d recommend so that they can ease into its taste, flavour and texture?

For those who, on the other hand, are already sold on our Impossible burgers, try the Don’t Knock The Hass’le burger. Its made with a Just Egg patty, Hass avocado, bell peppers, hummus, rocket and arbequina extra virgin olive oil in a toasted mango flour bun. If not, the Truffle Shuffle won’t disappoint too. It features a roasted portobello mushroom, Simpliigood spirulina, garlic miso cashew butter, vegan cheddar, raw slaw and truffled soya milk aioli in a toasted mango-flour sesame bun. 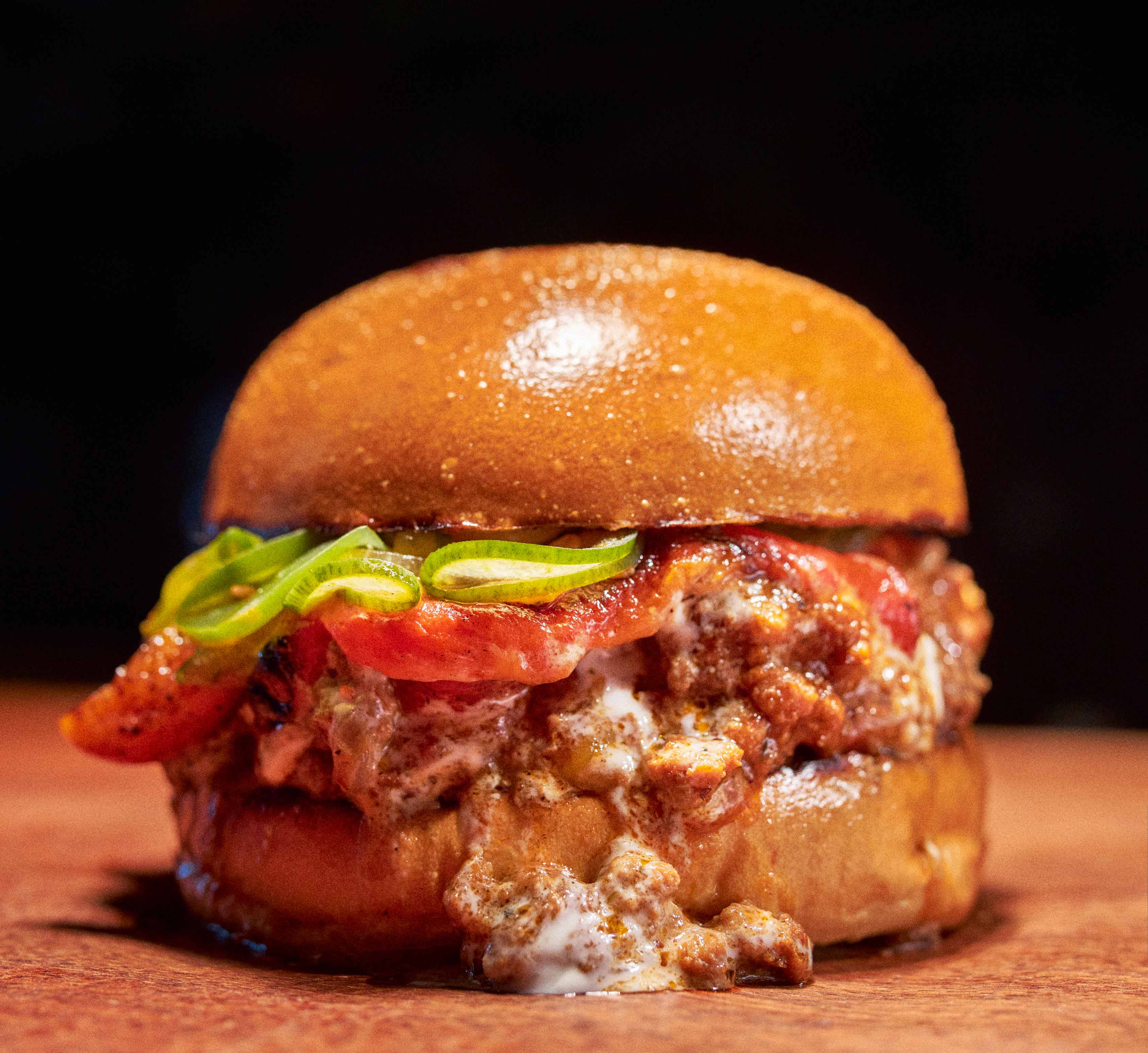 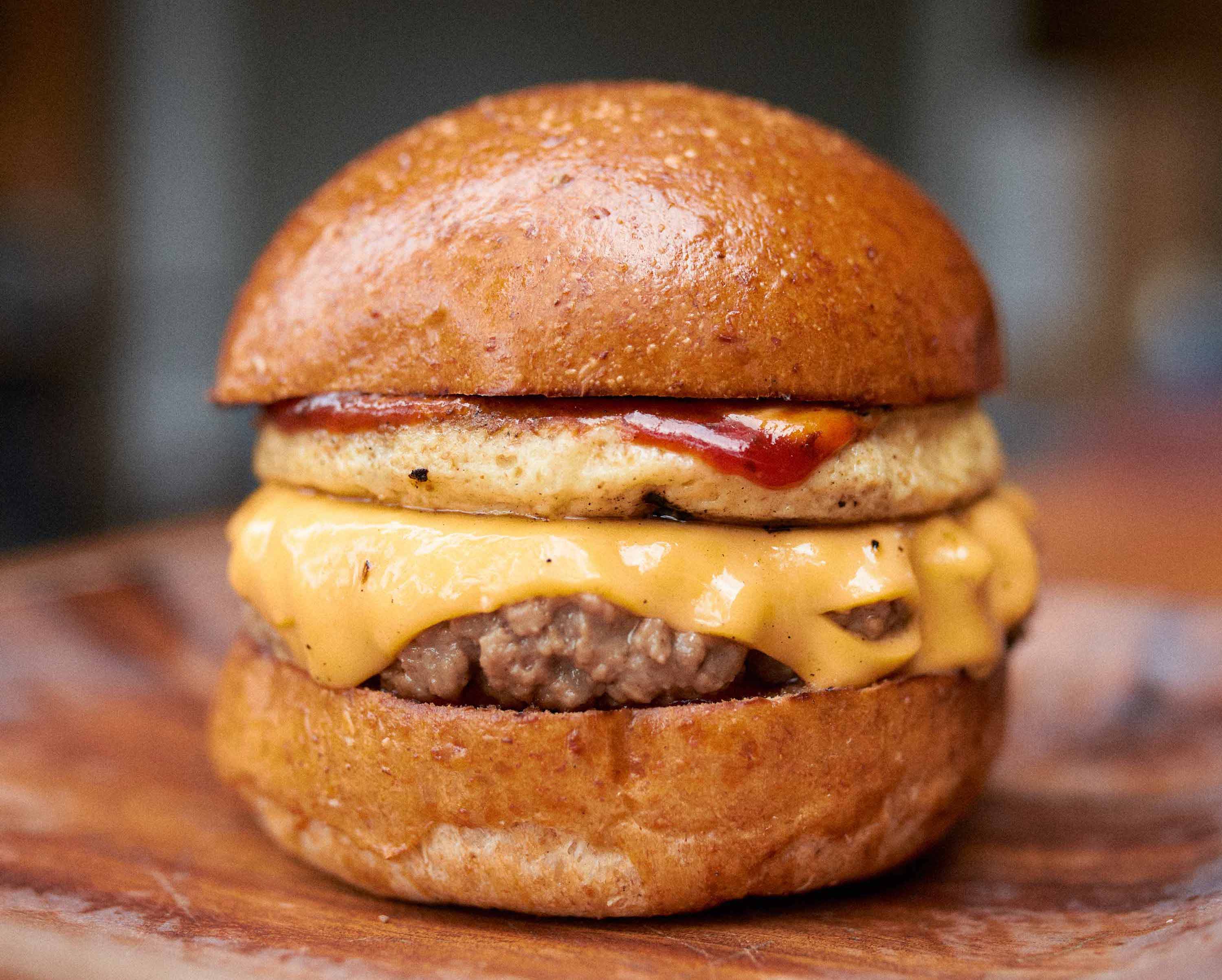 And yourself, which are your personal favourites? And why?

I’ve a few favourites! First off, the Impossible Hombre because the flavours are rich, smokey and spicy. The Impossible chilli in it gives a great textural addition as well. The Le Big Mock, the Impossible Sleaze, and the Beets by Dre are a few others. C.R.E.A.M, of course, has to be my favourite. It was a labour of love.

On that note, how can we start indulging in the dishes from the Earth Month menu?
The entire Earth Month menu is available until end-April on Deliveroo. It delivers islandwide. As we come out of Earth month, we’ll also keep an eye on which dishes are the more popular ones. These then come back onto our menus as specials from time to time. That said, our regular menu with meat options is also readily available for all customers to enjoy from the comfort of their homes.

Is it sheer coincidence that the launch of this menu coincides with Earth Day? Are you trying to put across the message through your food?

The launch of the menu does indeed come at a time when Earth needs saving most. We’re aware that this is also an unnerving time for us [at Potato Head Singapore and Three Buns]; navigating the ever-evolving COVID-19 pandemic has not been without its challenges for us. Nonetheless, we think it’s important to focus on the positives and the impact we can make on the world despite the situation we’re in – no matter how big or small our contribution is.

In fact, besides the idea of using and consuming sustainable foods, the restaurants will be donating a dollar for every dish ordered from our new Earth Month menu to ACRES, a Singapore charity dedicated to stopping animal cruelty. This, hopefully, will further encourage our consumers to support our cause. Of course, actively support local restaurant businesses like ours as well. 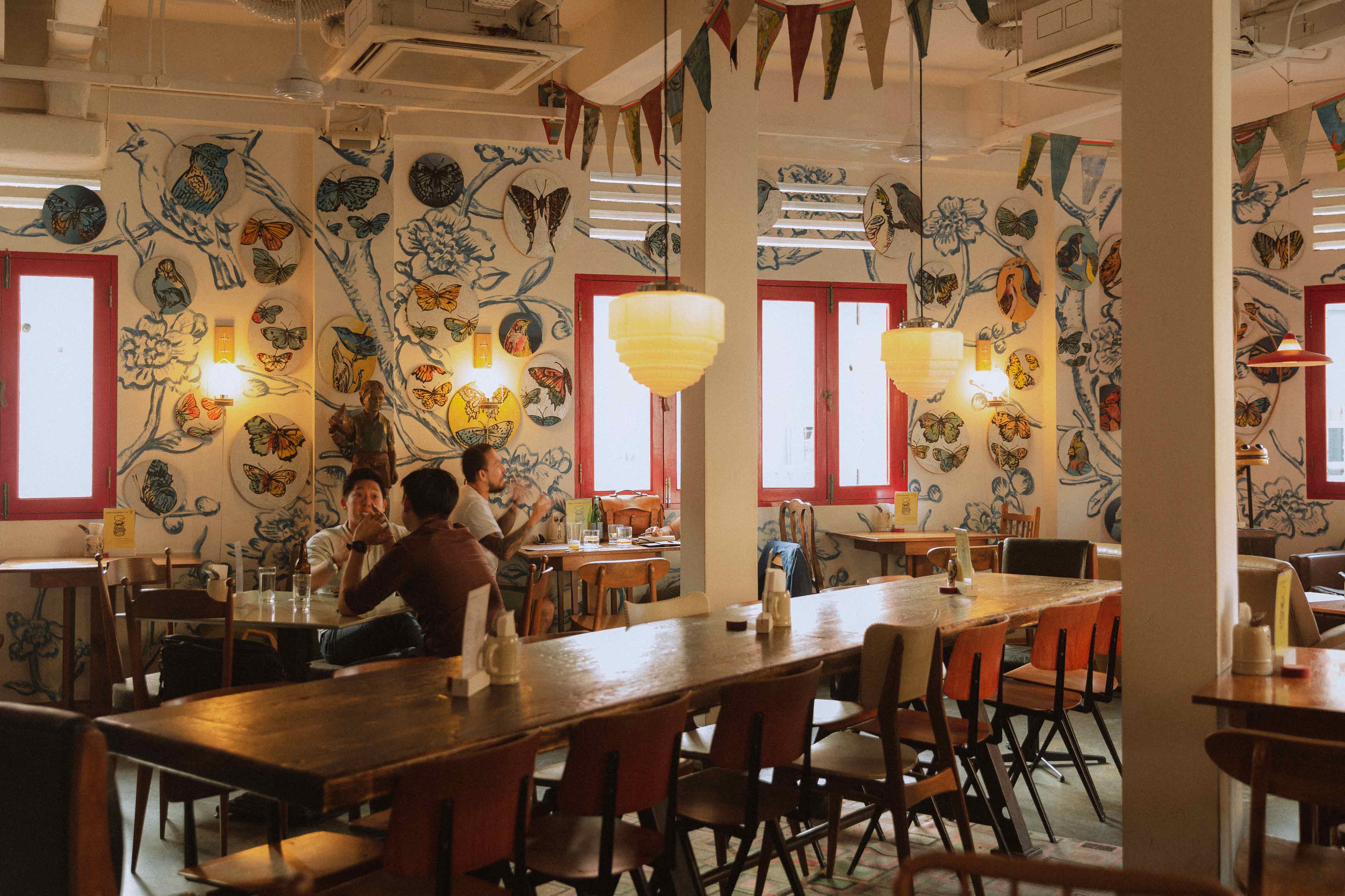 Certainly, the COVID-19 situation has disrupted our way of life and brought hardship for everyone. What are your thoughts?

It’s a challenging time for everyone. Food is one of the things that brings us together – and in these trying times, more so than ever. If you can support your local restaurants and hawkers with call-in orders or walk-in takeaways, try to. And when you can’t use these contactless delivery options, you can still help and support us by staying safe and staying home.

Food
potato head
sustainability
deliveroo
three buns
Lester Tan
Lester is into films, food and basically anything culture related under the sun.
Talk to Me About: