Above the Sky: Unravelling the Secrets Behind Ao Yun 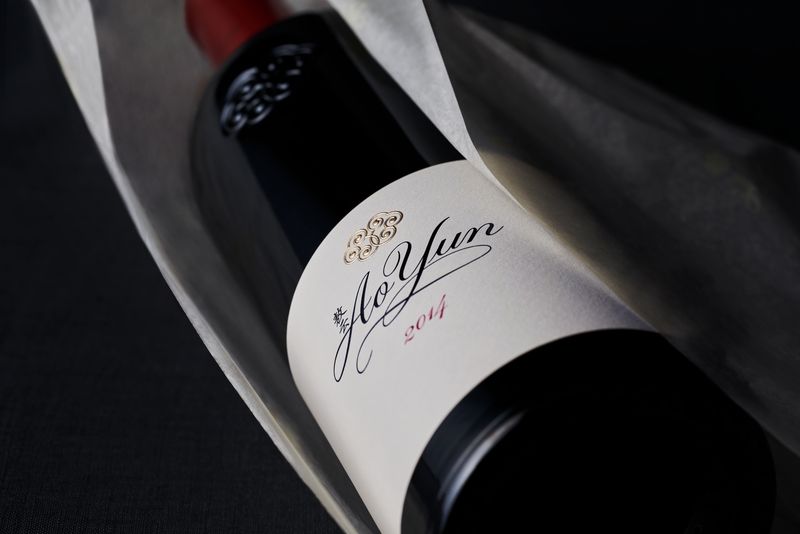 8 Modern Companies That Are Using Technology To Deliver New Value To Their Customers
GearRead More
Lo Hei and Behold the Year of the Ox
Food & DrinkRead More
2021 Blockbuster Movies: The Most Hotly-Anticipated Films To Catch On The Big Screen
CultureRead More
Ring In The New Year With These Stunning Minute Repeater Watches
StyleRead More
Want honest food & drink reviews or handy dining & nightlife guides? We have it all. Sign up to receive it.

When I first sampled the 2014 Ao Yun, a part of me hoped that I would have tasted the wine ‘blind’. Because if I had, I simply wouldn’t have been able to identify where to place this exquisite wine. I would’ve kept myself guessing, never coming close in guessing its actual home. To the surprise and subsequent delight of many, Ao Yun is housed in the remote northwest corner of the Yunnan province, near the legendary city of Shangri-La, a hidden paradise among the Himalayan Mountains. Which speaks volume of Moët Hennessy’s continuous success in pushing the frontiers in the world of winemaking, this time by creating a wine estate in a previously unexplored terroir.

The vineyards of Ao Yun are located in Adong, Xidang, Sinong and Shuori, just below the sacred Meili Mountain at altitudes varying from 2200 to 2600 metres, to allow the Cabernet Sauvignon to give its finest expression of a unique terroir. The thick wandering clouds of this emblematic region are an echo to Ao Yun’s name, which means “roaming above the clouds” in mandarin.

In celebration of this truly unique wine, we had the opportunity to speak to Christophe Chauvet, the international director of Estates & Wines. Coming from a family who has been in the wine industry since the 19th century whilst being an integral part of the Moët Hennessy group for two decades, his passion for wine is unrivalled by many.

Chauvet was able to share his experience from establishing Ao Yun and how it is a remarkable new wine adventure in the world of wines, the ambition and pioneering spirit of the project and the challenges faced in pushing the frontier of winemaking to China.

With your passion essentially being your everyday work, how has your love for wine evolved over the years?

If you go back to my family background, you’d have seen that wine has been a family affair since the 19th century. When you’re born in a specific region in France, you’re very much focused on your own wines and the wines from your region. So, if you visit Bordeaux, the people there will be drinking Bordeaux wine. If you go to Champagne, the people there will be indulging themselves in champagne. If you come to my area, people will be drinking exclusively Cabernet Franc and sparkling wine from my region. You tend to stick to one. Since I left France and embarked on a 14-year-long journey in Asia, it has been an opening experience for me. At that time, wines outside of France and wines outside of my region weren’t so much of my preference, simply because I didn’t know. That’s my point, the more you travel, the more you expand your horizon. If you’re asking me how has it evolved, travelling has definitely been one of the biggest factors.

How did Ao Yun come to be established in Northern Yunnan?

The ambition is not to compile a collection of wines from each corner of the world. Today, when you look at what’s happening in the world of wines, you’d see that the Chinese consumption is booming. At that time, to be frank with you, I’ve only been to North Yunnan a couple of times. Consumption was booming, if you’re serious about wines, and you see the size of the vineyard in China, you’d know that it was the right thing to do. China is a big piece of land with vines, and all of the vines that are planted in China were not made to make wines. But when you think about it, when you look at the two elements, it made sense for us to do something there. The ambition was actually very simple, it was to create the top of the range in China. Whatever we were going to call it, we had no clue, but that was the main goal at the time. It came from different people in the company. We’re talking about 2005-2006 here, so it wasn’t too long ago. We talked to our management in Paris, we talked to our people in Bordeaux. The idea was deemed a little crazy at the beginning, but I was sure of it because I could see the future in it.

With its unique origins, is Ao Yun’s cost of production higher than what it would normally cost to produce wine elsewhere?

In the old portfolio that we have, this is the costliest wine that we have produced. I would even go further and say that they’re costlier than the first growth wines of Bordeaux, whereby they have heritage and years of experience and so on. Because when you create a new project, you’d need to have huge investments right away. Today, in terms of the cost of production, Ao Yun is certainly one of the most expensive ones. For simple reasons; new adventures, investment from scratch, and so forth. We are small, and we want to be small. Today, we’re only working with 27 acres. Another factor that made the production cost of the wine expensive is the precision which we have to bring to the making of this wine. These 27 acres are divided into 314 blocks, with each of them divided into 910 sub blocks. Also, we have a winemaker, Maxence Dulou, who’s obsessed with detail and precision. To manage an amount of 910 sub blocks like these, you’d need an army of people. Precision and attention to detail are perhaps the biggest factors in terms of its production cost.

In 2013, Ao Yun released its first ever vintage. Looking back, what was the biggest challenge that the brand needed to overcome over the past five years?

Like every new project, you have no idea where you’re going, production wise. You have to adapt to the local culture. The local team was already cultivating the grapes, but not in the way that we wanted. It was really from scratch. They had the right vines, but they weren’t managing the way we’d like them to. We could’ve started in 2008, but the first vintage that we made was in 2013. You need time to adapt your vineyards, so that wasn’t easy. When we decided to make the 2013, all of the barrels hadn’t arrived in time, so we needed to use jars to make the wine. That was a challenge. We got lucky because 2013 was an excellent year in terms of the weather conditions, the fermentation in the jars was so successful and it worked out perfectly. Of course, we had the expertise of our winemaker Maxence Dulou, but it was an adventure for sure, I can tell you that much.