Homepage > Gear > Fortnite: Deadpool welcomes himself to the online multiplayer game this April ’20 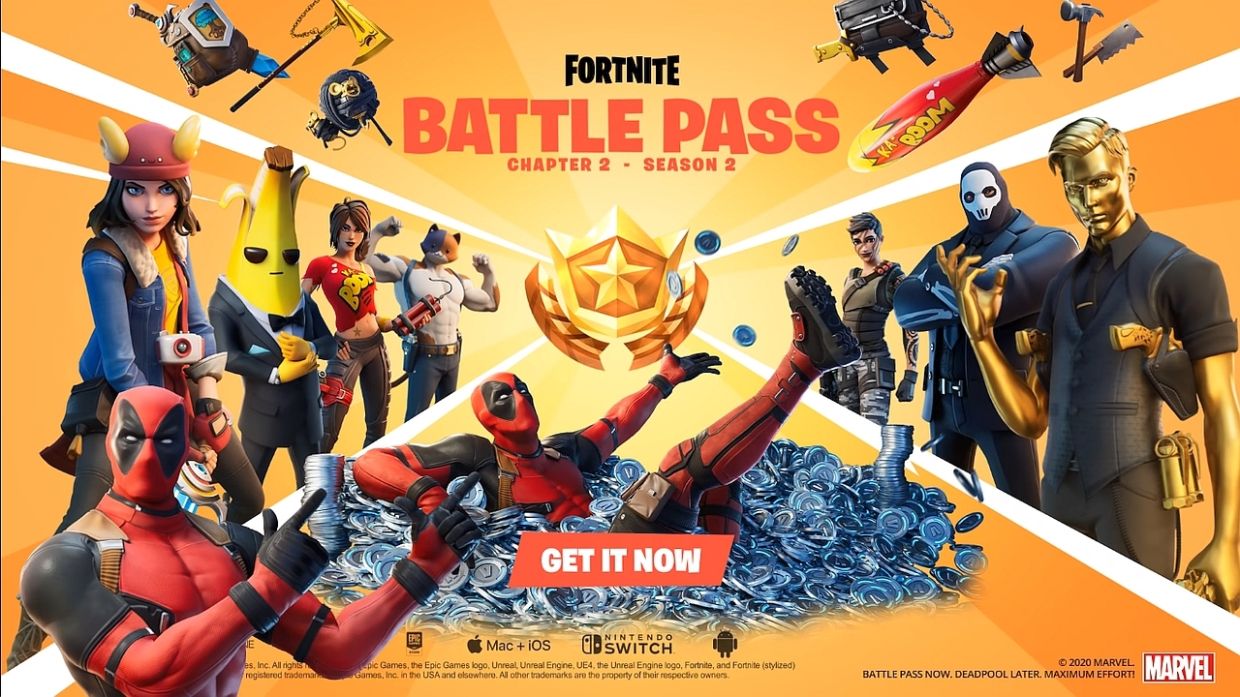 Fortnite: Deadpool welcomes himself to the online multiplayer game this April ’20

Marvel action hero Deadpool has been part of the Fortnite background chatter since the game entered Chapter 2 at the beginning of March 2020.

He was teased at the end of the Season 2 trailer, and players soon found a way into his secret restroom HQ from the game’s menu.

Dataminers have also been uncovering files that suggest players — or at least Battle Pass owners — will be able to unlock a Deadpool outfit should they successfully complete certain challenges.

The message suggests that Deadpool will be commandeering a yacht for the occasion, complete with music and tacos.

It’ll be the second crossover with a 20th Century Studios property in short order, after the March 31 update for “Fortnite” included the bullet-deflecting, sword fighting umbrellas from the “Kingsman” franchise.

Having acquired “Deadpool” movie distributor 20th Century Fox in March 2019 — renaming it to 20th Century Studios in January 2020 — Disney is understood to have recommenced work on a third franchise entry according to December 2019 comments from the series star, co-writer and producer Ryan Reynolds.

Available on PlayStation 4, Xbox One, PC, iOS and Android, free-to-play “Fortnite” derives its revenue from optional payments via an in-game shop that sells cosmetic items as well as a seasonal Battle Pass.

Chapter 2: Season 2 is expected to conclude on April 30, 2020, making the introduction of Deadpool an incentive to purchase and push through the Battle Pass even though it’ll expire a few weeks afterward. Previous “Fortnite” movie crossovers include those for Avengers: Endgame, Ralph Breaks the Internet, and Star Wars: Rise of Skywalker.