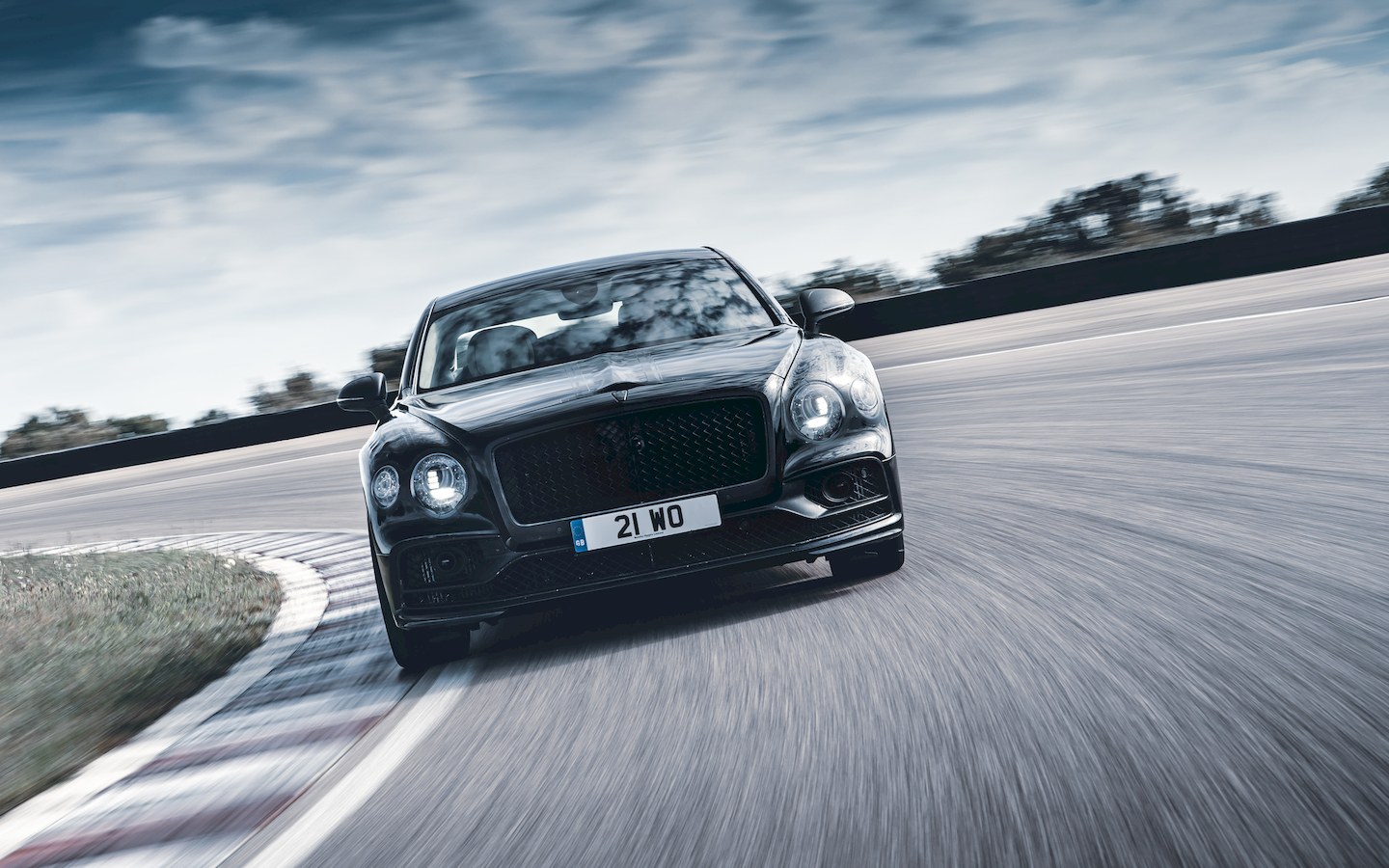 British automaker Bentley has just unleashed its latest creation, the Bentley Flying Spur. Launched in conjunction with the marque’s 100th anniversary this year, it claims to be the world’s most advanced luxury Grand Touring sports sedan.

The third incarnation of the baronial Flying Spur is the very first to feature All-Wheel Steering alongside All-Wheel Drive (AWD) and Bentley Dynamic Ride. Which means whether you’re driving along Rifle Range Road in Singapore or making a trip up to Kuantan in Malaysia with its sweeping s-turns and roads with v-shaped corners, you’ll get to test the feature at these high-speed manoeuvres. With the advanced electronic system in place to steer the rear wheels in the same direction as the front wheels, overtaking and changing lanes is expected to be rapid and smooth.

Under its hood is an enhanced version of Bentley’s renowned 6.0-litre, twin-turbocharged W12 engine. The new powerful setup is further paired with a dual-clutch eight-speed transmission for faster, smoother gear changes. This new TSI engine delivers 635 PS (626 bhp) and 900 Nm (664 lb.ft.). From 0-100km/h it clocks in at 3.8 seconds and reaches a top speed of 333 km/h.

The first sign of the brand’s uber-luxurious offering is the choice of three-dimensional diamond quilted leather door inserts. The Bentley EXP 10 Speed 6 design concept is the first time seen in a car. Fine Crown Cut Walnut is available as a new wood veneer option, which uses a straight cut process to for a modern touch. There’s also the popular Dark Fiddleback and Piano Black among its five different veneer options.

The Bentley Rotating Display is another industry first. Press the engine start button and the veneer section in the middle of the dashboard rotates to reveal a 12.3-inch touchscreen with customisable digital tiles. The Flying Spur also features all-new seats with a twin-flute design and increased functionality, including heating, ventilation, multi-mode massage, adjustable bolsters, and top tilt. There are 15 hide colours for the seats. Other options include a panoramic glass sunroof stretching the full length of the roof.

The Bentley Flying Spur is certain to bring segment-defining levels of performance, refinement and unparalleled touring experience to the fore. And not to forget, its supremely handsome looks and sleek lines are an ultimate head-turner on the road.

Bentley customers and enthusiasts can visit www.NewFlyingSpur.com to register their interest and to stay informed.