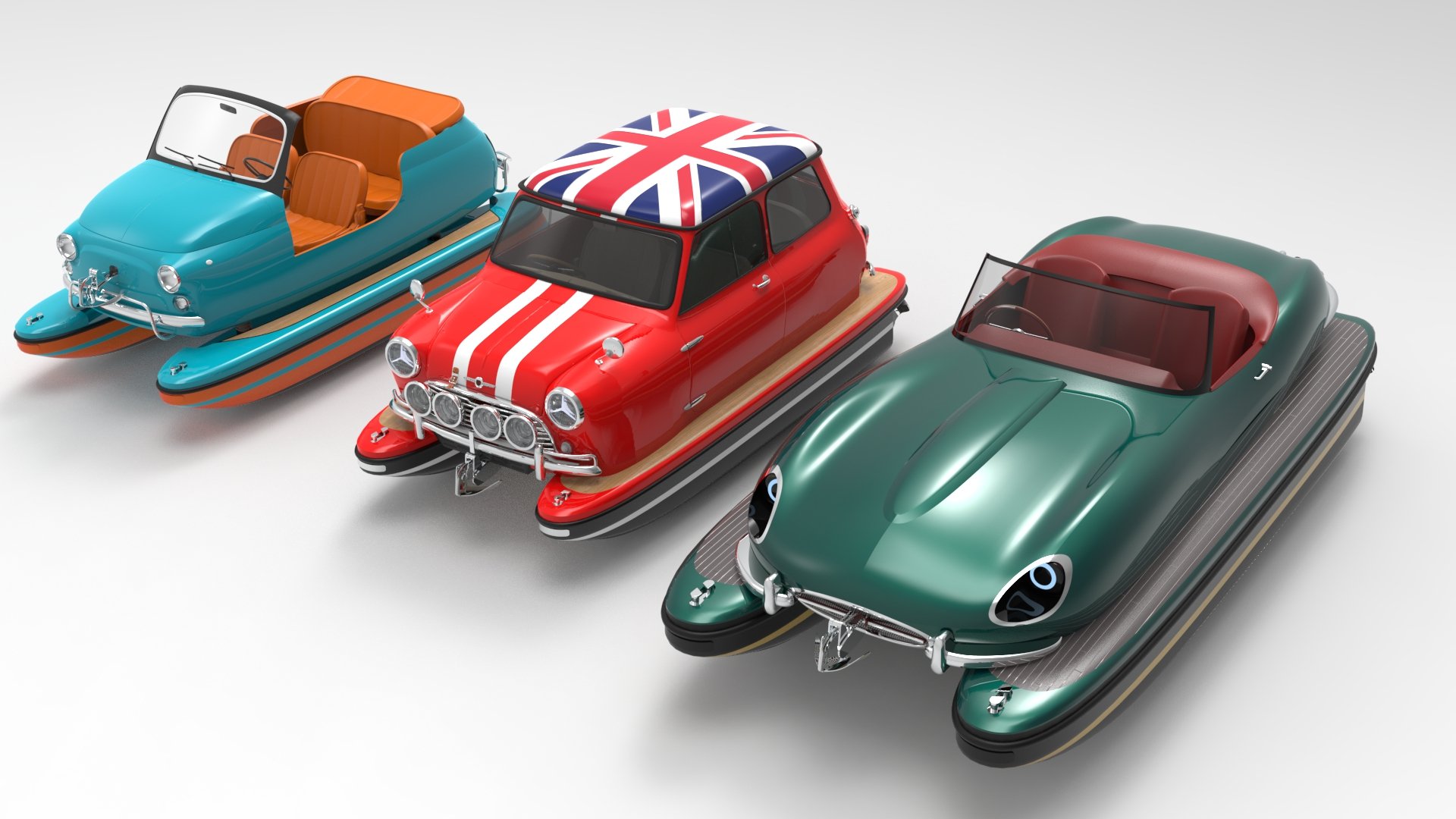 A floating Mini? A Fiat 500 that glides on water? Sounds too good to be true but Floating Motors are making it a reality.

The startup presents an ambitious project that involves reinventing some of the car world’s automotive icons as floating vehicles. This innovative concept is the work of designer Pierpaolo Lazzarini, who plans to make car designs like the Fiat 500 and the Mini Cooper take to the water as small boats, catamarans or hydrofoils.

The Floating Motors concept involves reproducing any car model in floating form. Instead of wheels, the startup offers the choice between two floating systems, a catamaran version with two hulls or a hydrofoil with wings allowing the vessel to “fly” on water.

For the moment, five models have been created by the company, based on cult vehicles such as the Fiat 500 (Dolce) or the Mini Cooper (Mini Mare). And Floating Motors isn’t ruling out any options for its upcoming projects, with even the Mercedes-Benz 300 SL or the famous Volkswagen Kombi bus.

In theory, each model will have a different engine power, depending on the specifications of the car in question. At present, the choice is between a conventional combustion engine and an all-electric motor, with power ranging from 20 to 270hp among the first scheduled models.

For the moment, this is still all at project stage. Each vehicle would require eight to 12 months of preparation. Prices are currently announced at US$30,000 to US$220,000.