Rolls-Royce And Hermès Collaborate On The Phantom Oribe
Sort & Filter
Close Filter
Sort By
Date
Relevance
Filter By Category
All Categories
All
Style
Culture
Gear
Food & Drink
Travel
Wellness
AM Select
Apply
Filter By Location
singapore
All Countries
Gear
Here’s How Much Your Social Media Profile Is Worth On The Dark Web
Gear
Get On Track With The Huawei Band 6 And Huawei Freebuds 4i
Gear
No Receipts: Whatsapp Is Testing A Feature That Lets Messages Disappear After 24 Hours
Gear

Rolls-Royce And Hermès Have Collaborated On A Bespoke Phantom 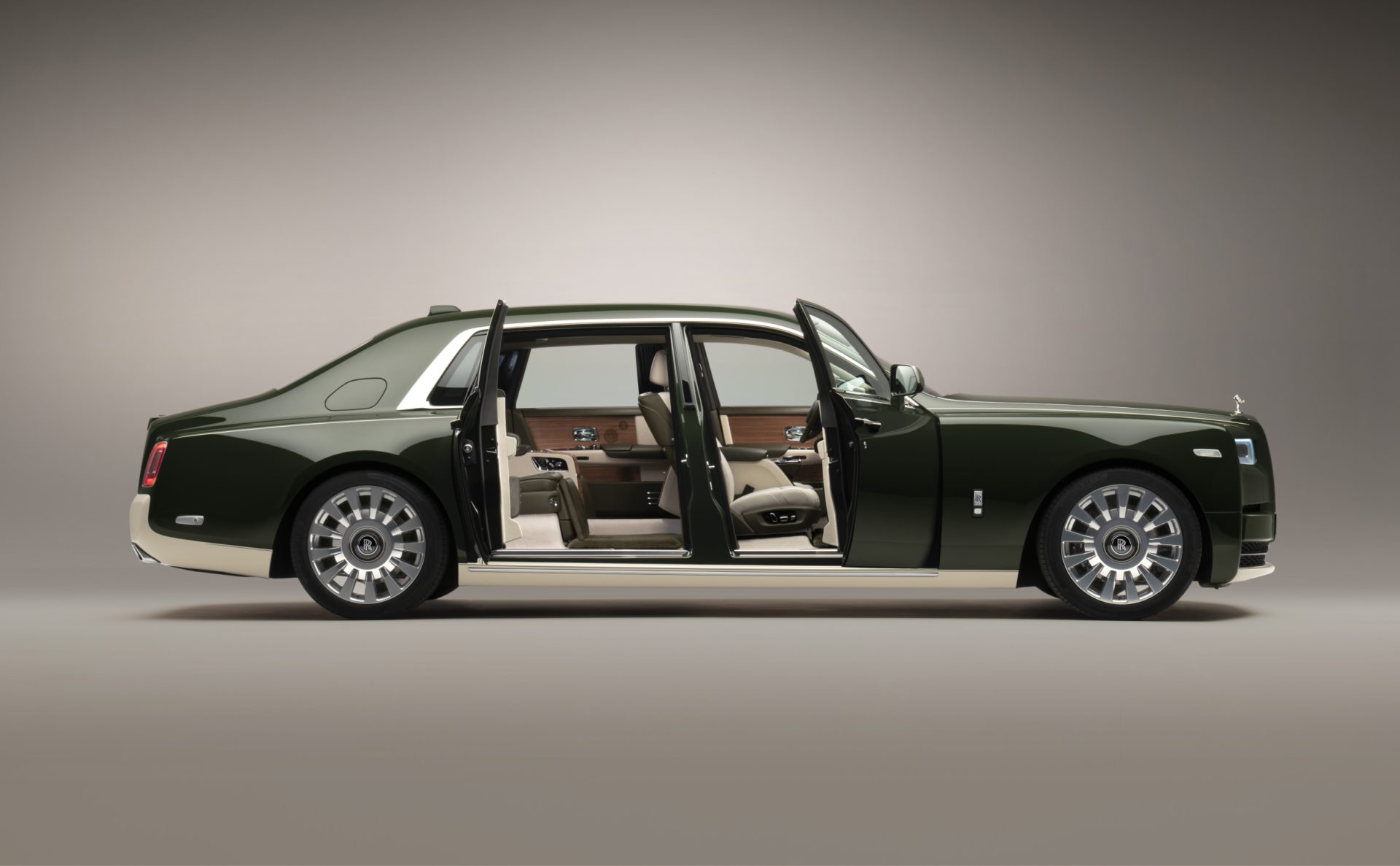 Walking Through History: The Most Visited Museums In The World
TravelRead More
Tommy Hilfiger IMPACT Eau De Toilette Spray Is A Trailblazing Scent Designed For Change...
StyleRead More
Here’s How Much Your Social Media Profile Is Worth On The Dark Web
GearRead More
Dolce & Gabbana Updates Its Day Master Sneakers
StyleRead More
Want the low-down on the latest rides and gadgets? We have it all. Sign up to receive it.

The worlds of luxury motoring and high fashion have come together as Rolls-Royce and Hermès collaborate for the Phantom Oribe. The truly one-of-a-kind model is the result of a unique partnership between the two houses.

Commissioned by Japanese entrepreneur, art collector and supercar enthusiast Yusaku Maezawa, the Phantom Oribe is a truly opulent ride. To realise this vision of luxury Rolls-Royce and Hermès brought three centuries’ of combined experience and heritage together.

The model features an exterior and interior designed and handcrafted by bespoke specialists from both brands. Bringing together their expertise, materials, and techniques, the Phantom Oribe expresses the values of both renowned luxury brands.

The Phantom Oribe was put together by a combined team of bespoke specialists at the Home of Rolls-Royce at Goodwood, West Sussex, and Hermès in Paris. It reflects the personality and passions of its owner. The client envisioned the car as a ‘land jet’, bringing the serene exclusivity of private air travel to the road.

Outside, the car’s striking two-tone exterior matches the characteristic green and cream glazes of antique Japanese Oribe ware, of which the Japanese entrepreneur is a prominent collector. The upper part is finished in Oribe Green, a fully bespoke colour created exclusively for the client. In an unusual move, Rolls-Royce has also made the paint available for use on the client’s private jet.

The Oribe ware-inspired colourway continues harmoniously through the interior. It was created and realised through a true meeting of minds between Rolls-Royce and Hermès. Inside, the cabin is finished predominantly in Hermès Enea Green leather. It also extends to immediate touchpoints such as the steering wheel, duchess handles, gear selector and rotary controls.

In a sign of the project’s truly collaborative nature, the glove compartment lid is embossed with the signature Habillé par Hermès Paris. Delicate Hermès piping adorns the headrest cushions and calf supports of the rear seats. Soft Seashell White accents and matching lambswool floor mats create a sense of light and space throughout.

The interior is also replete with examples of Rolls-Royce Bespoke design and craftsmanship. Open Pore Royal Walnut is additionally applied to the centre and rear consoles and picnic table backs. Hermès ‘Toile H’ canvas features on the door armrests, centre, and rear consoles and, most notably, the signature headliner. 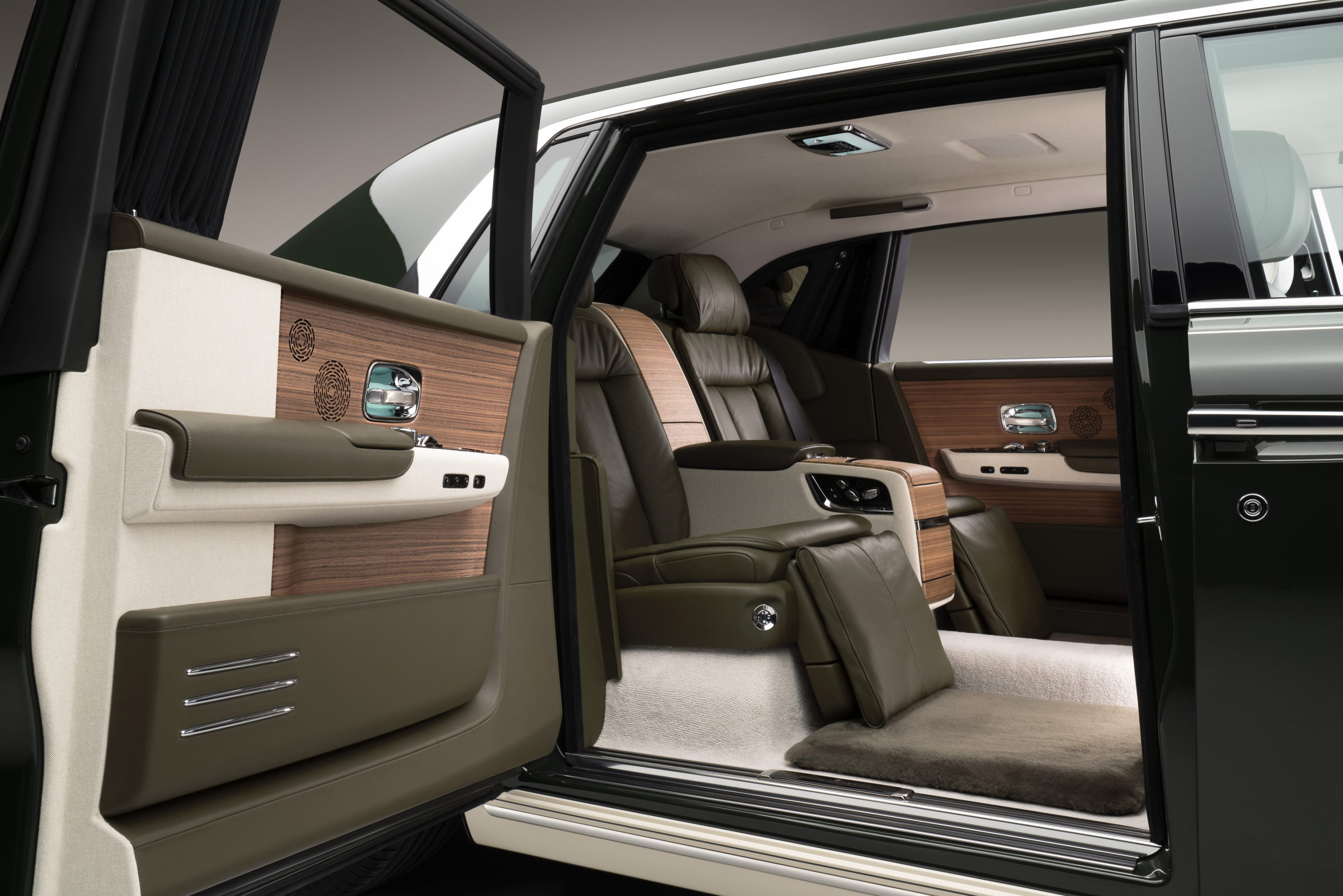 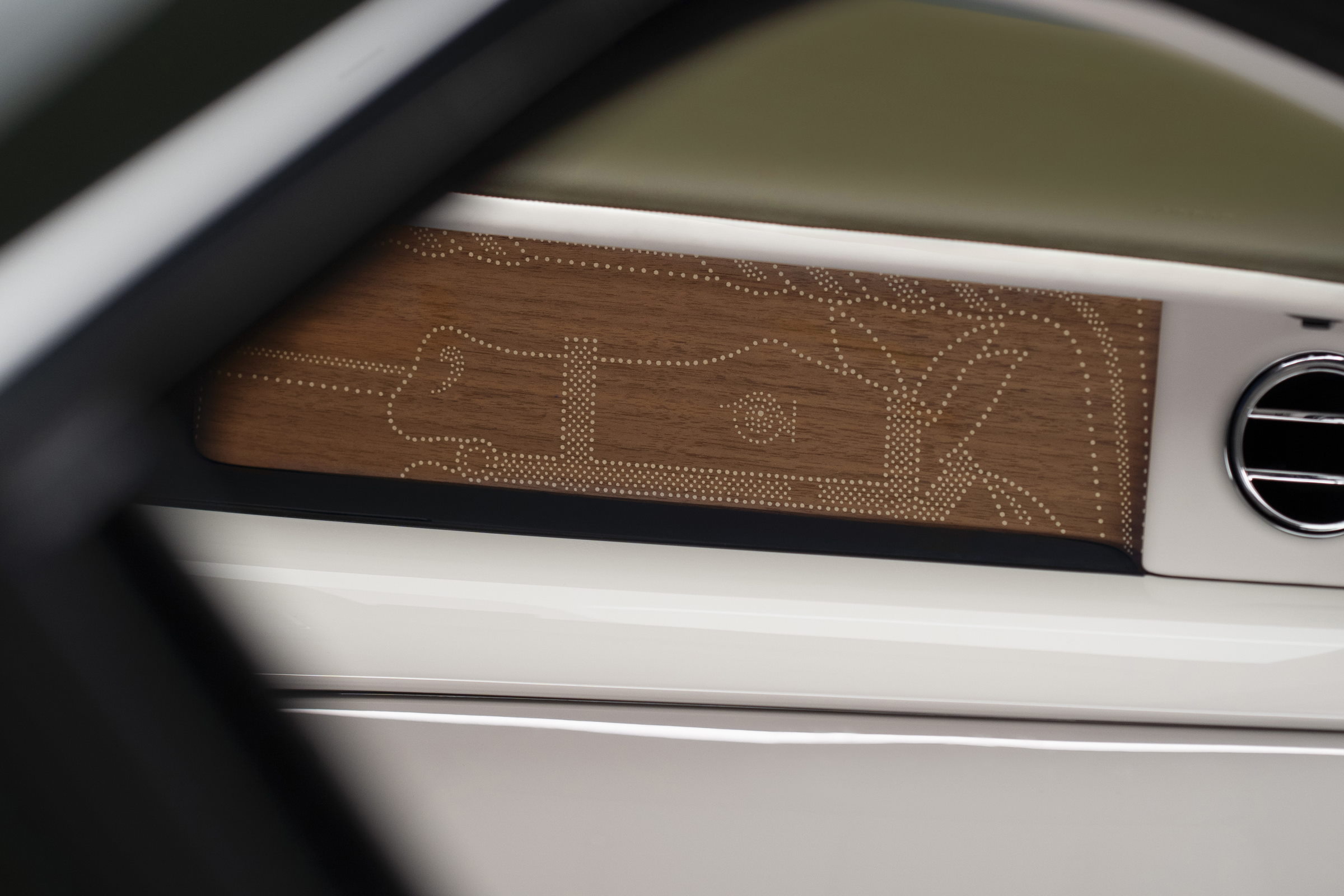 Artwork based on a design by French artist Pierre Péron A bespoke Rolls-Royce Phantom in collaboration with Hermès

Artwork based on a design by French artist Pierre Péron

For Phantom’s Gallery, a feature unique to Rolls-Royce that runs the length of the motor car’s fascia, Hermès commissioned an artwork based on a design by the celebrated French artist and illustrator Pierre Péron (1905 to 1988) who created many of the House’s iconic scarves. The work, inspired by the famous Hermès horse motif, is hand-painted on Open Pore Royal Walnut. It is presented as though staged in an art gallery, behind glass.

Motoring
Hermes
cars
luxury
collaboration
automobile
Rolls-Royce
bespoke
Richard Augustin
Former chef turned writer; Richard has tip-toed around the publishing industry for two decades. When not busy chasing deadlines, you can still find him experimenting with recipes in the kitchen.
Talk to Me About:
cars
Motoring
fashion
menswear
Culture
lifestyle

These Celebrities Have The Most Covetable Car Collections
Manas Sen Gupta
Gear
The Lotus Evija Sets The Standard For All-Electric Hypercars
Richard Augustin
Gear
From Face Mask Unlock To Avoiding App Tracking, Here's What To Expect From The Apple iOS 14.5 Update
Mikhail Gomes
Gear
Rolls-Royce And Hermès Have Collaborated On A Bespoke Phantom
Richard Augustin
Gear