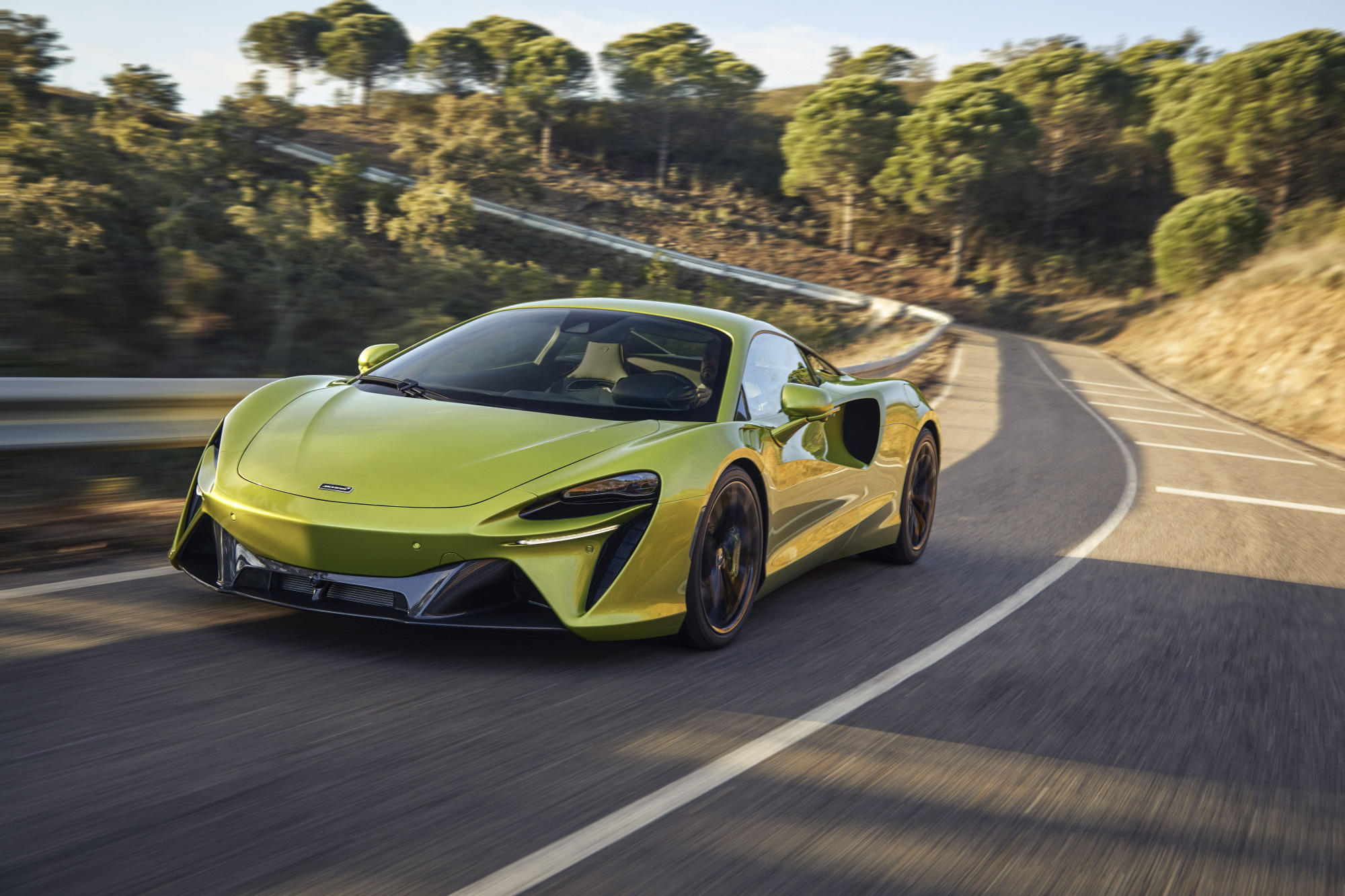 What exactly is the secret recipe in creating a high-performance hybrid supercar? Well, if you ask McLaren, it’s about taking 50 plus years of expertise in super-lightweight engineering and racing technology. Then mixing that with a little bravado. The result, if you are lucky, is something along the lines of the new McLaren Artura.

Just this week, McLaren lifted the covers off the all-new Artura – its next-generation high-performance hybrid supercar. The launch coincided with a showcase coming from McLaren’s headquarters in Woking, England featuring brand personalities. McLaren Formula 1 driver Daniel Ricciardo was also shown trying out the new model prior to its global launch.

After its big reveal, it is time to take a closer look at the all-new McLaren Artura. Here are the reasons why McLaren’s first series-production high-performance hybrid is deserving of the hype it has been generating.

The new McLaren Artura is powered by an all-new hybrid powertrain that features a new compact twin turbocharged V6 engine. Paired with a compact E-Motor, the hybrid powertrain generates a total output of 671bhp and 720Nm of torque. All that power is kept in check with a new 8-speed dual-clutch transmission. Combined, the Artura can achieve the 0 to 100kmh sprint in just three seconds with an electronically-limited top speed of 330kmh.

The Artura does arrive with supercar credentials but it is also a highly efficient green machine. The model offers 30km of pure electric range, which can be selected through one of its four Powertrain modes. In all-electric mode the Artura manages a top speed of 130kmh. The full plug-in hybrid vehicle can be charged to 80 percent in just 2.5 hours. Interestingly, the E-Motor also handles reverse gear duties for the model.

The company’s first high-performance hybrid series supercar opens a new era for electrification across the McLaren range. It is also the first model to utilise the new McLaren Carbon Lightweight Architecture (MCLA) at its core. The new in-house designed and developed chassis has been specifically optimised for high-performance hybrid applications. It not only includes a bespoke battery compartment within its design but also ground-breaking domain-based ethernet electrical architecture. This reduces cabling by 25 percent while speeding up data transmission affording outstanding levels of thrilling performance, driver engagement and efficiency.

The engineering artistry beneath the Artura’s skin is complemented by its exterior design. The model exudes a pure supercar design with a low-nose, high-tail stance along with a short wheelbase and low stance. The lithe, technical sculpture with minimal body shut lines and panel joints is further enhanced with McLaren’s signature dihedral doors. Opening closer to the body and housing mirrors that fold in more tightly, provides the Artura with a ‘shrink-wrapped’ appearance. The overall effect provides the car with a sporty appeal with enhanced aerodynamic airflow for performance and cooling.

Inside McLaren designers have provided the Artura with a cockpit centred more than ever around the driver. Ergonomics have been carefully thought through with the steering kept clear of unnecessary switches. The driver can now adjust driving modes without taking their hands off the wheel, keeping them fully connected to the driving experience. The McLaren Artura is also kitted out with an all-new McLaren infotainment and connectivity system, which utilises two high-definition screens. A Bluetooth low-energy vehicle key also powers up to welcome occupants when it detects the driver heading towards the vehicle.

The Artura features four Powertrain modes, including an E-mode for emissions-free, electric-only driving. Comfort mode maximises range and efficiency, with the combustion engine shut off under 40kmh. It also uses an extended stop and start mode that is phased in for greater speed and power requirements. In Sport and Track modes, the electric power is deployed in an increasingly aggressive manner for low-end response and acceleration. The handling mode choices also automatically adjust damper firmness and the degree of Electronic Stability Control intervention. This not only helps enhance safety but also adapts to driver preferences as well as weather and road conditions.